Needled to Death by Annelise Ryan 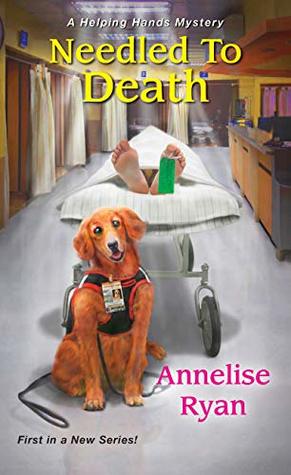 Hello!  Love at Pebble Creek by Lisa Jones Baker, Flour in the Attic by Winnie Archer, and Death by Jack-O-Lantern by Alexis Morgan will be out on August 27.  Diamond in the Rough by Jen Turano is the second novel in the American Heiresses series and it publishes on September 3. Stamped Out by Tonya Kappes debuts A Mail Carrier Cozy Mystery series and it releases on October 29.  To find out more about each title, click on the book title. 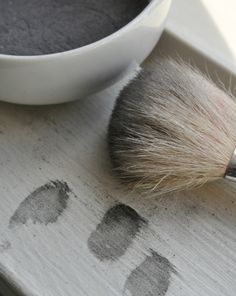 Needled to Death by Annelise Ryan takes readers on a voyage to Sorenson, Wisconsin.  Clothilde “Hildy” Schneider is a social worker at Sorenson General Hospital.  She is the facilitator for the grief support group where they have a new attendee this week.  Sharon Cochran believes her son, Toby was murdered, but the police do not believe her.  Sharon wants the group to help her find her son’s killer.  Hildy believes the case would be a good distraction for the people in the group and encourages their interest in the case.  Hildy understands Sharon’s desire because her mother was murdered, and the killer was never caught.  Sharon said Toby had been acting differently in the weeks leading up to his death and he kept drawing the same footbridge repeatedly.   Hildy enlists the assistance of the handsome Detective Bob Richmond and begins delving into Toby’s life.  She soon collects enough evidence to get Bob to reopen the investigation and Hildy convinces him to allow her to participate.  Will Hildy be able to track down the killer without ending up the next casualty and leaving her therapy dog, Roscoe an orphan?

Needled to Death is the first book in A Helping Hands Mystery series which is a spin-off of A Mattie Winston Mystery series.  Needled to Death can be read as a standalone though.  Hildy Schneider is a social worker, pleasantly plump, single, and has some quirks.  Hildy’s mother was murdered when she was seven years old.  She then found herself in the foster care system where Hildy was a less than an ideal child.  She moved from home to home until she aged out of the system.  Being in the foster care system left Hildy with an odd habit or two that she has been unable to shed.  When Sharon Cochran asks for the grief support group’s assistance in proving her son was murdered, Hildy wants to help because her mother’s case is still unsolved.  Hildy talks with Mattie Winston and then teams up with Detective Bob Richmond.  Hildy became assertive with Bob regarding the case and also worked up the courage to ask him out on a date.  Bob is a handsome and has been working out since he was shot.  Hildy is surprised to learn he is fifty-two (he does not look his age).  Jonas Kriedeman, an evidence technician, is attracted to Hildy and invites her to dinner.  The mystery is multilayered with a twist or two.  Hildy stumbles upon an interesting find that, in my opinion, was the best part of the mystery.  I was happy that all the details of the case are revealed providing a satisfying conclusion.  I found it fascinating when Hildy was trying to lift a print and how she was able to utilize it.  I did find Needled to Death to be a slow starter and I did not like the repetitive details (that Hildy was in the foster care system, bad homes, she has no family, her mother’s history).   I like that the author took the time to establish the main characters and there are descriptive details on each character.  I did not like that Needled to Death is written in the first person (it was unappealing to me).  P.J., the neighbor’s daughter, was a delightful addition to the book.  I liked her frank nature.  Roscoe, Hildy’s golden retriever, is a protective and comforting dog.  He was a sweetie.  Those readers who enjoy A Mattie Winston Mystery series will be delighted with A Helping Hands Mystery series.  Needled to Death has a protective pooch, a dashing detective, a cold case, a perplexing puzzle and a caring counselor.
Needled to Death is available at Amazon (and other major retailers) in ebook, paperback, and audiobook. You can read an extract from Needled to Death at KensingtonBooks.com. Annelise Ryan's next novel is Dead Ringer which is the eleventh A Mattie Winston Mystery.  It is available for pre-order and comes out February 25, 2020. Thank you for dropping by today.  I will be reviewing A Sister's Sorrow by Kitty Neale next time.  Sunday's are the day I feature books that I was unable to review when they were released.  I hope you have a fascinating day.  Take care, stay cool and Happy Reading! 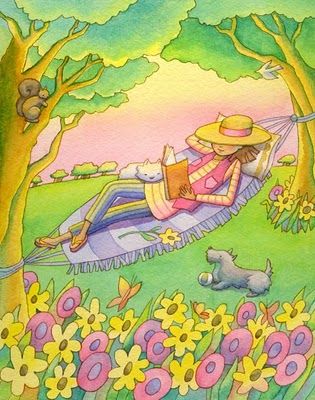