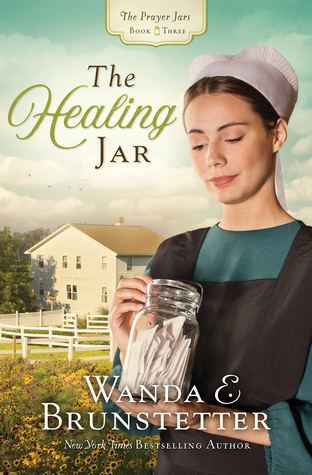 Happy First Day of August!  The Women of Mulberry Lane by Rosie Clarke is out today.  It is the fifth novel in The Mulberry Lane series.  It is a heartwarming historical series and I will be reviewing it on August 7.  The Healing Jar by Wanda E. Brunstetter is also out today and the book I am featuring.  It is the third installment in The Prayer Jar series. 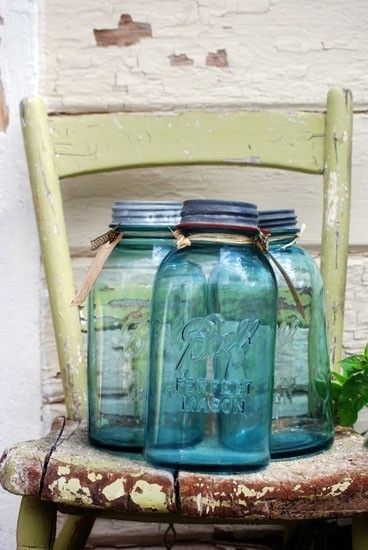 The Healing Jar by Wanda E. Brunstetter returns readers to Strasburg, Pennsylvania.  Lenore Lapp is a local schoolteacher in her 20s who is still single.  The right man has not come along for Lenore and she wonders if one ever will.  Since her grandfather’s stroke, Lenore has moved into her grandparents’ home to help her grandmother, Mary Ruth with his care.  Lenore’s faith has taken a downturn, and she wonders why bad things happen to good people.  Lenore admires her grandmother’s strong faith and positive attitude.  Then she finds an old canning jar filled with scripture verses, prayers and inspiring quotes.   Jesse Smucker is a widower with a six month old daughter who needs a new start.  His relatives recommend that he remarry to provide a mother for Cindy, but Jesse is still in love with his wife.  While school is out of session, Lenore volunteers to watch Cindy for Jesse.  As Jesse sees his little girl bond with Lenore, he realizes that Cindy does need a mother.  Jesse is thinking about a marriage of convenience while Lenore dreams of a marriage like her grandparents.  What does the Lord have in store for Jesse and Lenore? 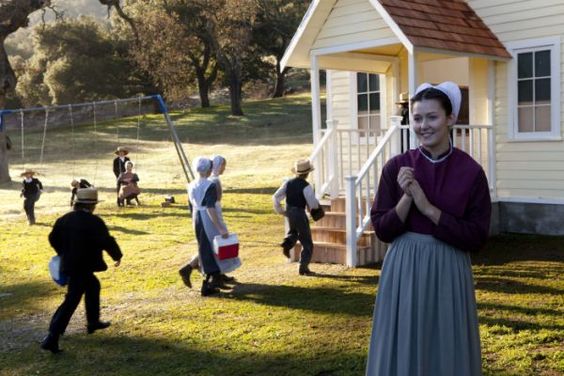 The Healing Jar is the third installment in The Prayer Jar series.  You do need to read the books in order for the complete story.  In this final book in the series, we get to know Lenore.  Lenore is the local schoolteacher who dreams of having a happy marriage and a houseful of children.  Unfortunately, the right man has not come along for Lenore.  After Willis Lapp suffers a debilitating stroke, Lenore’s faith has weakened.  She does not understand why bad things happen to good people like her grandparent’s.  Jesse Smucker’s wife died giving birth to their daughter, Cindy.  He left Kentucky to start anew away from the memories, but it is hard being a single parent.  Jesse wants a marriage of convenience since he still loves his deceased wife, and he begins to court Lenore without telling her this little tidbit.  I thought The Healing Jar was well-written with a gentle pace.  It was lovely to revisit the Lapp family and catch up with them.  Mary Ruth is a positive woman with strong faith which aids in her times of adversity.  Michelle is shocked when Ezekiel wishes to move to New York.  She wants her husband to find a job he loves, but Michelle does not want to be away from her family and friends.  It is been a year and half since they married, and Michelle has yet to get pregnant which worries her.  Sara and Brad are happily married, but Sara still wonders about the identity of her biological father.  The Healing Jar is an emotional novel and you need to have a box of tissues nearby for some poignant scenes.  I like the prayer jars and how each of our main characters find slips of paper that speak to them.  There are scripture passages, prayers, and inspirational quotes inside the jar.  Our characters pray for guidance and assistance.  I admire their deep faith and how they can pray in front of others. They are good Christians and they live by example which is hard to do in this day and age.  I did find some items repeated too often.  An example is Jesse’s love for his wife, Esther and Michelle’s desire for children.  There are discussion questions at the end of the book along with a recipe for Lenore’s Pineapple Philly Pie.  The Healing Jar is a satisfying conclusion to this uplifting series. 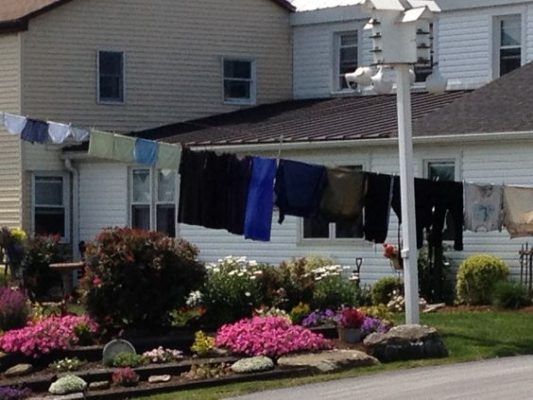 The Healing Jar is available on Amazon and you can get an extended free preview here.  You can watch a video trailer for The Healing Jar here.The Hope Jar and The Forgiving Jar are the first two books in The Prayer Jar series. For more information on Wanda E. Brunstetter and a list of her books, visit her website.  Thank you for joining me today.  I will be sharing my thoughts on Clause and Effect by Kaitlyn Dunnett tomorrow.  It is the second A Deadly Edits Mystery.  I hope you have a stellar day.  Take care and Happy Reading! 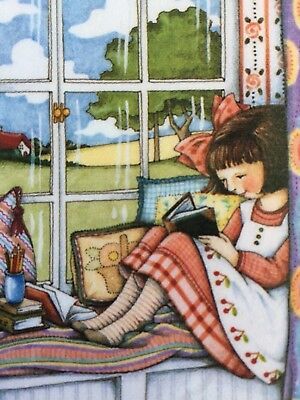