A Reunion at Mulberry Lane by Rosie Clarke 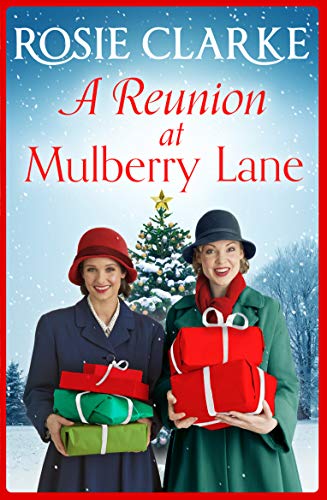 
A Reunion at Mulberry Lane by Rosie Clarke has Peggy Ronoscki and her husband, Able busy with their seaside café in November of 1949.  With everything except sugar no longer rationed, they can offer delicious meals to their customers.  Their daughter, Fay turns out to be whiz at figure skating, but she needs to be in London if she is to train properly.  Peggy does miss her friends and family who are back on Mulberry Lane.  Janet, Peggy’s daughter, is struggling after her miscarriage.  She will not share her feelings with her husband nor her mother.  Janet is pushing her husband away and it could cause irreparable harm to her marriage.  Sheila Ashley, Peggy’s daughter-in-law, would love another child.  After the difficulty she experienced having her son, the doctor’s advised Sheila to not have another child.  She makes a decision that could cost Sheila her life.  Rose Barton knows how lucky she is to have Tom, but a part of her is not content.  A man at the marketplace flirts with Rose which causes her to blush.  She gives him no encouragement, but one day he decides to go a step further.  Tom loves Rose and is not about to let anyone touch his wife. Maureen Hart is busy with the café she co-owns with Sheila.  Her stepdaughter, Shirley is almost done with her exams and will be heading to medical school soon.  Maureen misses Peggy and would love for her family to come up to London for Christmas.  They are hoping to convince the Ronoscki family to return to Mulberry Lane. 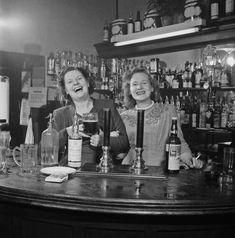 A Reunion at Mulberry Lane by Rosie Clarke is the 6th tale in The Mulberry Lane Series.  I believe it is best if this series is read in order.  Each book builds upon the previous one.  There is a great cast of characters in this series.  Peggy is the matriarch who brought them all together.  She has been through so much and deserves the happiness she has with Able.  Changes may be in store for Peggy as Fay discovers she is a natural at ice skating.  I enjoyed catching up with Peggy, Able, Maureen, Sheila, Pip, Rose, and Tom.  Each family experiences the good and the bad that life has to offer.  I thought A Reunion at Mulberry Lane was well-written and it moves along at a steady pace.  I like the authors descriptions because I feel that I am experiencing things with the characters.  I could imagine walking around the market picking out bits and pieces for Christmas or pulling a pint at the pub.  There is an abundance of food in this tale.  They are eating well now that the war is over and more items are available to them.  These ladies are wonderful cooks and bakers.  I can see why the pub and the two cafes are crowded.  Mulberry Lane is such a cozy place where people look out for each other.  The people are there to help pick up the kiddies from school, take food to someone in need, or help out in the pub.  There are changes being made in the East End, but it has yet to affect those who live and work on Mulberry Lane.  I enjoyed reading A Reunion at Mulberry Lane as I do all of Rosie Clarke’s books.  It was lovely spending Christmas on Mulberry Lane with this group.  A Reunion at Mulberry Lane is a saga with family, friendship, drama, romance, hardship, heartbreak, grief, and fun.  This is what I call a comfort read. I would love PBS to make this into a television series.  A Reunion at Mulberry Lane is a charming historical novel with countless cakes, a spoiled skater, a melancholy mother, unpredicted prospect, matrimonial misfortunes, and a cheery Christmas. 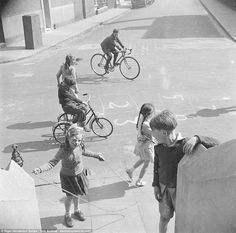 A Reunion at Mulberry Lane is available from Amazon*.  You can find the other novels in The Mulberry Lane series here.  It began with The Girls of Mulberry Lane.  All the books except New Arrivals at Mulberry Lane are available on Kindle Unlimited.  Rosie Clarke also writes Welcome to Harpers Emporium series.  The next book in this series is Harpers Heroes which releases November 19.  Check out Rosie Clarke's other historical novels here.  Thank you for stopping by today.  I will return tomorrow with Southern Bred and Dead by Angie Fox.  It is the 9th tale in The Southern Ghost Hunter Mysteries.  I hope that you have a jolly good day.  Take care, be kind, and Happy Reading! 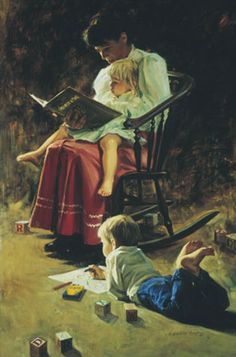