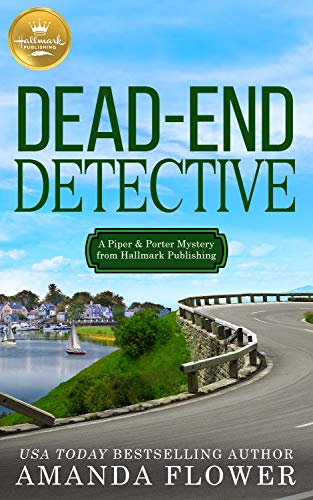 
Dead-End Detective by Amanda Flower has Darby Piper shocked when she is wakened during the night to be told that her business partner, mentor, and friend, Samantha Porter is dead.  Darby does not like it that they were at odds with each other and now the situation cannot be rectified.  Then she learns that Samantha was deliberately run off the road and the evidence is pointing to Darby as the guilty party.  Darby and Samantha were partners in the Two Girls Detective Agency.  Darby is surprised to learn that Samantha did not leave her shares of the business to her as they had agreed.  Samantha changed her will leaving her sixty percent to her wandering nephew, Tate Porter.  Tate has returned to town and wants to join Darby in her investigation into Samantha’s death.  Darby does not know if she can trust Tate, but he will not take no for an answer.  Can this detective duo unravel the clues to discover who did away with Samantha? 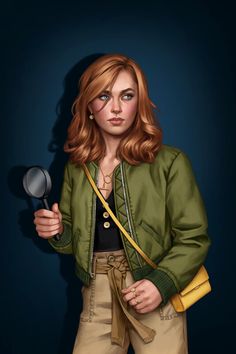 
Dead-End Detective by Amanda Flower is the debut of A Piper and Porter Mystery series.  We are transported to Herrington, New York on Seneca Lake where Samantha Porter and Darby Piper run Two Girls Detective Agency.  Darby is upset because Samantha is talking about selling the business and a taking a job as head of security at Lake Waters Retreat.  Samantha is then murdered, and someone has set up Darby to take the fall.  Darby reluctantly teams up with Samantha’s nephew, Tate Porter to find the killer.  I thought Dead-End Detective was well-written with interesting characters and a beautiful setting.  I like that the author took the time to establish the setting and the main characters.  Tate is still a bit of an enigma, but I am sure we will get to know him better in each subsequent book.  He is a charmer and I like how kept popping up when Darby attempted to investigate on her own.  I liked Darby’s mother who is the town librarian.  The whodunit had several suspects, misdirection, and subtle clues.  Someone worked hard to frame Darby.  I like how it all came together, though, I did feel that Darby stumbled upon the solution.  I would have preferred for Darby to solve the case since she is supposed to be such a good detective.  I like how she questioned her various suspects and solved her open cases.  There is humor in the story that mostly comes from the elderly Mrs. Berger and her spoiled cat, Romy.  There is romance potential for Darby.  There is her ex-boyfriend (who does not deserve her) and Tate.  I loved the name of Darby’s cat, Gumshoe.  There is a secondary storyline involving Matt Billows who owns Lake Waters Retreat.  He is trying to buy Mrs. Berger’s land which she does not want to sell.  Dead-End Detective is a good start to this new series, and I look forward to reading the next installment in A Piper and Porter Mystery series.  Dead-End Detective is a charming cozy mystery with one dead detective, an itinerant nephew, a climbing cat, a tenacious nonagenarian, and a set-up sleuth.
Dead-End Detective is available from Amazon*.  You can find other mysteries by Hallmark Publishing here.  Amanda Flower has Candy Cane Crime coming out on October 27.  It is An Amish Candy Shop Mystery novella (Book 5.5).  Lemon Drop  Dead will be the 6th An Amish Candy Shop Mystery and it releases on April 27, 2021.  Thank you for reading my review today.  Next time I am featuring Thread and Dead by Elizabeth Penney.  It is the 2nd book in The Apron Shop Series.  I hope that you have a restful day.  Take care, be kind, and Happy Reading! 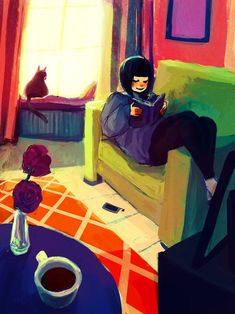