About 15 Minutes of Flame

When Stella’s friend inherits a creaky, abandoned home in Nantucket, she knows it’s the perfect setting for the town’s annual Halloween fundraiser. A deserted, boarded-up building on the property—once used as a candle-making shop—adds to the creepy ambiance. But as Stella explores the shack’s dilapidated walls, she discovers a terrible secret: the skeleton of a Quaker woman, wrapped in blood-soaked clothing and hidden deep within a stone hearth . . .

While police investigate, Stella wastes no time asking for help from friends with long ties to Nantucket’s intricate history. The key to the murder may lie within a scorching 18th century love triangle that pit two best friends against one another over a dubious man. But before the case is solved, another life will be claimed—leaving Stella to wonder who in Nantucket is friend, and who is foe . . . 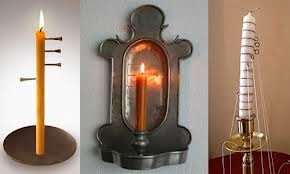 Christin Brecher was born and raised in NYC, where her family and many childhood friends still reside. As such, she feels she is as much of a small-town girl as any. The idea to write the Nantucket Candle Maker series sprang from her life-long connection to the small island off the coast of Massachusetts. Spending summers there as a child, Christin read from her family’s library of mystery novels, after which she began to imagine stories inspired by the island’s whaling heyday, its notoriously foggy nights, and during long bike rides to the beach. After many years in marketing for the publishing industry, followed by years raising her children, Murder’s No Votive Confidence is Christin’s debut novel. Visit her at www.christinbrecher.com. 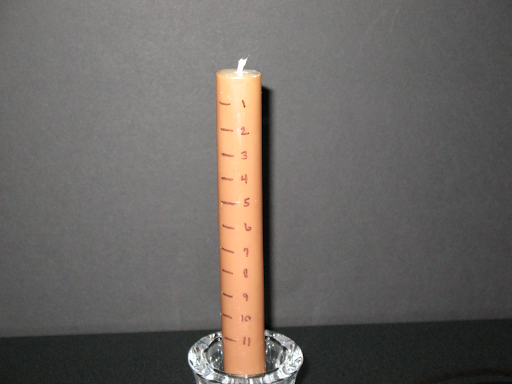 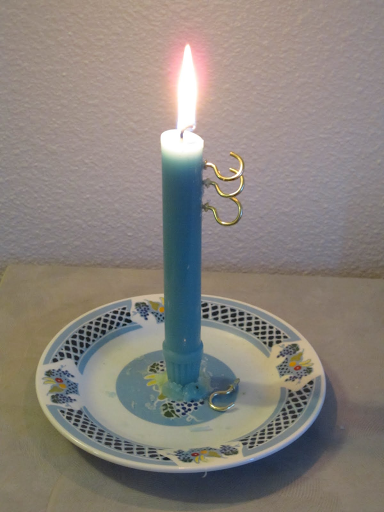 15 Minutes of Flame by Christin Brecher has Stella Wright helping the local Girl Scout troop with their Halloween Haunts fundraiser which will be held at Morton house.  Stella goes into what the girls dubbed The Shack to find a “Cooper’s Candles” sign.  When Stella removes the sign, she finds a carved-out space behind it with a skeleton dressed in a Quaker clothing.  She quickly calls Officer Andy Southerland.  Anthropologist Dr. Robert Solder and his assistant, Leah Paik from Boston University soon arrive to examine the remains.  The skeleton ties to an old scandal and another skeleton at the bottom of a well.  Exploration of the site leads to a modern murder.  Stella works to solve both crimes with the aid of her friends. 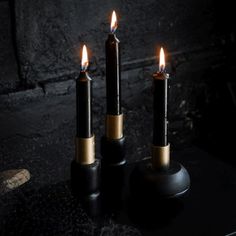 15 Minutes of Flame is the 3rd novel in A Nantucket Candle Maker Mystery series.  It can be read as a standalone for those new to the series. Christin Brecher upped her game with 15 Minutes of Flame.  Stella Wright owns Wick & Flame on Nantucket Island, Massachusetts.  It is interesting learning about unique candles and how to make them in each book.  This time Stella teaches the Candleers how to make clock candles.  I enjoyed the word imagery describing Nantucket Island especially the Morton house.  I can understand why Stella loves the beautiful old home.  Stella is a likeable and relatable protagonist.  She is a clever, friendly, kind, and brave.  Stella stands up for herself and her friends.  She is quick to notice details and discern clues.  Stella also has a knack for getting people to talk which is helpful in her investigations.  There are a variety of quirky characters including Old Holly, Agnes, Jameson Bellows, and Brenda Worthington.  The mystery was fascinating.  I like how the modern mystery weaves effortlessly with the historical one.  There were a variety of suspicious suspects.  There are some great twists as well.  It was fun following Stella as she worked to solve the two whodunits.  Who does not love a mystery that involves a treasure map?  There was a good wrap up of both mysteries with the exception of one little detail (I cannot say because it would be a spoiler).  The ending was satisfying and just what I had hoped would happen.  15 Minutes of Flame is my favorite book so far in this series.  I am eager for Stella’s next adventure.  15 Minutes of Flame is a delightful whodunit with clock candles, scary skeletons, a tumbling tree, a missing map, creepy cobwebs, and a curious candlemaker. 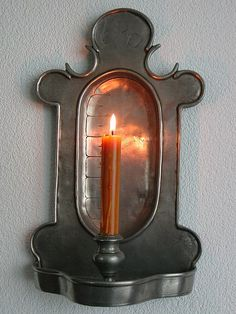 15 Minutes of Flame is available from Amazon, B&N, Kobo, Google Play, and IndieBound.  The other two novels in A Nantucket Candle Maker Mystery series are Murder No Votive Confidence (ebook currently $1.99 on Amazon) and Murder Makes Scents.  As part of the tour, the author is giving away five (5) ARC copies of 15 Minutes of Flame (sorry, but U.S. residents only).  You can enter by clicking here or use the Rafflecopter form below.  Do not forget to leave a comment for an extra entry.  Good Luck!  The graphics I used today are of clock candles which Stella teaches a class to make in 15 Minutes of Flame.  Thank you for stopping by today.  I must say that I am not a fan of the new Blogger interface.  It is not as user friendly as the previous version.  It is not as easy to insert pictures or HTML. If there are any errors, I apologize. I will be back tomorrow with Secrets of the Railway Girls by Maisie Thomas.  It is the 2nd book in The Railway Girls series.  I hope you have a happy day.  Take care, be kind, and Happy Reading! 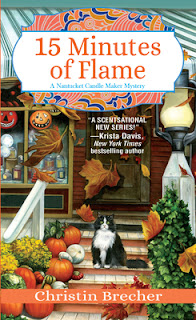 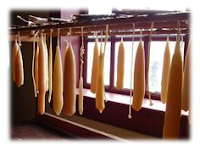 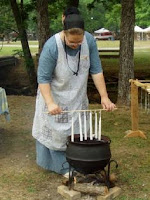 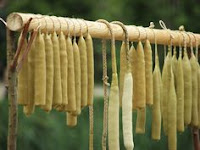 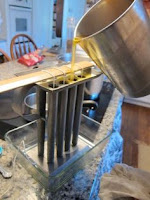 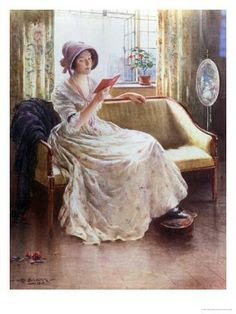