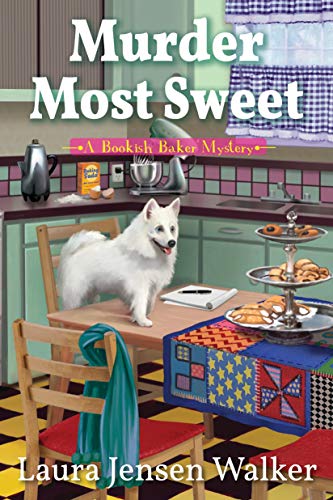 Murder Most Sweet by Laura Jensen Walker has cozy mystery author and breast cancer survivor, Teddie St. John rushing to the Corner Bookstore for a book signing featuring Tavish Bentley.  Unfortunately, an incident involving a hot flash and too much cold water has Teddie scurrying home to change.  She is upset, though, that someone stole her scarf while she was in a stall.  A refreshed Teddie is walking her American Eskimo dog, Gracie in the alley behind the bookstore when she spots her scarf.  Teddie hurries over to rescue it and finds the scarf wrapped tightly around the neck of a dead woman.  Sheriff Brady Wells is quick to arrive along with a crowd of gawkers.  The deceased is none other than Tavish Bentley’s fiancée, Kristi Black.  Despite Brady being one of Teddie’s oldest friends, he must handle the town’s first ever murder investigation by the book which means Teddie is on the suspect list.  When Teddie learns that a morality clause in her book contract could axe her series, she quickly starts a file with information about the victim and potential suspects.  Teddie with aid from her friends, Char and Sharon sets out to clear her name and catch a killer.  If only the murder investigation was as easy to solve as whipping up a Wisconsin Kringle.
My Thoughts

Murder Most Sweet by Laura Jensen Walker is the debut novel in A Bookish Baker Mystery series.  Teddie St. John is a strong female protagonist who is an author, avid baker, and breast cancer survivor.  Teddie writes a cozy mystery series set in a town similar to her own of Lake Potawatomi, Wisconsin.  She is a likeable and relatable protagonist who is going through early menopause (from chemo).  We get to see how the breast cancer has changed Teddie’s body and life. There are some humorous moments.  There are a variety of secondary characters that includes her fashionista mother, Sheriff Brady Wells, and her two close friends, Char and Sharon.  Teddie has an American Eskimo dog named Gracie who is such a sweetie.  Two women die in this whodunit after famous author, Tavish Bentley comes to town.  Teddie becomes a suspect because she has no alibi and her scarf was used as the murder weapon.  The evidence is circumstantial, but the police must follow procedure.  The clues, like the killer, were obvious.  I would have liked a more challenging mystery.  Despite two murders, romance is in the air for Tavish and Teddie.  At times, Murder Most Sweet felt more like a romance than a mystery.  Teddie likes to bake and does so frequently especially when she is stressed.  She whips up treats for friends and for bribes to get information.  It was interesting learning about the pastries native to Teddie’s ancestry and Wisconsin like the Kringle.  To my disappointment, there foul language present throughout the story (mild).  I preferred it when these type of words were taboo in cozies.  There is a scene involving Gracie that dog lovers will find upsetting.  I loved the Lord Grantham reference.  Murder Most Sweet is a lighthearted cozy mystery with a bevy of baked goods, an attractive author, modish mother, a concerning contract clause, and one worried writer.
Murder Most Sweet will be out on Tuesday, September 8 and is available from Amazon*.  Deadly Delights is the 2nd A Bookish Baker Mystery (no release date yet).  Ms. Walker has Hope, Faith, and A Corpse publishing on January 12, 2021.  It is the debut of  A Faith Chapel Mystery series.  You can find Laura Jensen Walker's other novels here.  Learn more about Laura Jensen Walker by visiting her website.  Thank you for stopping by today and reading my review.  Tomorrow I am a stop on the Great Escapes Virtual Book Tour for Checked Out for Murder by Allison Brook.  It is the 4th A Haunted Library Mystery. I will be giving away a copy of the book to one lucky follower. I hope that everyone in the United States has a fun and safe Labor Day! Take care, be kind, and Happy Reading! 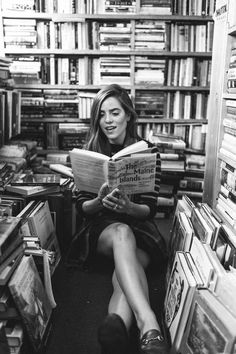