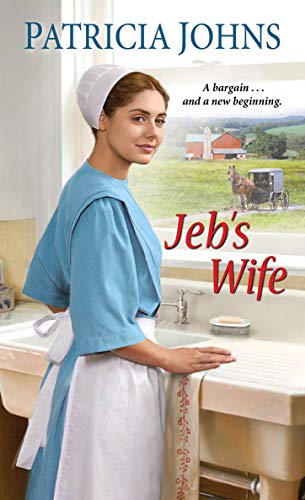 
Jeb’s Wife by Patricia Johns has Leah Riehl back home in Abundance for the summer.  Leah spent the last eight months teaching school in Rimstone hoping it would give her heart a chance to heal after her fiancé, Matthew dumped her and then quickly married someone else.  She knows that her chances of getting married are slim now that she is thirty and unable to have children of her own. Leah is finding contentment teaching the sweet children in Rimstone and taking care of her brother, Simon.   Leah arrives home from Rosmanda Lapp’s to find Jebadiah King helping a bloody Simon out of his buggy.  Simon has been gambling and owes an Englisher a large sum of money.  Jebadiah King is a reclusive widower who was badly scarred when trying to save his wife from a barn fire.  His uncle recently passed and left Jeb the farm as he expected.  However, the uncle added a clause that Jeb must marry within four weeks or the farm goes to Jeb’s cousin.  It is proposed that Leah and Jeb unite in a marriage of convenience which suits them both.  Jeb’s first marriage makes him reluctant to love again or trust the community.  Leah’s smiles and kind heart soon have experiencing unexpected feelings.  Can this pair overcome their issues and have a happy marriage?
My Thoughts

Jeb’s Wife by Patricia Johns is a sweet Amish romance novel.  I thought Jeb’s Wife was well-written with developed characters and steady pacing.  I liked that Rosmanda and Levi from Thursday’s Bride are included in this story, so we get to catch up with them.  Jeb’s Wife can be read as a standalone.  Leah Riehl is trying to recover from the loss of Matthew.  She loved him and he broke her heart.  She cannot believe how quickly Matthew moved on and that he picked an eighteen-year-old as his bride.  Leah raised her younger brother, Simon after their parents died when she was sixteen.  She feels responsible for his behavior that has caused concern in their community.  Leah is shocked when she discovers that Simon has been playing cards and owes an exorbitant amount of money.  Jebadiah King is a widower who had a less than ideal first marriage.  Jeb lost his wife in a barn fire and became badly scarred while trying to save her.  He has become reclusive with only his uncle, Peter for company.  Peter has died and put an unexpected clause in his will.  A marriage of convenience would solve Leah, Simon, and Jeb’s problems. We soon see that a marriage of convenience is easier said than done.  Jeb’s Wife is an emotional story.  It touches on some unique situations for an Amish novel which I liked.  There are some issues that the feminist in me rebelled at.  That a woman’s worth is measured by whether or not she has a husband and children is one of them.   I liked Jeb with his no-nonsense outlook and introverted ways (being an introvert myself, I could relate).  Leah was the perfect counterpart for Jeb.  We see that being part of a community as well as a family can have its ups and downs.  We see that whether you are Amish or English, you have the same types of problems.  Jeb’s Wife is a special story that I enjoyed reading.  I am looking forward to Patricia Johns next Amish novel.  Jeb’s Wife is a poignant tale that will linger with you long after you finish the last page.
Jeb's Wife can be obtained from Amazon* along with other major retailers.  For Rosmanda and Levi's story, reader Thursday's Bride.  You can find Patricia Johns other novels here.  Thank you for visiting today and reading my review.  Tomorrow I am featuring Doggone Dead by Dana McCaslin.  It is the debut of The 2 Sisters Pet Valet Mysteries.  I hope that you have a peaceful day.  Take care, be kind, and Happy Reading! 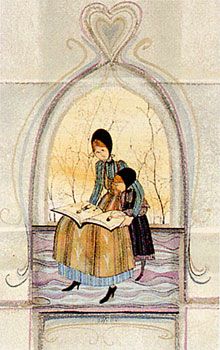