A Shot of Murder by J. A. Kazimer 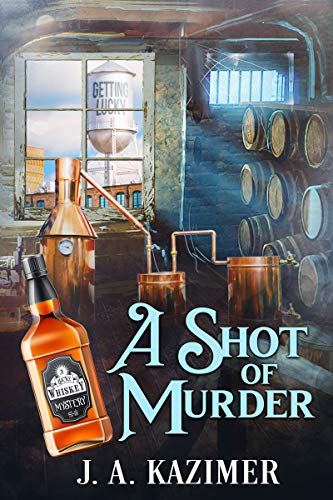 A Shot of Murder by J. A. Kazimer takes readers south to Gett, Florida.  Charlotte “Charms” Lucky was working as an actress in Los Angeles until six months ago when she got a call that her grandfather, Jack had suffered a heart attack.  Charlotte returns home to run The Lucky Whiskey Distillery while Jack recovers under the watchful eye of Sweet Jayme Babbitt.  Charlotte is in the rackhouse one evening so she can test a cask.  She opens a cask and finds the head distiller, Roger Kerrick bobbing in the brew.  Sheriff Danny Gett speedily arrests Jack for first degree murder.  Charlotte knows her grandfather is innocent, and she intends to get answers so he can return home where he belongs.  The problem is a townful of Getts.  Gett Whiskey is the rival distillery and has been for two hundred years (think Hatfield and McCoy’s) since the founder supposedly stole the recipe from Charlotte’s ancestor.  Brodie Gett insists on helping Charlotte.  She has never trusted him and Charlotte has him on her list of suspects.  Someone is intent on derailing Charlotte, but she is not about to let a few incidents stop her from saving Jack and the family business.  Who is behind Roger’s death and why did they set up Jack? 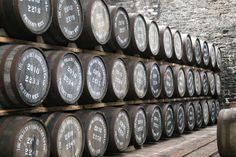 A Shot of Murder by J.A. Kazimer is a lighthearted Southern cozy mystery and the debut novel in A Lucky Whiskey Mystery series.  The story is told from Charlotte Lucky’s point-of-view.  She has returned to Gett, Florida to help her grandfather after his heart attack, but Charlotte continues to hold onto her studio apartment in LA (a girl can hope).  When Lucky finds their head distiller of The Lucky Whiskey Distillery shot to death in one of their casks of aging whiskey, her grandfather is arrested.  Lucky begins questioning people around town and accusing them of murdering the man.  Readers are then introduced to what seems like the entire population of Gett with many of them having the last name of Gett or related in some capacity.  The two whiskey families (Gett and Lucky) have been feuding for two hundred years and Lucky is happy to keep the tradition alive. 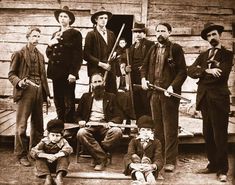 The Gett family is wealthy and owns many businesses in town while the Lucky family is decidedly luckless.  The bickering and rivalry continues throughout the story.  Brodie Gett offers to help Charlotte, or Charms as he calls her, is clearing Jack’s name.  Distrust, miscommunication, and misunderstanding persists between them all through A Shot of Murder.  Other recurring themes are Charlotte’s Prius (mentioned approximately 30 times), Brodie’s Jeep, the STD commercial Charlotte starred in (big mistake), extraordinarily bad food at the Gett Diner, and Charlotte blamed for writing Getting Lucky on water tower as a teenager.  The townspeople are portrayed as redneck Southerners, with bad tempers, shabby clothing, large trucks, big guns and bad grammar.  Alligators seem to pop up whenever Charlotte is in trouble (which is frequently) and incapacitated.  The mystery was hard to concentrate on with everything else that was going on along with the multiple attacks threatening Charlotte’s life.  Identifying the guilty party is, unfortunately, a cinch along with the reason for the violence.  There is one man who believes a woman’s place is on her knees (and, unfortunately, he does not mean praying) and is particularly violent towards Charlotte.  Foul language is rampant in A Shot of Murder.  Charlotte is an immature woman with her foot stomping when she does not get her way, petulant attitude, eye rolling, accusations, rudeness, yelling and foul mouth (plus she is clumsy).  I found reading A Shot of Murder to be a frustrating experience (it gave me a migraine). I did like Rue Gett and her grandson, Brodie.  It is plain to see that Jack loves Charlotte.  They have a sweet relationship.  I liked that the book was set in the sunshine state.   A Shot of Murder could have benefited from a severe editing and a major rewrite.  A Shot of Murder is a blithe cozy mystery with attacking alligators, wrecked whiskey, bobbing body parts, detestable diner food, and feuding families.

A Shot of Murder is available from Amazon*.  Still as Death is the 2nd novel in A Lucky Whiskey Mystery series.  You can find J.A. Kazimer's other novels here.  While A Shot of Murder was not my type of story (my mother says that I do not have a sense of humor), it does appeal to many other readers.  You can read a sample of A Shot of Murder at Amazon.com to see if this is your type of book.  Thank you for reading my review.  I will be back on Monday with Murder Most Sweet by Laura Jensen Walker.  It is the debut of A Bookish Baker Mystery series.  I hope you have a charming day.  Take care, be kind, and Happy Reading! 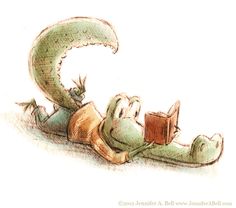 Email ThisBlogThis!Share to TwitterShare to FacebookShare to Pinterest
Labels: A shot of Murder, Beyond the Page Publishing, Book Review, cozy mystery, J.A. Kazimer, the avid reader