The Orphan from Cemetery Hill by Hester Fox: Review & Excerpt! 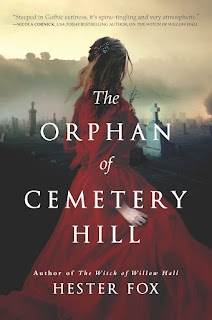 The dead won’t bother you if you don’t give them permission.

Tabby has a peculiar gift: she can communicate with the recently departed. It makes her special, but it also makes her dangerous.

As an orphaned child, she fled with her sister, Alice, from their charlatan aunt Bellefonte, who wanted only to exploit Tabby’s gift so she could profit from the recent craze for seances.

Now a young woman and tragically separated from Alice, Tabby works with her adopted father, Eli, the kind caretaker of a large Boston cemetery. When a series of macabre grave robberies begins to plague the city, Tabby is ensnared in a deadly plot by the perpetrators, known only as the “Resurrection Men.”

In the end, Tabby’s gift will either save both her and the cemetery—or bring about her own destruction. 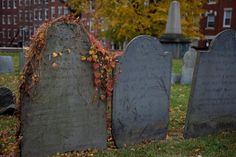 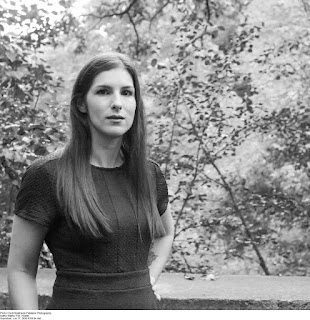 Hester Fox is a full-time writer and mother, with a background in museum work and historical archaeology. Most weekends you can find Hester exploring one of the many historic cemeteries in the area, browsing bookshops, or enjoying a seasonal latte while writing at a café. She lives outside of Boston with her husband and their son. 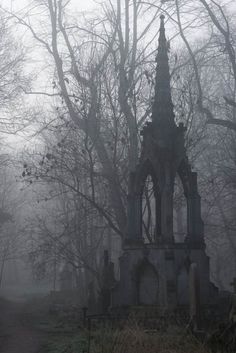 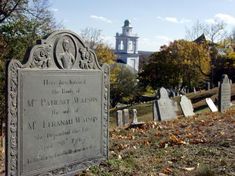 The Orphan of Cemetery Hill by Hester Fox takes readers back to Boston in 1844 where Tabby Cooke (12) has run away with her sister, Alice from Amherst.  Their aunt and uncle have been taking advantage of their powers and treating them terribly.  The girls could not take it any longer and escaped to Boston.  Alice tells Tabby to stay on the church steps while she searches for lodgings.  Unfortunately, Alice does not return, and Tabby seeks sanctuary in a cemetery.  Tabby can communicate of the dead which is something she does not intend to tell a soul.  While hiding in the cemetery, Tabby witnesses two men stealing the newly buried.  One night a gentleman stumbles in and needs help with a wound while he hides from someone to whom he owes funds.  Tabby helps him and wonders if she will ever see the gentleman again.  Eli, the cemetery caretaker, takes in Tabby and she helps him with his chores.  Twelve years later, Tabby is watching a burial and there is the man again.  Caleb Bishop is burying his father and the weight of his new responsibilities weigh heavy on his shoulders.  He finds himself captivated by Tabby and she finds herself wanting to assist him with a problem.  That means, though, using her gift and trusting Caleb with her secret.  Trouble is on the horizon and Tabby’s gift will either save her or be her undoing. 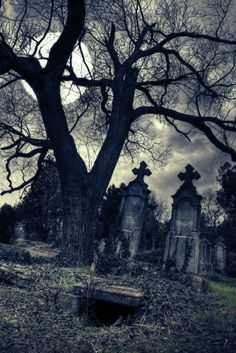 The Orphan of Cemetery Hill by Hester Fox is an intriguing historical novel.  I have a weakness for paranormal stories, and the blurb for this book fascinated me.   The author created a dark, gothic atmosphere with the cemetery, grave robberies, the mist, and murder.  Tabby is a complex character along with Caleb Bishop.  I liked Eli who was so kind and loved Tabby dearly.  There is a lot going on in this book which keeps it propelling forward towards the tense conclusion.  There is suspense, romance, drama, and intrigue.  The author transports readers to her world with her vivid word imagery.  I liked the chapter headings which include “In which we meet our young heroine” and “In which there is a reunion”.  I did feel it was a slow starter with the pace increasing in the second half.  I enjoyed the mystery.  I like being able to solve a crime before the solution is revealed.  Those who enjoyed The Witch of Willow Hall will be eager to devour this historical novel.  The Orphan of Cemetery Hill is a spooky tale with its gothic atmosphere, robbing of graves, murder, and Tabby’s ability to commune with spirits from beyond the veil. 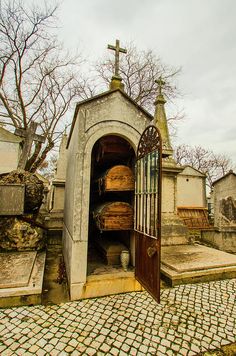 Tabby’s legs ached and the wind had long since snatched her flimsy bonnet away, but she kept running through the night, her thin leather shoes pounding the cobbled Boston streets. She didn’t know where she was going, only that she had to get somewhere safe, somewhere away from the bustling theaters and crowds of the city. Every time someone shouted at her to watch where she was going, or ask if she was lost, she was sure that they were one of her aunt and uncle’s friends. Would they drag her kicking and screaming back to Amherst? Tabby shuddered. She wouldn’t go back. She couldn’t.

Her weary feet carried her up a hill lined with narrow houses, and gradually she left behind the streets choked with theatergoers and artificially brightened with gas lamps. After cresting the hill, she paused just long enough to catch her breath and survey her unfamiliar surroundings. 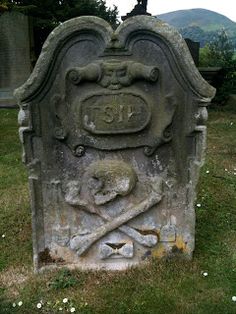 It was quieter here, the only sounds the groaning of ships in the harbor and the distant call of a fruit hawker trying to sell off the last of the day’s soft apples. Going back down into the heart of the city wasn’t an option, yet a wrought-iron gate blocked her way any farther, forbidding pikes piercing the night sky. Pale headstones glowed faintly in the moonlight beyond the gate. A cemetery. 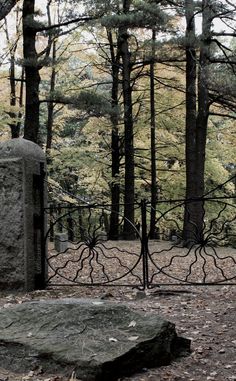 Tabby stood teetering, her heart still pounding. Dry weeds rustled in the thin night breeze, whispering what might have been a welcome, or a warning. Behind her was the land of the living with house windows glowing smugly yellow, the promise of families tucked safe inside. In front of her lay the land of the dead. One of those worlds was as familiar to her as the back of her hand, the other was only a distant fairy tale. Taking a deep breath, she shimmied through the gap in the gate. 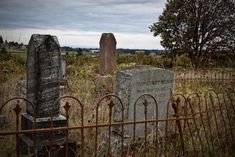 She waded through the overgrown grass and weeds, thorny branches snagging at her thin dimity dress and scratching her. Panic gripped her as she heard the hem tear clean away; what would Aunt Bellefonte say if she found that Tabby had ruined her only frock? Would she smack her across her cheek? Would Uncle lock her in the little cupboard in the eaves? Aunt Bellefonte isn’t here. You’re safe, she reminded herself. As she pulled away to free herself, her foot caught in a tangle of roots in a sunken grave bed and she went sprawling into the dirt. Her lip wobbled and tears threatened to overflow. She was almost twelve years old, yet she felt as small and adrift as the day she’d learned that her parents had perished in a carriage accident and would never step through the front door again. 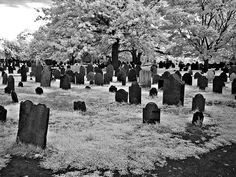 This wasn’t how her first day of freedom was supposed to be. Her sister, Alice, had planned their escape from Amherst last week, promising Tabby that they would get a little room in a boarding house in the city. Alice would get a job at a laundry and Tabby would take in mending to contribute to their room and board. They would be their own little family, and they would put behind them the trauma that their aunt and uncle had wrought, making a new life for themselves. That had been the plan, anyway. 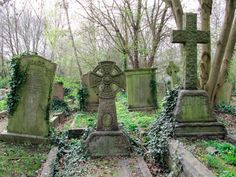 When she and Alice had arrived in the city earlier that day, her older sister had sat her down on the steps of a church and told her to wait while she went and inquired about lodgings. Tabby had dutifully waited for what had felt like hours, but Alice never returned. The September evening had turned dark and cold, and Tabby had resolved to simply wrap her shawl tighter and wait. But then a man with red-rimmed eyes and a foul-smelling old coat had stumbled up the steps, heading right toward her. Tabby had taken one look at him and bolted, sure that he had dark designs on her. She had soon become lost and, in a city jumbled with old churches, hadn’t been able to find the right one again. 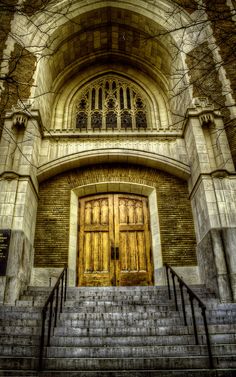 Another thorn snagged her, pricking her finger and drawing blood. She should have taken shelter in the church; at least then she would have a roof over her head. At least then Alice would know where to find her when she came back. If she came back. 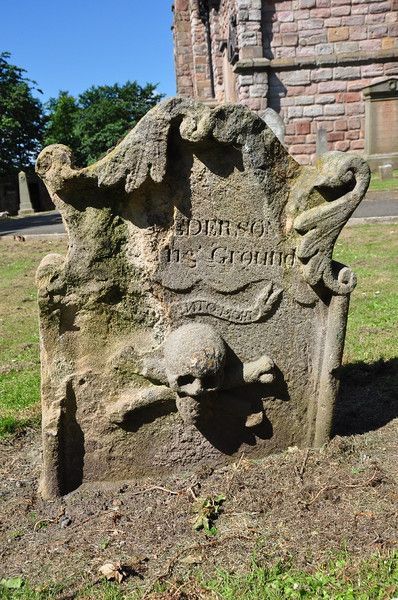 Tabby stopped short. Toward the back of the cemetery, amongst the crooked graves of Revolutionary heroes, stood a row of crypts built into the earth. Most of them were sealed up with iron doors and bolts, but one had a gate that stood just enough ajar for a small, malnourished girl to wriggle through. 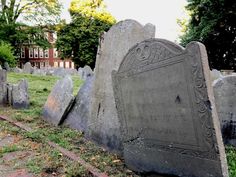 Holding her breath against the damp musk, Tabby plunged inside. Without any sort of light, she had to painstakingly feel her way down the crude stone steps. Lower into the earth she descended until she reached the burial chamber.

Don’t invite them in. As she groped around in the dark for a resting place, Tabby tried to remember what her mother had always told her. Memories of her mother were few and far between, but her words concerning Tabby’s ability remained as sharp in her mind as words etched with a diamond upon glass. The dead won’t bother you if you don’t give them permission, if you don’t make yourself a willing receptacle for their messages. At least, that was how it was supposed to work. 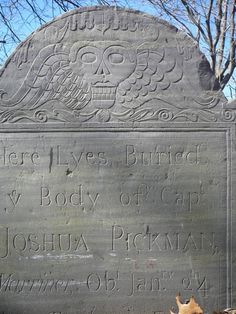 The only other thing she had learned regarding her gift was that she should never, ever tell anyone of it, and the lesson had been a hard one. She couldn’t have been more than six, because her parents had still been alive and had sent her out to the orchard to collect the fallen apples for cider. Their neighbor, little Beth Bunn, had been there, picking wild asters, but she hadn’t been alone; there was a little boy Tabby had never seen before, watching the girls with serious eyes from a branch in an apple tree. Tabby had asked Beth who he was, but Beth insisted she didn’t know what Tabby was talking about. Certain that Beth was playing some sort of trick on her, Tabby grew upset and nearly started crying as she described the little boy with blond hair and big green eyes. “Oh,” Beth said, looking at her askance. “Do you mean to say you see Ollie Pickett? He used to live here, but he’s been dead for three years.” That was how Tabby learned that not everyone saw the people she saw around her. A week later she had been playing in the churchyard and noticed that all the other children were clustered at the far end, whispering and pointing at her. “Curious Tabby,” they had called her. And that was how Tabby learned that she could never tell a soul about her strange and frightening ability.

But even in a place so filled with death, the dead did not bother Tabby that night. With a dirt floor for her bed and the skittering of insects for her lullaby, Tabby pulled her knees up to her chest and allowed the tears she’d held in all day to finally pour out. She was lost, scared, and without her sister, utterly alone in the world. 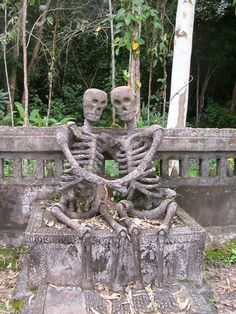 Are you ready to read The Orphan of Cemetery Hill?  The Orphan of Cemetery Hill is available from Amazon, Harlequin, Indiebound, Barnes & Noble, Books-A-Million, Walmart, Google, iBooks, and Kobo.  You can find Hester Fox's other novels here.  Thank you for joining me today.  Tomorrow I featuring Chance of a Lifetime by Jude Deveraux and Tara Sheets.  I hope that you have a perky day.  Take care, stay safe, and Happy Reading! 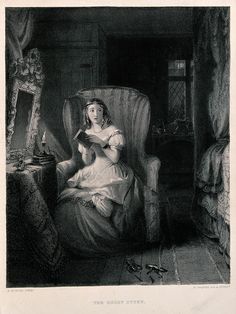