Truth of the Matter by Jamie Beck 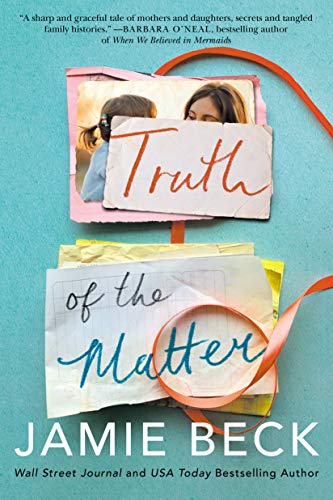 Truth of the Matter by Jamie Beck has Anne Sullivan Chase starting over after being married for seventeen years.  Her husband, Robert has found a newer model.  Anne buys her grandmother’s home in Potomac Point which will give herself and her daughter, Katy a fresh start. Anne spent many happy summers with her grandparents in this charming beach community. Her contractor, Dan Foley finds a recipe box when doing demolition in the master bedroom.  It contains some unusual items that belong to her grandmother, Marie who has dementia.  Anne decides to learn more about the mysterious items and how they relate to her grandmother’s past.  Anne is also dealing with a remodel while living in the house, but she wanted to get them settled as soon as possible.  The upheaval has not been good for her sensitive teenage daughter whose anxieties have gotten worse.  Anne needs to find a way to help Katy.  Anne turned to art when she was younger to help express her emotions and she wonders if that would work for herself and Katy.  She has Dan remodel a shed in their backyard into an art studio.  It will allow Anne to get back to painting and for Katy to find her a creative as well as emotional outlet.  Will Anne and Katy find a way to move forward in Potomac Point?

Truth of the Matter by Jamie Beck is the 3rd novel in the Potomac Point series.  This book can be read on its own.  I thought this story was well-written with the point-of-view alternating between Anne, Katy, and Anne’s grandmother, Marie.  I like the author’s writing style which made the story easy to read.  Anne’s husband asked for a divorce after finding a new woman who has two children.  The family home is sold which allows Anne to buy her beloved grandmother’s home in Potomac Point.  Anne enjoyed the summers she spent with her grandparents in the seaside town.  She knows that herself and her daughter, Katy need a fresh start and where she will not see Richard with his new family.  We get to see how Anne and Katy struggle with the divorce as well as settling into a new town and school.  Katy begins having issues and we see how Anne deals helps Katy.  She is a strong woman who is compassionate and kind.  I liked the mystery surrounding the grandmother, Marie.  There are a couple of items found in an old recipe box that the contractor uncovered.  Marie’s story unfolds over the course of the book.  Truth of the Matter deals with some sensitive topics (drugs and cutting for example). I thought the topics were handled well.  I like that we see Anne rediscover her artistic passion.  There is a lot of soul searching and reflection on Anne’s part as she deals with everything going on in her life.  Truth of the Matter does move at a slower pace, but it goes with the emotional issues in the story (such topics cannot be rushed).  Truth of the Matter is a poignant, multigenerational tale.

Truth of the Matter is available from Amazon*.  If You Must Know if the first novel in the Potomac Point series.  Both books are available through Kindle Unlimited. The next book in the Potomac Point series is For All She Knows which releases March 30, 20201.  You can find more novels by Jamie Beck here.  I appreciate you stopping by today and reading my review.  I will return tomorrow with 15 Minutes of Flame by Christin Brecher. It is the 3rd A Nantucket Candle Maker Mystery.  I hope that you have an inspiring day.  Take care, be kind, and Happy Reading!
Kris
The Avid Reader 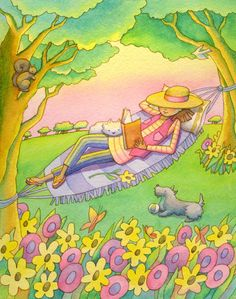