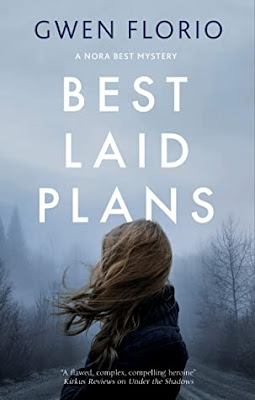 Best Laid Plans by Gwen Florio has Nora Best and her husband, Joe having a farewell party before they depart the next day.  They are going to travel the country with their new truck and tricked out Airstream.  Nora will be working on her second book plus doing freelance assignments and keeping a blog.  Nora overindulges in tequila and heads inside her sold home to the restroom.  She discovers Joe and his best friend’s wife in flagrante delicto in the restroom.  Nora jumps into the truck with the Airstream hooked up to it and takes off.  She is not going to let the fact she has no idea how to drive the truck or tow an airstream hinder her.  Nora ends up at a campground in Wyoming outside Blackbird where she immediately falls asleep.  When she wakes up, Nora enjoys a dinner of elk steak and bourbon with campground caretakers Miranda and Brad. Nora is awakened the next morning by Miranda pounding on her door. It turns out that Brad is missing and there is a large brownish stain on the ground.  Sheriff Duncan is quick to pin the crime on Nora especially after compromising evidence is found in her airstream.  Nora has no choice but to prove her innocence unless she wants her next adventure to be incarcerated in prison. 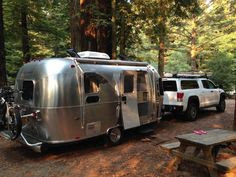 Best Laid Plans by Gwen Florio is the first book in A Nora Best Mystery series.  Nora Best has just turned fifty and is about to make some big changes.  Nora and her husband, Joe have quit their jobs and sold their home.  They have purchased a truck and an Airstream.  They are going to travel around the country with Nora writing her second book, a travel blog, and taking freelance writing assignments (which will pay for their adventures).  During the farewell party, Nora enters the bathroom to find her husband and his best friend’s wife in a compromising position.  Nora decides to begin her adventure early by taking off with the truck and Airstream.  Nora soon finds herself arrested for murder and she needs to uncover who is setting her up.  I was taken with the concept of this series.  Our protagonist traveling around and solving mysteries.  I liked that Nora is a woman my own age (a rarity in cozy mysteries).  I was, though, put off with the significant amount of foul language, alcohol, and talk of intimate situations.  The story is told from Nora’s point-of-view which turned me off because of her thoughts (and they say men have a one track mind).  I can understand that Nora has had some shocks, but I wish she had acted logically.  An example is when the attorney tells her that the police will soon have a warrant and will be searching her Airstream for further evidence.  I would go through the trailer with a fine-tooth comb.  Nora heads off to the lake to enjoy the view. I was hoping the whodunit would redeem the book, but I was disappointed.  It can easily be solved early in the book thanks to one little detail.  I thought the book contained many unneeded details along with repetition of information and the second half was a little off the rails (headed to crazy town).  As you can tell, I was not the right audience for Best Laid Plans.  Nora is an unlikeable protagonist who I would not let near my husband (if I had one).  She begins ogling a man less than two days after leaving her husband and has thoughts of doing more than sharing a dinner with him.  I also tired of hearing about the husband’s perfect tush.  Best Laid Plans is an outrageous mystery tale with a missing man, a ravenous bear, a razor-sharp axe, an awesome Airstream, scrumptious pie, and a remarkable ranger. 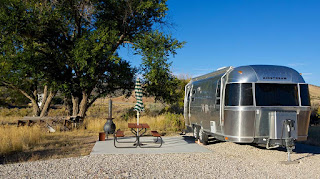 Best Laid Plans is available from Amazon*.  You can find Gwen Florio's other novels here.  Thank you for reading my book review today.  Next time I am featuring The Amish Quiltmaker's Unexpected Baby by Jennifer Beckstrand.  It is the first book in The Amish Quiltmaker series.    I hope you have a serene day.  I am off to switch out my  Valentine's decorations outside for St. Patrick's Day decorations.  I have a six foot tall leprechaun blowup as well as garden flags and lights.  Take care, be kind, and Happy Reading! 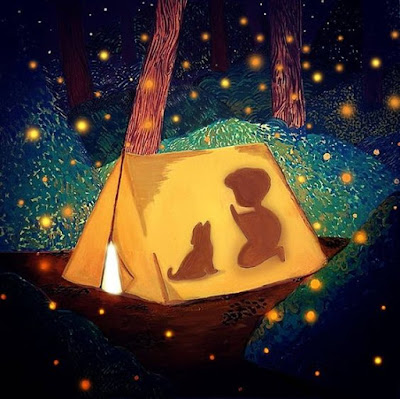