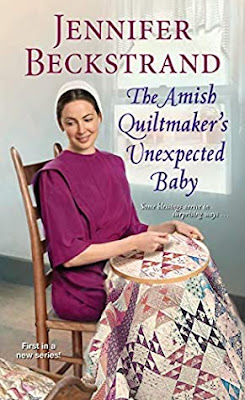 The Amish Quiltmaker’s Unexpected Baby by Jennifer Beckstrand has Esther Zook in a panic when her sister, Ivy takes off leaving her four-month-old baby behind.  Levi Kiem knocks on her door to look at the repairs needed on Esther’s second bathroom.  He is surprised when Esther drags him in the house and asks for help in changing the babies diaper.  Esther is skilled at making quilts, but she has no experience with infants.  Levi, thankfully, is the oldest of a large brood and plenty of experience.  Levi makes sure that his grandmother and mother visit Esther and provide her with some needed lessons.  Levi returns to work on the bathroom to find a frazzled Esther and a crying Winnie.  While Levi holds Winnie, he instructs on Esther on the bathroom remodel.  The arrangement works out well for them (since Winnie sleeps best in Levi’s arms) and it gives them a chance to get to know each other.  Levi makes it clear, though, that he can only be friends with Esther who is older than him by several years.  As the weeks go by, Levi finds himself admiring Esther’s fiery temper, keen mind, and caring nature.  Is it possible that God brought these two together for a special reason? 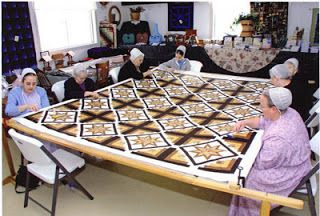 The Amish Quiltmaker’s Unexpected Baby By Jennifer Beckstrand is the delightful beginning of The Amish Quiltmaker series.  I was drawn into The Amish Quiltmaker’s Unexpected Baby from the very first page.  I found myself staying up late so I could finish it (I did not want to stop reading).  I thought it was well-written with engaging, developed characters.  Esther Zook is thirty years old and has not been married.  Her father recently passed away and left her the family farm.  Selling the farm allowed Esther to get a new start in Colorado.  Esther has an artistic eye and makes beautiful quilts.  When her younger sister, Ivy leaves her infant daughter, Winter with her, it throws Esther into a tizzy.  Esther has no experience with babies.  Esther is a wonderful character. She likes to keep things behind one ear and you never know what it will be (seam ripper, carrot, chalk).  The author shows a realistic view of what it is like to care for an infant (the joys and the frustrations).  My favorite line from the book is, “The sound of a baby crying is the most stressful noise in the world.”  Levi Kiem is a local handyman in his early twenties.  He will be heading to Ohio in a few months to look for a bride since there is a lack of eligible women in their community.  Levi puts his foot (and sometimes his whole leg) into his mouth on more than one occasion when chatting with Esther.  I laughed often while reading this book.  I loved Esther’s keen mind and her interest in learning how to renovate the bathroom.  Levi kept trying to keep Esther from using his power tools (it was a losing battle).  It sounded like she created a gorgeous bathroom floor.  The Amish Quiltmaker’s Unexpected Baby is not all rainbows and sunshine.   Esther’s sister, Ivy is a piece of work.  She is a manipulative woman.  We get to see, though, that there is always two sides to every story.  Each person has their own perspective on a situation.  Levi’s grandmother, Hannah is another great character.  She is a quilter who has a blog with followers all over the world.  It was interesting learning about pickleball.  I had never heard of it before this book.  I liked that the author had the Amish in this story doing things that I have not seen in any other Amish novel.  I enjoyed reading this amusing and unique Amish novel.  Jennifer Beckstrand did it again with The Amish Quiltmaker’s Unexpected Baby.  I was sorry when the story ended.  I am eager to read The Amish Quiltmaker’s Unruly In-Law.  The Amish Quiltmaker’s Unexpected Baby is a charming Amish tale with quality quilts, a blubbering baby, a scheming sister, power tool turmoil, pickleball play, and a tile tour de force. 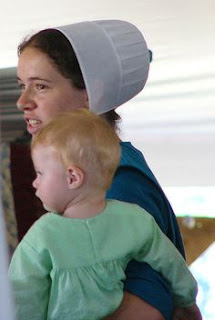 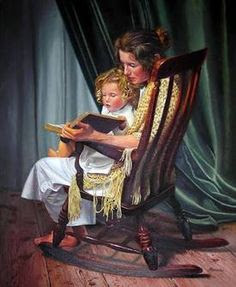