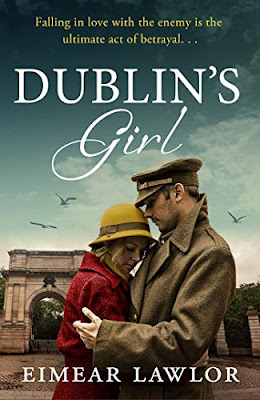 Falling in love with the enemy is the ultimate act of betrayal...

1917. A farm girl from Cavan, Veronica McDermott is desperate to find more to life than peeling potatoes. Persuading her family to let her stay with her aunt and uncle in Dublin so she can attend secretarial college, she has no idea what she is getting into. Recruited by Fr Michael O'Flanagan to type for Eamon De Valera, Veronica is soon caught up in the danger and intrigue of those fighing for Ireland's independence from Britain.

The attentions of a handsome British soldier, Major Harry Fairfax, do not go unnoticed by Veronica's superiors. But when Veronica is tasked with earning his affections to gather intelligence for Sinn Féin, it isn't long before her loyalty to her countrymen and her feelings for Harry are in conflict. To choose one is to betray the other...

Inspired by real life events and marking the centenary of the end of the War of Independence, Dublin's Girl is a thrilling historical debut from an exciting new Irish voice. 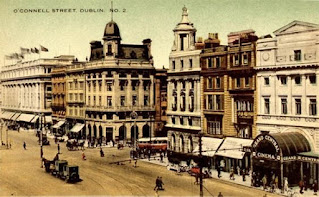 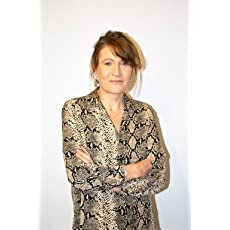 Dublin’s Girl is Eimear Lawlor's first novel and inspired by the true story of her great aunt who typed for Eamon De Valera. She lives with her family in Kilkenny. 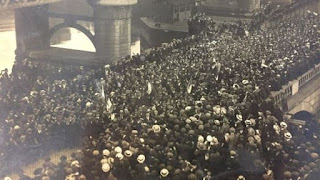 Dublin’s Girl by Eimear Lawlor has Veronica McDermott bored with life on the family farm.  She wants to go secretarial school in Dublin and gets her chance in 1917.  Veronica boards with her Uncle Tom and Aunt Betty where she soon becomes involved in helping in uncle deliver packages for the Sinn Fein.  Veronica does well in her classes and gets a position helping a man involved in the cause for Irish independence.  This part-time position leads to one within the Sinn Fein where she types important letters for the leaders.  One day Veronica bumps into Major Harry Fairfax with the English army who would like to step out with her.  Veronica gets tasked with getting close to Harry and learning army secrets that could help the Irish.  Dublin’s Girl is a gently paced story gives us a look at a pivotal time in English/Irish history when the Irish are fighting for independence.  They wanted an Irish Free State with their own parliament.  It was interesting learning about key time in Ireland’s history.  I could tell the author did her research.  The romance between Veronica and Harry progressed at a leisurely pace.  I could feel the spark of attraction between them, but I wanted the pair to spend more time together so we could see the connection build.  I am glad that the author gave us an epilogue.  I liked the suspense and danger in the story.  I also enjoyed seeing Veronica grow up as time passed.  Dublin’s Girl is Eimear Lawlor’s debut novel.  I am curious to see what this author creates next. Dublin’s Girl is an intriguing historical novel with touch typing, a bothersome brother, a covert container, a sympathetic soldier, and a fierce fight. 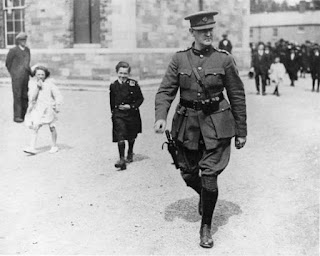 ‘Veronica will you hurry with those potatoes?’ Her mother sighed. ‘I’ve to make the bread yet, and the men will be here early today. The soldiers shot poor Tommy Brady, and his wake is tonight. I’ve so much to do,’ her mother said as she took the brown bread out of the black Aga stove. She bent to sniff it, which always amused Veronica. She thought, How can you tell if something is cooked by smelling it?

A potato slipped from Veronica’s hand into the bucket and water splashed everywhere.

‘Veronica,’ her mother screeched, ‘for God’s sake, will you watch what you’re doing? All you’re doing is creating more work for yourself.’ 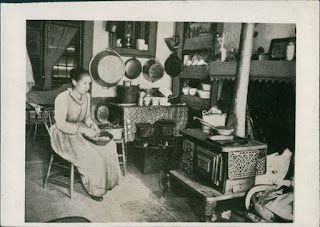 Veronica rolled her eyes and gritted her teeth as she peeled the last potato and dropped it to the mound beside her. Thirty potatoes, three each, enough for the family and the farmhands. The sunshine filled the yard outside the kitchen, weeks of rain had retreated, and the countryside had erupted into an assortment of green hues. The arrival of summer sunshine was no guarantee it would last, and Veronica itched to get outside to go to the lake to fish or swim. As children, she and her brother Eddie had spent many summer days by the lake fishing and exploring the forest, but in their teenage years they spent less and less time together, their time demanded elsewhere. Now Veronica’s days in the house involved helping her mother and their cook Mrs Slaney in the kitchen and Eddie helped his father in their grocery shop in the village.

In the yard, there was a squawk and a spray of feathers. Veronica’s mother let out an exasperated cry behind her.

‘That damn dog is at the chickens again!’ Her mother ran to the yard, flapping her maroon apron while screaming at the dog. Veronica held her ribs with laughter. Her mother’s nostrils flared like a cow ready to charge to protect her calf from danger. Picking up a broom, she swept the black and white collie dog out of the yard into the field. 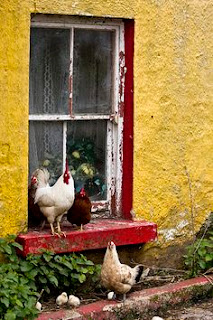 Veronica stopped laughing as she glimpsed movement on the other side of the yard – a flash of tweed, a muddied shoe. It was Eddie. Veronica watched him, narrowing her eyes as Eddie stealthily crept along the side of the shed. What was he up to now? He had left earlier to help their father at the shop in the village. There was a time Eddie never kept secrets from her, but lately, he disappeared for hours, and when she asked where he had been, he’d mutter, ‘Nowhere,’ and dismiss her with a scowl. 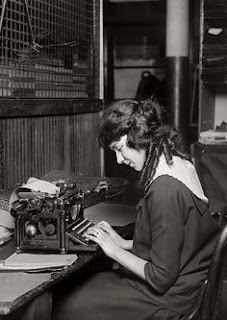 Are you ready to read Dublin's Girl?  Dublin's Girl is available from Amazon*, Kobo, Google Play, and iBooks.  Aria has Women at War by Jan Casey publishing February 4.  Thank you for visiting today.  I will be back tomorrow with A Dance in Donegal by Jennifer Deibel.  I hope that you have a relaxing day.  Take care of yourself, be kind, and Happy Reading! 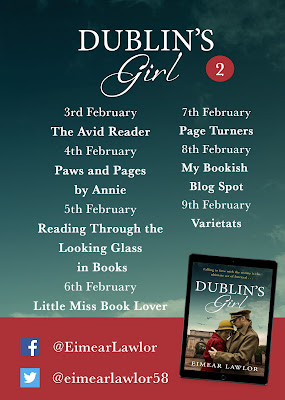 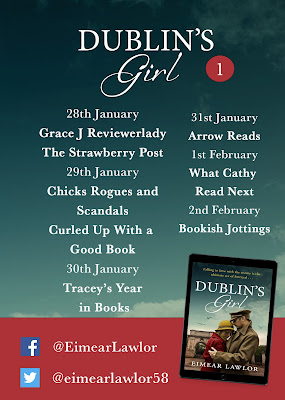 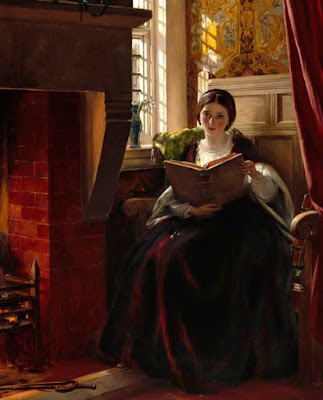