Treasure Most Deadly by Terry Ambrose 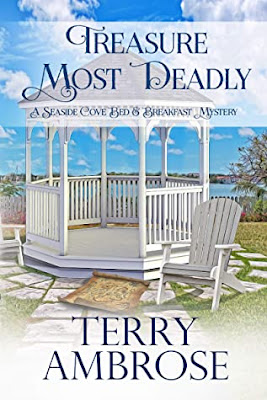 Treasure Most Deadly by Terry Ambrose has Rick Atwood trying to keep his precocious daughter, Alex busy instead of bothering their one of their guests who is extremely interested in the treasure of San Manuel.  Alex manages to sneak out with their guest and catches a man stealing treasure.  Unfortunately, the man manages to get away, but he is later found dead with Clive Crabbe bending over his body.  Chief Adam Cunningham calls in Rick to consult on the case.  There is strong evidence pointing towards Clive as the guilty party, but Rick does not believe he did the deed.  Rick and Adam must follow the clues if they are to find the killer.  Alex is determined to help even if it gets her grounded again.  Can they catch the killer before he sets sail from Seaside Cove? 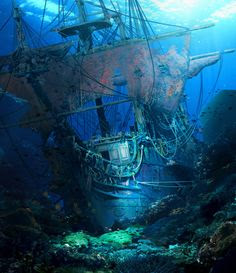 Treasure Most Deadly by Terry Ambrose is the 5th A Seaside Cove Bed and Breakfast Mystery.  I have enjoyed following this series from the beginning with A Treasure to Die For.  If you are new to the series, you can read Treasure Most Deadly as a standalone (but why would you want to do that).  I thought this cute cozy mystery was well-written with friendly, developed characters.  Rick Atwood owns the Seaside Cove Bed and Breakfast in the charming coastal town of Seaside Cove.  He has a precocious eleven-year-old daughter, Alex who is inquisitive and conniving.  Marquetta Weiss is a lovely woman who is Rick’s fiancé.  She is warm and wise.  Marquetta’s mother, Madeline is a hoot.  She is an older version of Alex.  Alex and Grandma Madeline are scheming to get Rick and Marquetta wed as soon as possible.  Their pushiness, though, is not what Marquetta needs.  I like newcomer Ms. Kama and I am glad that she will be sticking around.  The mystery is well-plotted.  A mystery man is killed after Alex and a guest spy him stealing treasure.  The treasure has the town inundated with tourists, treasure hunters, and reporters.  That makes it harder for Rick and Chief Adam Cunningham to search for the killer.  There are a couple of good suspects, a red herring, and subtle clues.  I like how it all came together with a satisfying conclusion.  I liked that the chapters are told from Rick and Alex’s point-of-view.  Alex’s chapters are particularly entertaining.  I laugh often while reading about her antics and her diary entries. The only negatives are that I did find the pacing a little slow at times and there was repetition of case details.  I enjoyed the descriptions of the town, the treasure, and the bed-and-breakfast.  The author’s word depictions bring the story alive for me.  Treasure Most Deadly is a sweet cozy mystery with purloined pirate treasure, roving reporters, a sabotaged sailboat, nuptial nuisances, and one keen tween. 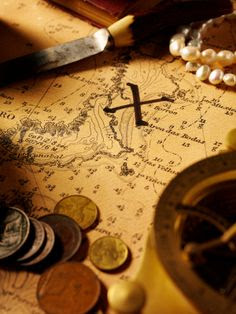 Treasure Most Deadly is available from Amazon*.  If you belong to Kindle Unlimited, you can borrow it (as well as the other novels in the series).  You can find the other four novels in A Seaside Cove Bed & Breakfast Mystery series here.  You can check out Terry Ambrose's other novels here.  Thank you for visiting today.  Tomorrow I am sharing my thoughts on Wartime with the Cornish Girls by Betty Walker.  I hope that you have a jolly good day.  Take care, be kind, and Happy Reading! 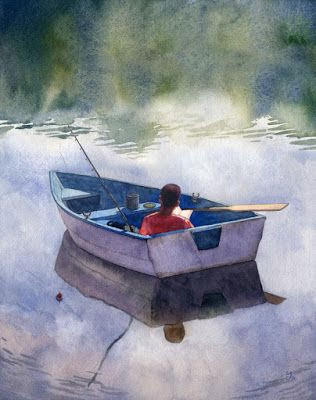