Murder in the Cookbook Nook by Ellery Adams

Murder in the Cookbook Nook 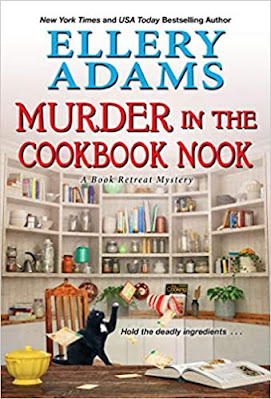 Murder in the Cookbook Nook by Ellery Adams has Posh Palate with Mia Mallett filming their latest season at Storyton Hall.  Jane Steward expected some drama with a film crew and six chefs in residence, but she was not prepared for it to start before the filming began.  A fire near the cooking tent has Jane and her staff scrambling to remove all signs of the destruction.  Jane is pleased that Mia Mallett is warm and friendly along with five of the chefs.  Unfortunately, one of them is an offensive obtuse oaf.  In the middle of the night after the filming of the first contest, Jane receives an urgent call from one of her baker’s.  She rushes to Storyton Hall where she finds the odious chef dead in Mrs. Hubbard’s cozy cookbook nook.  Sheriff Evans quickly arrives with his staff to process the scene.  Jane and her Fins start digging into the background of their guests to see who had motive to kill the deceased.  Because of the victims’ behavior, their suspect list is quite lengthy.  When more strange incidents occur, Jane begins narrowing in on the guilty party.  Can they capture the killer before he can harm someone dear to them all? 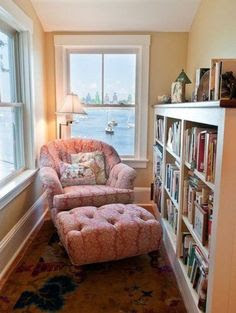 I could not wait to read Murder in the Cookbook Nook by Ellery Adams.  I look forward to reading the newest installment in this series each year.  While this is the seventh A Book Retreat Mystery, it can be read as a standalone.  I have enjoyed reading this series from the beginning, and I recommend reading it in order (you’ll love it).  I love visiting Storyton Hall which is a delight for bibliophiles.  The author provides vivid descriptions of Storyton Hall and the surrounding area.  These word depictions really bring the story alive for me.  I especially was delighted with Mrs. Hubbard’s cookbook nook.  It sounds amazing with the special cookbooks and the precious antiques.  I want a cozy nook like that where I can read and relax.  There is a cast of charming, developed, and diverse characters led by Jane Steward.  She has an excellent staff who are part of her family.  Jane’s two sons are smart and adorable.  Jane’s relationship with Edwin is progressing nicely.   They are a cute and compatible couple.  It was wonderful to see Olivia Limoges and her poodle, Captain Haviland from A Books by the Bay Mystery series.  I hope we see more of her in the future (especially since she has made friends with the Cover Girls).  The mystery was well-crafted.  There are several suspects who disliked the offensive victim.  The clues are subtle (the devil is in the details).  This is an engaging whodunit that will keep readers guessing until the tension filled reveal.  I like how it all came together with a satisfying conclusion.  The epilogue was delightful and fun.  I am eager for my next visit to Storyton Hall (I wish we did not have to wait a year for it).  Murder in the Cookbook Nook is a bibliophiles dream with a cozy cookbook nook, an odious oaf, delectable delights, a proper poodle, creative chefs, a fierce fire, and a bounty of books. 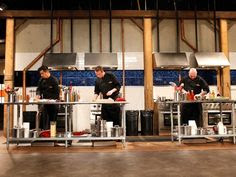 Murder in the Cookbook Nook is available from Amazon*.  You can find the other novels in A Book Retreat Mystery series here.  You should check out Ellery Adams' other delightful cozy mysteries.  Thank you for reading my review today.  I will be back tomorrow with Treasure Most Deadly by Terry Ambrose.   It is the 5th A Seaside Cove Bed and Breakfast Mystery.  I hope you day is filled with joy.  We need more happiness in our lives.  Take care, be kind, and Happy Reading! 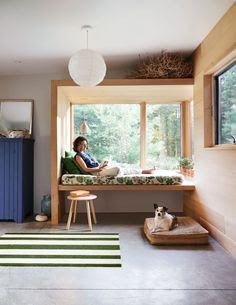