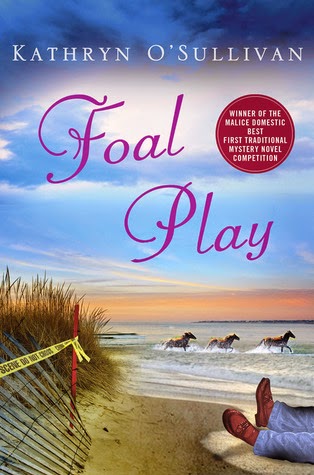 I just finished Foal Play:  A Mystery by Kathryn O’Sullivan.  It is an entertaining cozy mystery and it is the first book in the Colleen McCabe series.

Colleen McCabe is the Fire Chief in Corolla, North Carolina.  Colleen has a dog named Sparky and a Siamese cat called Smokey.  An important part of the Corolla are the rare Spanish mustangs.  They are normally kept safe inside the sanctuary, but due to storm damage they are wandering around the island.  The Lighthouse Wild Horse Preservation Society, headed by Myrtle Mae Crepe, helps keep them safe.

Myrtle Mae Crepe is a feisty sixty-five year old.  She is very opinionated, likes to have her own way, and has the subtlety of a fog horn!  Myrtle used to teach third graders (Colleen was one of her students).  Myrtle has a son, Bobby.  Bobby is forty years old and still lives at home.  Bobby is also a member of the Preservation Society.

It is the Fourth of July and Colleen is supervising the fireworks.  When a fire breaks out at the Crepe home, Colleen rushes to the house, but she is too late.  They find a dead female body in the house.   Bill Dorman, county sheriff and friend of Colleen’s, is the investigating officer.  Colleen has a habit of sticking her nose into investigations and this time Bill asks her to keep her nose to herself!

Who would want to kill Myrtle Mae Crepe?  Corolla seems to be experiencing a crime wave because another dead body turns up on the beach.   No one seems to know the victim.  Then a little girl and Sparky find drugs hidden on the beach.   In addition Colleen is having to deal with Antonio “Pinky” Salvatore.  Pinky is a real estate developer who seems determined to burn the refuse from the construction site.  Burning is not allowed and Colleen keeps having to issue citations.

Foal Play is a cute and charming cozy mystery.  The characters are quirky and entertaining.  I give Foal Play 4.5 out of 5.  The mystery, though, was a wee bit easy to solve.  I look forward to reading the next book in the Colleen McCabe series (which is Murder on the Hoof).

I am currently reading The Cat Sitter's Whiskers by Blaize Clement and John Clement.

Have a wonderful Friday and Happy Reading! 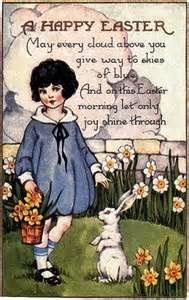 Posted by Kris Anderson, The Avid Reader at 11:54 PM