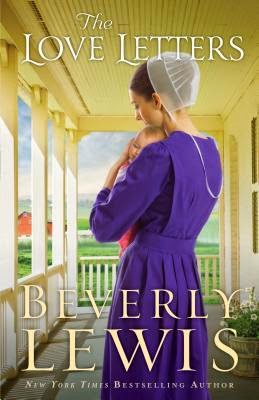 The Love Letters by Beverly Lewis is a sweet Amish Fiction set in 1966.  Dawdi Tim has pass away and his wife, Mammi Janice needs some assistance.  Marlena Wenger is sent to help her out for the summer.  This will mean that Marlena misses out on baptism instruction classes for the Old Order Amish and will have to wait another year to marry Nathaniel (Nat) Zimmerman.


Mammi Janice's neighbors are Ellie and Roman Bitner with their daughter's and son, Jake (aka Small Jay).  Jake is mentally challenged but a very sweet boy.  He has cat named Sassy that he walks around on a leash.  Roman has never been close to his son.  He will not let Jake help with any chores around the farm.  Jake keeps trying with his father.  Then one day Jake runs across a man named Boston.


Boston has memory troubles.  He does not know who he is or how he ended up staying at the old mill.  Boston has a dog named Allegro who liked Jake’s cat, Sassy.  Boston befriends Jake.  Boston provides the male figure that Jake has desperately wanted in his life.  Jake brings Boston home to the farm and asks Roman to allow Boston to stay in the empty Dawdi house.  Roman allows Boston to stay (in the barn) and Boston does chores in exchange. Jake reads letters to Boston that Boston had in his pack.  Jake is hoping that there will be clues in the letters to Boston’s identity and family.


Shortly after Marlena arrives at her Mammi’s she receives word that her sister Luella has been in a car accident.  Luella left the community several years ago and married Gordon Munroe, a soldier.  Gordon is currently in Vietnam and his parents are on a cruise.  Marlena is asked to look after Luella’s little girl, Angela Rose.   Marlena is also attending Church with Mammi (Mennonite) as well as friends who are New Order Amish.  Marlena is not sure on her decision to join the Old Order Amish which leads to conflict with her beau, Nat.


To find out what happens to Angela Rose, Boston, and Marlena, read The Love Letters.  I give The Love Letters 4 out of 5 stars.  The book is hard to get into at the beginning, but I enjoyed it once I got a quarter of a way into the story.  A few times I found myself yelling at Ellie while reading the book.  If she said she would check with her husband one more time (for permission), I think I would have screamed (of course, maybe I am a little bit too independent).  I did enjoy the ending of this book.  It is one of those endings where you close the book and sigh.


I received a complimentary copy of this book from NetGalley in exchange for an honest review.

I have tried to provide an overview of the book without giving away too many details.  The Love Letters will be out on March 24, 2015.

Thank you for reading my review.  I am currently reading The Icing on the Corpse by Liz Mugavero.  I hope you have had a wonderful week and you have a lovely Friday!  Enjoy and Happy Reading!

Posted by Kris Anderson, The Avid Reader at 12:34 AM