My Review of Batter Off Dead by Maymee Bell 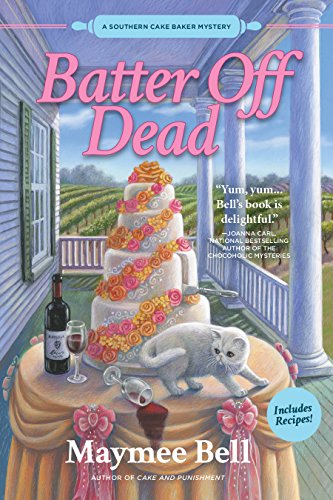 Good Day!  A Spell of Murder by Clea Simon, The Fallen Women by Lindsey Hutchinson (I will feature this book on December 13), and Batter Off Dead by Maymee Bell are out today.  The Shop Girls of Lark Lane by Pam Howes comes out tomorrow.  It is the second book in The Lark Lane series.  I wanted to share with you a contest hosted by author, Ellie Alexander.  It is the 31 Days of Pie contest in honor of Live and Let Pie coming out on December 31.  You can enter by clicking here.

Batter Off Dead by Maymee Bell has us traveling to Rumford, Kentucky.  Sophia Cummings has opened For Goodness Sakes, a bakery, in her hometown with the help of her best friend, Charlotte Harrington.  It is Sunday and they are busy preparing the treats for The Heart of the Town fundraiser being held that evening at Grape Valley Winery owned by Giles Dugan.  The fundraiser is to raise funds for the new library addition.  This is Sophia’s first big catering gig for which she has laid out a significant amount of money, so she wants to make sure that everything is perfect.  At the fundraiser, Ray Peel is making enemies left and right.  He reneges on the donation he promised the library, insults Madison Ridge, and has upset the winery owners.  Sophia is on her way to the winery offices to collect her check, when she trips and finds herself face to face with a dead Ray Peel.  Sophia quickly calls Sheriff Carter Kincaid who races to the scene to comfort her and then takes charge of the crime scene.  The next day, Charlotte requests that Sophia don her sleuthing cap once again.  Their friend, Madison finds herself at the top of the suspect list and her realtor clients are dropping her like a hot potato.   Sophia has her hands full since Ray had made numerous enemies and her mother is assisting her with what she has termed Operation Merlot.  She also must create her baked delights for the bakery and deal with a coupon issue.  Someone, though, is not happy with Sophia’s involvement and tries to dissuade her.  Grab a glass of wine and settle down to join Sophia on her latest case in Batter Off Dead.

Batter Off Dead is a humorous cozy mystery.  There are quirky characters and a charming, small Southern town for which Tonya Kappes is known for creating.  Sophia is opening up her bakery, but she has not worked out all the kinks yet.  She is unsure whether to ask for deposits from catering clients (the answer is yes) nor does she have them sign a contract (every catering event should have a contract with a deposit).  Catering The Heart of the Town will show clients what For Goodness Sakes can provide, but Sophia has outlaid a large amount of money for The Heart of the Town fundraiser.  After Sophia makes a big deal about getting paid, the matter then gets dropped and is not resolved.  Sophia’s mother, Bitsy is not happy that Sophia has stumbled over another dead body, but it tickled when Sophia asks her to keep her ears open for helpful gossip.  Sheriff Carter Kincaid does not want Sophia sticking her nose into his case and repeatedly warns her (he is wasting his breath).  I like Maymee Bell’s (aka Tonya Kappes) writing style.  It is what I refer to as conversational or friendly which engages the reader.  It makes for an easy to read story which is enhanced with the steady pacing and Southern humor.  I recommend reading Cake and Punishment  (first book in A Southern Cake Baker Mystery series) before embarking on Batter Off Dead.  It sets the stage for the rest of the series.  The mystery will have you guessing with multiple suspects who each have a good motive to kill the victim.  There are recipes at the end for the yummy baked goods Sophia creates in her bakery.  Batter Off Dead contains friendship, family, wine, scrumptious confectionary delights, community, murder, romance and wit.

You can follow Tonya Kappes on Facebook to receive news on her upcoming books, book deals and contests.  Thank you for stopping by today.  I will return tomorrow to feature The Secret by Jennifer Wells.  I am off to work on our Christmas decorations.  I hope you have a resplendent day.  Take care, remember to relax and Happy Reading! 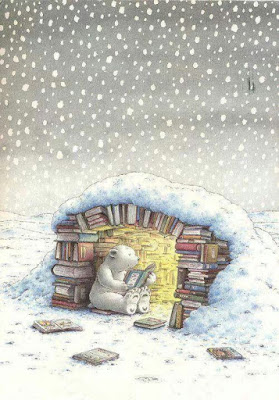