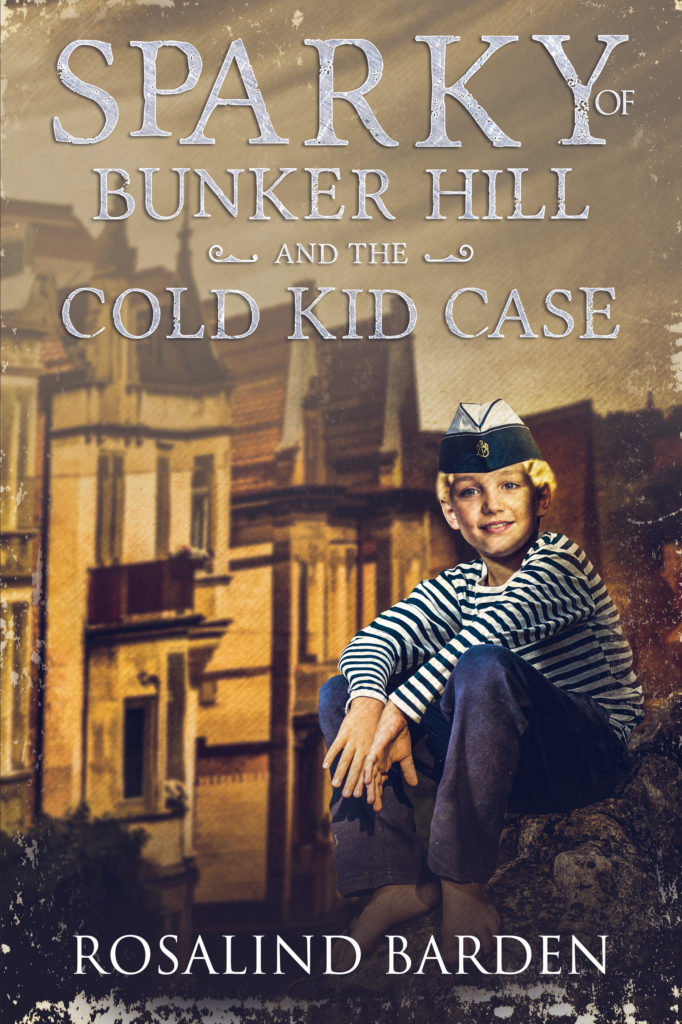 Lots of characters have it bad, in my Bunker Hill neighborhood smack dab in the middle of Los Angeles, but I’ve had it rougher than most.  There may be something to this 13th business.

That's my birthday, and I’m learning to dread seeing it roll around. My mother died on one birthday. The cousins dumped me on my last. This year, 1932, I found a dead kid on a park bench. It’s my eleventh birthday, and the day me, Sparky, ended up on the run, wanted for murder.

If the dead girl wasn’t enough, the dirty newspapers pinned every body in LA on me, and even blamed me for the Great War. I wasn’t even born then. The price on my head got bigger by the day. It was up to me to find out who killed the girl and why I got framed, before I ended up dangling from the hangman’s rope.

Over thirty of Rosalind Barden's short stories have appeared in print anthologies and webzines, including the U.K.'s acclaimed Whispers of Wickedness. Mystery and Horror, LLC has included her stories in their anthologies History and Mystery, Oh My! (FAPA President's Book Award Silver Medalist), Mardi Gras Murder, and four of the Strangely Funny series. Ellen Datlow selected her short story “Lion Friend” as a Best Horror of the Year Honorable Mention after it appeared in Cern Zoo, a British Fantasy Society nominee for best anthology, part of DF Lewis' award-winning Nemonymous anthology series. TV Monster is her print children's book that she wrote and illustrated. Her satirical literary novel American Witch is available as an e-book. In addition, her scripts, novel manuscripts, and short fiction have placed in numerous competitions, including the Writers’ Digest Screenplay Competition and the Shriekfast Film Festival. She lives in Los Angeles, California. Discover more at RosalindBarden.com.  You can find out more about Rosalind Barden on her website and readers can follow her on Amazon.


Sparky of Bunker Hill and the Cold Case Kid by Rosalind Barden has readers traveling to Los Angeles on Bunker Hill in 1932.  It is Sparky’s birthday and she plans to start the day by eating the candy she has been stockpiling for the occasion.  Sparky has been living on the streets since the cousin’s who were responsible for her since her mother’s death abandoned her.  Sparky arrives at her favorite bench in the park to find a dead girl on it in a white nightgown.  She drops the tin containing her candy which has “Property of Sparky” on it and takes off.  Sparky is now wanted for the little girls’ murder and none of her favorite haunts are safe.  It seems every street kid has turned into a snitch, the newspapers are blaming Sparky for every crime imaginable (and the unimaginable), and the reward for Sparky’s capture increases daily.  Sparky needs a place to hideout and decides the “creepy house” is perfect especially when she finds the door unlocked.  Thankfully, Tootsie, the actress who owns the home, is happy to have a guest along with her manservant, Gilbert.  Sparky must now clear her name before the coppers sniff out her hidey hole and she ends up at the end of the hangman’s noose.

Sparky of Bunker Hill and the Cold Case Kid (what a mouthful) is a mystery for tweens and young adults.  Sparky is a colorful character without a home, street savvy and lacking in manners.  Tootsie is an over-the-top actress whose career has taken a nosedive since moving pictures incorporated sound.  Tootsie has a plan and an army of people to help her achieve it.  There are a variety of off-beat characters in the book that will have readers laughing.  I found Sparky of Bunker Hill and the Cold Case Kid easy to read and with plenty of humor.  The author’s descriptive writing style allowed me to visualize the story as I read it. The mystery has twists and turns as we follow Sparky on her quest to find the little girl’s killer and clear her name.  It is the type of mystery that plays out instead of one that readers can solve along with the main character.  There is one paragraph that I found inappropriate for a younger audience.  Sparky mentions that she was curious if the boy was orange all over and she knew he was since he took off his clothes, so she could see for herself (I wish the author would remove this reference—it is not verbatim from the book).  Sparky of Bunker Hill and the Cold Case Kid is a cute mystery for the younger generation with a sweet ending.

Sparky of Bunker Hill and the Cold Case Kid is available on Amazon (also on the Kindle Unlimited Program) and Barnes & Noble. Thank you for reading my review today.  The author is hosting a giveaway in honor of the tour.  You can click here to enter or use the Rafflecopter form below.  Good Luck!  I will be sharing my thoughts on Twas the Knife Before Christmas by Jacqueline Frost tomorrow.  The second book in A Christmas Tree Farm Mystery series. I hope you have an enchanted day.  Stay warm and Happy Reading!

December 14 – Escape With Dollycas Into A Good Book – AUTHOR INTERVIEW