'Twas the Knife Before Christmas by Jacqueline Frost 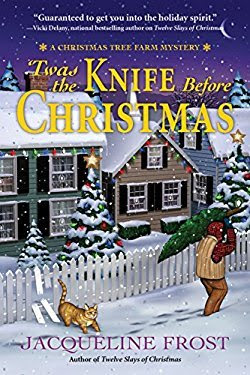 Welcome!  Hooks Can Be Deceiving by Betty Hechtman is now out.  It is the latest A Crochet Mystery.  The Amish Sweet Shop by Emma Miller, Laura Bradford and Mary Ellis comes out on December 18 along with Steamed Open by Barbara Ross.


‘Twas the Knife Before Christmas by Jacqueline Frost has us journeying to Mistletoe, Maine.  Holly White works at the family café The Hearth on their tree farm in addition to making her popular recycled glass candy jewelry and working with the construction crew on the families’ new inn.  Holly had no idea she would have to make numerous design choices for the inn which she will be running when it is completed.  Holly and her best friend, Caroline West, who owns Caroline’s Cupcakes, meet up for the town tree lighting ceremony where they will unveil the “Guess How Many Mints are in the Bowl” contest.  When the cover is removed from the giant bowl, a deceased Derek Waggoner is inside.  Unfortunately, Caroline had a very public incident with Derek the night before which puts her at the top of Sheriff Evan Gray’s suspect list.  Caroline’s alibi consists of eating cupcakes and watching Cupcake Wars (who doesn’t love that show) on her new smart fridge in the bakery.  Now Holly must work in sleuthing in between her other duties.   The killer, though, does not appreciate Holly sticking her nose into the case and warns her off with boxes contained threatening notes and peppermints (just like the one in the big bowl).  When Caroline’s prints are the only ones found on the murder weapon, Sheriff Gray arrests her.  Holly is determined to have her friend out of jail and home before Santa comes riding into to town.

‘Twas the Knife Before Christmas contains plenty of Christmas cheer with the Reindeer Games, Holly’s jewelry, a construction crew that resembles Santa and three of his elves, making gingerbread houses, sleigh rides, a Christmas tree lighting and special Christmas magic.  While some of the Reindeer Games sound like fun, there are others that I am surprised there were any competitors (decorating a gingerbread house blindfolded).  Holly is an energetic and creative woman who is doing three jobs with the help of her friends, Cookie and Caroline.  Holly owns a cute cat that she has named Cindy Lou Who.  Holly’s romance with Evan Gray seems to have stalled out over the last few months.  He has some issue that is keeping him occupied, and he has not confided in Holly.  She just might need to do a little reconnaissance.  I am glad that the author is letting their romance progress at a slower pace (let is develop naturally).   While the new inn is being built, Holly’s mother decided to have the kitchen at The Hearth remodeled.  The remodel was supposed to be completed weeks ago plus the carpenter manages to create chaos on a daily basis.  The whodunit has multiple suspects, good clues and misdirection.  Holly questions people around town while trying to find the guilty party and clear Caroline of the murder charge.  Holly finds herself in some sticky situations.   While ‘Twas the Knife Before Christmas is the second A Christmas Tree Farm Mystery, it can be read alone (easily).   I am giving ‘Twas the Knife Before Christmas 4 out of 5 stars (I liked it).  ‘Twas the Knife Before Christmas is a charming cozy mystery with friendly characters and plenty of Christmas fun that will put you in a festive mood.

The first A Christmas Tree Farm Mystery is Twelve Slays of Christmas (kindle version currently $1.99 on Amazon).  I appreciate you joining me today.  I will be featuring A Timeless Celebration by Dianne Ascroft as part of the Great Escapes Book Tour.  I hope you have a cozy day.  Stay warm (I actually had to get out my electric throw) and Happy Reading! 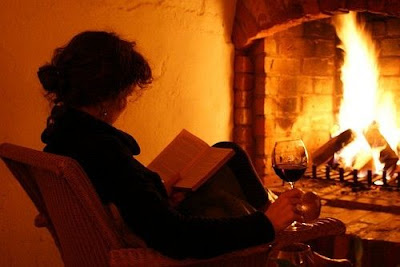