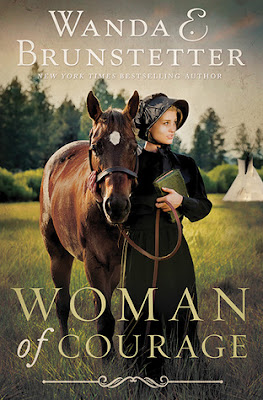 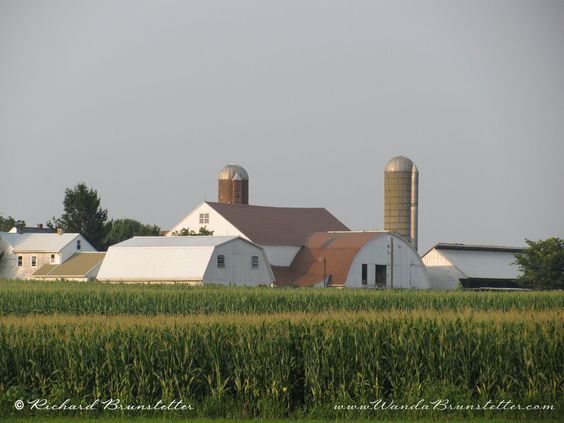 Welcome!  With This Pledge by Tamera Alexander publishes on January 8 and it is the first book in The Carton Series.  Did you know that Wanda E. Brunstetter's husband, Richard takes photographs?  He takes beautiful photos of Amish country (like this one).  Find out more at wandabrunstetter.com.

Woman of Courage by Wanda E. Brunstetter takes us on a journey to Dansville, New York in 1837.  Amanda Pearson, a young Quaker woman, is excited to marry her fiancé, Nathan Lane the next day.  Then Nathan stops by and tells Amanda that he has fallen in love with another woman and is canceling their wedding.  Amanda decides to join Reverend and Mrs. Spalding on their mission in spreading Christ’s word to the Nez Perce Indians.  Her father is joining her on the long, perilous journey to the Oregon Territory.  Harvey Hanson is their guide for their trek with his knowledge of the wilderness and the various Indian tribes.  In Wyoming Territory, Amanda becomes ill and is rescued by trapper, Buck McFadden.  He takes her to Jim and Mary Breck’s cabin to recover.  Mary becomes Amanda’s friend and the first Indian she converts.  Jim and Buck want nothing to do with Amanda’s religion.  Buck has received terrible treatment from white men who claim to be Christians and prefers his solitary existence.  He is attracted to Amanda and he cannot help but overhear what she shares with Mary about God.  This has been a life altering journey for Amanda and she has yet to reach her final destination.  What does the future hold for Amanda?  Come along for the dangerous expedition in Woman of Courage.

Woman of Courage:  Collector’s Edition Continues the Story of Little Fawn has a beautiful cover.  The book contains Woman of Courage plus the story of Little Fawn, an Indian child that Amanda raises.  I found both stories to be well-written.  The author captured the time period and the hazards of traveling west.  Woman of Courage is different from Wanda E. Brunstetter’s Amish novels (in a good way).  Amanda is strong, Quaker woman who is intent on sharing Christianity with others especially the Nez Perce Indians.  She lives a Godly life and is an example to others.  Amanda’s journey is difficult and there are fatalities along the way.  Most women would return East when given the opportunity, but Amanda is determined to be a missionary.  The authors descriptions of the scenery, the various types of lodgings, how the people lived on the frontier, the clothing worn, and the people brought the story alive for me.  I could visualize Amanda’s journey.  It was interesting to learn about the herbal medicines utilized during this time period.  People in the west did not have access to a physician and it was important to know the healing properties of the herbs and other floral/fauna in their area.  It also helped them to flavor their dishes and know what to avoid (do not want to poison anyone by adding the wrong type of mushroom to their stew).  The pacing of the story varied.  There were some slow sections, but it did not detract from this inspirational novel.  I could tell the author did her research on the Indians based on her descriptions.  I liked learning about the different tribes, how they lived and their beliefs.  I appreciated that the author gave us Little Fawn’s story.  It is amazing that any woman survived out west during this time period.  Woman of Courage is a realistic story that will keep you reading late into the night.

Thank you for taking the time out of your day to stop by.  I will be sharing my thoughts on A Christmas Revelation by Anne Perry tomorrow.  May you have a day filled with happiness.  Take care and Happy Reading! 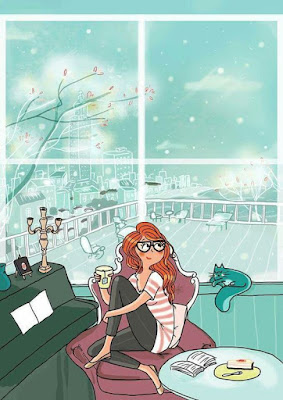