A Sister's War by Molly Green

A Sister's War by Molly Green 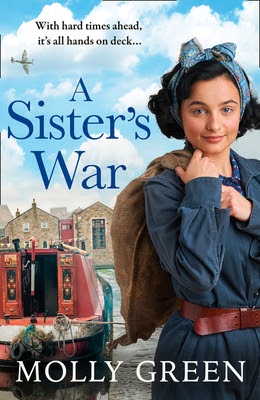 A Sister’s War by Molly Green takes us back to 1943 in Kent where Ronnie Linfoot wants to do her bit for the war effort.  She applies to be a boatwoman with Grand Union Canal Company transporting goods along the Grand Union Canal between London and Birmingham.  Her maman is horrified, but she reluctantly gives her permission.  Ronnie joins five other ladies for six weeks of instruction with Dora Dummitt.  Dora is a tough taskmaster, but she must be because the work is difficult with long hours.  Ronnie is the youngest member of the group and Dora seems to ride her more than the others.  The weather is wet and cold on the canal where the ladies learn how to get through the locks, collect and drop off goods, and navigate the boats through long, narrow tunnels.  The ladies will need to pull together if they are to make it through the training and begin transporting goods on their own.  Unfortunately, it seems someone is taking advantage of the war to make a little money in black market goods.  Ronnie soon finds herself in the middle of an investigation, but there is an upside when she meets a handsome police officer.  Who is behind the illicit goods?  Is being a boatwoman the right job for Ronnie? 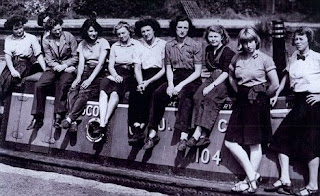 A Sister’s War by Molly Green is the 3rd book in The Victory Sisters.  This book can be read as a standalone, but I did enjoy reading the series in order.  I thought A Sister’s War was well-written with developed characters.  In this book, we get Veronique “Ronnie” Linfoot’s story.  She is the youngest of the three Linfoot sisters and she is anxious to do something to aid the war effort.  She is not yet seventeen which makes it difficult for her to join a program.  Ronnie was turned down for the Land Girls which was her preference.  Her mother, Simone was delighted.  Simone would prefer that her daughters wear pretty dresses, do embroidery and other ladylike tasks.  Unfortunately, Simone has three independent, rebellious daughters.  Raine is a pilot with the Air Transport Auxiliary and Suzy is a singer with ENSA.  Ronnie sees a newsreel that mentions the canal girls and she sets out to learn more information.  Ronnie applies to be boatwoman transporting goods along the Grand Union Canal with the Grand Union Canal Company.  We follow Ronnie and five other ladies training with Dora Dummitt who is a harsh taskmaster.  The author did her research for this book.  I can envision life on the canal in the narrowboats from the author’s descriptions.  It sounded like a rough job with long hours.  I could not imagine having to open and close the locks along the canal by hand.  The cold and wet were relentless.  The boats were small with limited room.  It was fascinating learning about the canal girls.  They transported items needed for the war effort.  I was curious after I finished the book and looked up more information about the canal and the boats (transport by boat ended in the late 1970s and the boats are now being used for people to live in).  I like that we get to catch up with Ronnie’s sisters, Suzy and Raine.  A Sister’s War is a satisfying conclusion to The Victory Sisters trilogy.  I enjoyed reading A Sister’s War as well as the other two books in this engaging historical series. 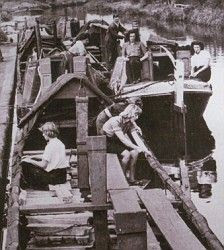 A Sister's War can be obtained from Amazon*.  The first two books in The Victory Sisters are A Sister's Courage and A Sister's Song.  You can find Molly Green's other novels here.  Thank you for joining me today.  I was lucky to get this posting done.  My mother unplugged an item from an outlet in her bathroom which blew a fuse.  We called out the electrician when the fuse would not reset.  It turns out the panel has not been replaced or updated since it was installed (another lie the realtor told us).  We had to have the whole panel replaced as well as two outlets. The electricity was off the whole afternoon which meant no wifi (and no blog post).  We got our electricity restored just after 8 p.m.  At this rate, we will soon have a brand new home.  We thought this home would be less stressful than our last one (I think the universe is laughing at me).  At least we now do not have to worry about our house catching on fire, and we have a warranty.  I was grateful the electricians could come out right away.  Next time I am featuring Shucked Apart by Barbara Ross.  It is the 9th A Maine Clambake Mystery.  I hope that you have a sunny day.  Take care, be kind, and Happy Reading! 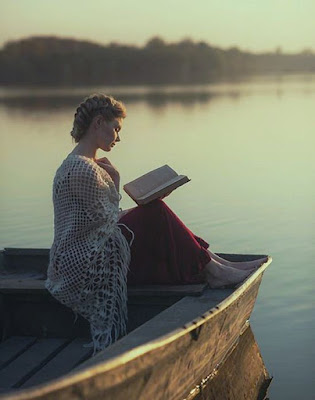