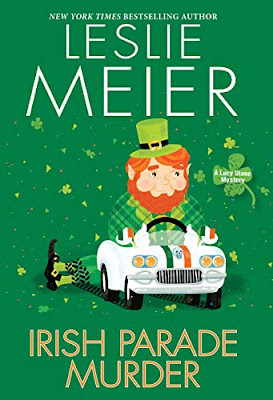 Irish Parade Murder by Leslie Meier has Lucy Stone and her family grieving the loss of Bill Stone Sr.  On Lucy’s’ first day back at work after returning from the funeral in Florida, she learns that her boss, Ted Stillings has been acting strangely.  According to Phyllis, The Pennysaver’s receptionist, he has been meeting with people off-site.  Lucy soon learns that changes are coming to the newspaper and they include a new reporter, Rob Callahan.  Rob is interested is in stories that make a big splash which means he has no interest in interviewing the local candidates for the grand marshal of the St. Patrick’s Day Parade in Gilead.  Lucy also interviews a woman puppeteer who wishes to participate in the parade, but the woman is denied for a flimsy reason which has Lucy’s reporter radar pinging.  Before Lucy can delve further, Rob is arrested for murdering a corrections officer.  Lucy may not be a fan of the eager reporter, but she knows that he is no killer.  She has a hunch that Rob is being set up, and Lucy believes she knows who is behind it.  Lucy will need to watch her step, or she could be the next one hauled off in handcuffs. 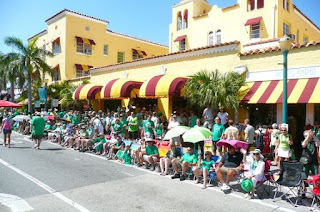 Irish Parade Murder by Leslie Meier is the 27th A Lucy Stone Mystery.  I have been enjoying Lucy Stone’s adventures since the beginning.  Lucy is a part-time reporter with The Pennysaver in Tinker’s Cove, Maine where she lives in a quaint farmhouse with her husband, Bill plus her two youngest children, Sara and Zoe.  The family is devastated when Bill’s father passes away.  They all go to Florida for the funeral and comfort Edna, Bill’s mother.  Lucy returns to work to find Ted is making changes at The Pennysaver.  Ted has brought on a new reporter, Rob Callahan who is interested in making a name for himself quickly.  Rob forgets that Tinker’s Cove and Gilead are small towns (gossip travels faster than the speed of light and small-town politics are at play).  Rob finds himself in hot water when he is charged with the murder of a local corrections officer.  Lucy may not be a fan of her rival, but she is not going to let him be railroaded.  Lucy has another mystery to solve at home.  A woman claims to the daughter of Bill’s father and provides a DNA report.  Lucy and Bill are worried the woman is a scam artist. They also cannot find Bill Sr.’s will, which could lead to devastating consequences.  Irish Parade Murder is a lively cozy mystery.  This latest A Lucy Stone Mystery reminds me of the earlier books in the series.  The whodunit involving Rob was multifaceted.  I had a good time following the investigation.  Lucy delves into the local Irish Catholic community where values have not changed in fifty plus years (things move slowly in Rome).  I thought Irish Parade Murder was well-written with developed characters and a charming, small town setting.  I look forward to Lucy Stone’s next adventure.  Irish Parade Murder is a spirited cozy mystery with political plotting, rival reporters, a DNA dilemma, step dancing sisters, an AWOL will, and happy green hair. 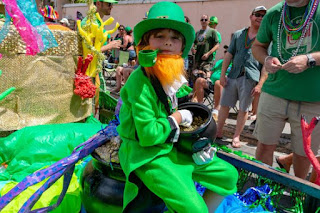 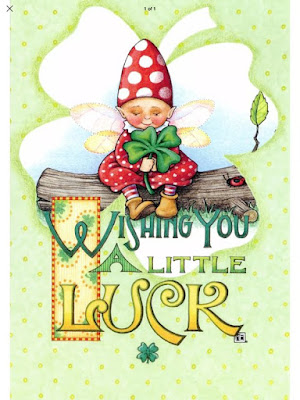 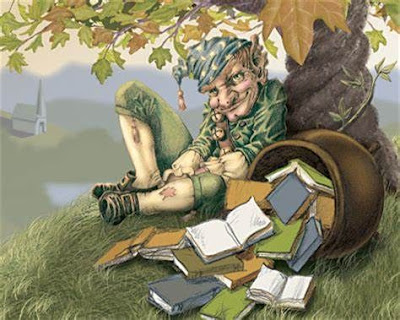