Murder at the Beacon Bakeshop by Darci Hannah 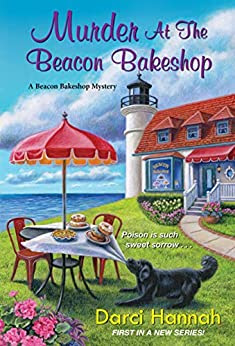 Murder at the Beacon Bakeshop by Darci Hannah has Lindsey Bakewell getting a fresh start in Beacon Harbor, Michigan.  After catching her fiancé in a compromising position in his office with his pastry chef, Lindsey decides it is time to pursue her dream.  She gives up her job in finance and purchases a rundown lighthouse in Beacon Harbor where she spent happy times as a child with her grandparents.  Lindsey is going to open The Beacon Bakeshop and Café in the lighthouse while living above with her Newfoundland, Wellington.  While most of the town is happy to see the lighthouse getting a revival, Fiona Dickel is not.  She threatens to ruin Lindsey’s Memorial Day weekend grand opening.  The bakery opens to a crowd with Fiona and her group protesting outside. Unfortunately, Lindsey’s ex-fiancé, Jeffery Plank and his girlfriend, Mia Long decide to crash the party intent upon revenge.  Mia begins tossing pastries and Fiona’s group gets in on the action.  Mia ends up collapsing and dies before reaching the hospital.  Someone poisoned Mia and Lindsey is the police’s prime suspect.  Lindsey with help from her friends begins investigating so they can prove her innocence. 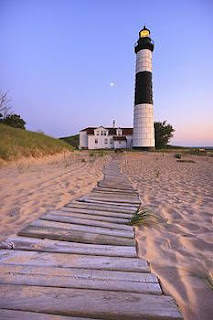 Murder at the Beacon Bakeshop by Darci Hannah is the debut of A Beacon Bakeshop Mystery series.  I thought this was a delightful story.  It is well-written with developed characters.  The author took the time to introduce us to Lindsey Bakewell and her dog, Wellington.  After catching her fiancé with his pastry chef, Lindsey is given the advice to follow her dream.  Thankfully, Lindsey invested well and has a solid portfolio.  It allows her to purchase a rundown lighthouse in Beacon Harbor, Michigan that she renovates into living quarters, bakery, and café.   Lindsey is smart, loyal, independent, and has a good heart.  She is also an excellent baker.  I love Wellington.  He is a large, fun, friendly dog.  We are introduced to the charming town of Beacon Harbor and its friendly (most of them) residents.  Unfortunately, Fiona Dickel is not happy with Lindsey purchasing a historical landmark and improving its appearance.   The mystery was entertaining.  A bruhaha on opening day leads to the death of Lindsey’s ex-fiancé’s lover.  Lindsey finds herself at the top of the suspect list and her bakery closed.  She has no choice but to investigate.  With help from her bestie, Kennedy Kapoor and her new friends, Lindsey asks questions, does research, and looks for clues.  There are several good suspects in this whodunit along with subtle clues (you have to pay close attention to details to find some of them).  I enjoyed piecing together the clues and figuring out who is behind the poisoning.  There is action that kept the book moving rapidly forward toward the conclusion.  The conclusion was eventful and complete.  There is a hint of paranormal in the story.  It is said that the ghost of Captain Willy Riggs haunts the lighthouse.  I enjoyed the ghost legends and how it was incorporated into the story.  Lindsey and her neighbor, Rory Campbell hit it off from their first meeting.  He asks her out to dinner right away.  I did feel there was a wee bit too much romance (for a cozy mystery) and that it was happening too fast (I prefer the romance to play out slowly over the course of the series).  Murder at the Beacon Bakeshop is a delightful cozy mystery with delectable donuts, a wandering Wellington, an enticing neighbor, a fashionista friend, a guileful ghost, and a busy baker.

Murder at the Beacon Bakeshop is available from Amazon*.  The next A Beacon Bakeshop Mystery is Murder at the Christmas Cookie Bake-Off which publishes September 28.  I am looking forward to reading it.  Thank you for joining me today.  I will be back tomorrow with The Lost Apothecary by Sarah Penner.  For now, I am off to do a little work outside. I hope that you have a cheerful day.  Take care, be kind, and Happy Reading! 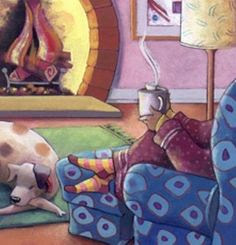