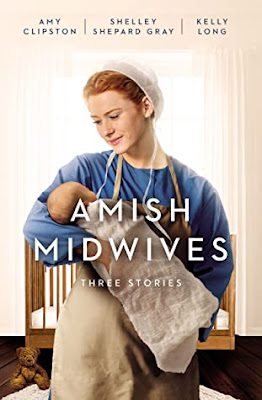 Bundles of Blessings by Amy Clipston has Kristina Byler busy as a midwife in her community after the death of her husband.  She is surprised to learn that Aidan Smoker has returned.  They dated in their teens and Kristina thought Aidan was the man she would marry until she found a letter on her porch.  Kristina finds herself still attracted to Aidan, but she is afraid that he will break her heart once again.  She could not handle that pain a second time.  Kristina loves her job as a midwife, but she does want a family of her own.  A new revelation may be just the ticket to bring Aidan and Kristina together. 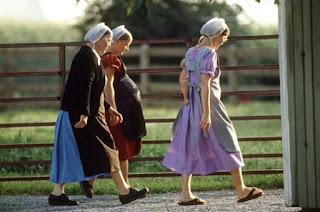 A Midwife for Susie by Shelley Shepard Gray has Joanna Zimmerman determined to not continue as a midwife.  She had a tragic experience with a mother in Sugar Creek, Ohio.  Joanna has kept what happened to herself since returning home, but her best friend Dwight Eicher knows something is wrong since she has not been acting like herself.  Dwight’s sister, Susie is pregnant with her first child and she wants Joanna to deliver it.  When Joanna refuses, Dwight sets out to find out what is bothering his best friend.  Dwight’s feelings for Joanna have begun to change into something deeper and he does not like to see her hurting.  Joanna is afraid of what Dwight will think of her when he learns the truth.  Dwight will have to tread softly with Joanna to help her overcome her fears and return to the profession she loves. 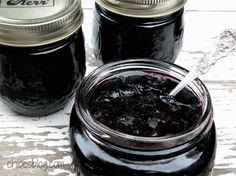 Christmas Cradles by Kelly Long has Anna Stolis filling in her for aunt, the local midwife, while she goes out of town for Christmas.  Asa Lapp’s father agreed to drive Anna if there were any deliveries, but he has come down with the flu.  Asa has agreed to fulfill his father’s promise.  On a snowy Christmas night, Asa and Anna end up helping three women welcome new life into their homes.  Anna is surprised at how helpful Asa is during the long night and the attraction she feels towards him.  Unexpected Christmas blessings are in store for Anna and Asa. 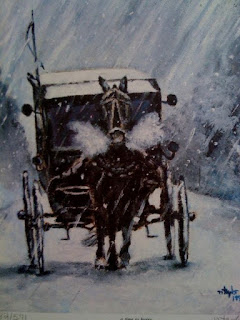 Amish Midwives by Amy Clipston, Shelley Shepard Gray, and Kelly Long contains three heartwarming Amish tales.  I enjoyed reading these sweet Amish novellas.  I thought they were well-written with charming characters.  Each story has a midwife who is considered past her prime (two unmarried and one widow).  I liked the midwife theme and the unique way each author presented it.  We get to see the role of a midwife in an Amish community.  A midwife needs to be knowledgeable about her craft as well as compassionate, organized, and professional.  I could not imagine going through a home birth (I needed pain killers).  There is humor is each of the stories, but it is especially prevalent in A Midwife for Susie.  I laughed at Joanna’s ineptness in the kitchen and the messes she created.  Christmas Cradles is a sweet tale that has snow, Christmas, and beautiful handmade quilts.  Bundles of Blessings has two people who once loved each other getting a second chance.  I was quickly drawn into Amy Clipston’s appealing Amish story.  Her characters and storyline are appealing.  I was happy there was an epilogue that nicely wrapped up the novella.  There are discussion questions for each short story.  Amish Midwives is one of those books that provides a delightful break from real life.  Amish Midwives contains three inspiring and emotional tales that will touch your heart. 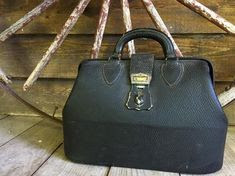 Amish Midwives is available from Amazon*.  Amy Clipston has An Amish Barn Raising releasing April 6.  You can find Amy Clipston's other novels here.  You will find Shelley Shepard Gray's books here and Kelly Long's here.  Thank you for stopping by and reading my review.  I will be sharing my thoughts on Murder at the Beacon Bakeshop by Darci Hannah next time.  It is the first novel in A Beacon Bakeshop Mystery series.  I hope that you will have a kind day.  Take care and Happy Reading!
Kris 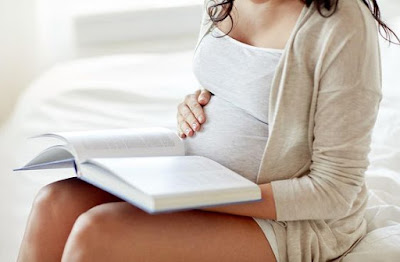