Mocha, She Wrote by Ellie Alexander 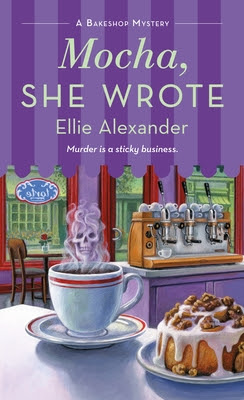 It is June which has tourists flocking to Ashland, Oregon for the Shakespeare Festival.  Additionally, the West Coast Barista Cup which is being held in their town this year.  Torte’s head barista, Andy has been selected to compete.  Unfortunately, Andy gets off to a rough start with his day ending on a bitter note when head judge, Benson Vargas is found dead.  Andy becomes a prime suspect which has Jules quickly donning her investigative cap.  Jules needs to discover who had the biggest motive to kill the antagonistic judge before Andy ends up serving brews at the local penitentiary. 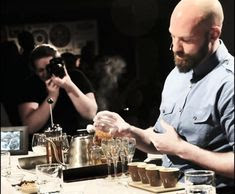 Mocha, She Wrote by Ellie Alexander is the 13th A Bakeshop Mystery.  It can be read as a standalone for those new to the series.  Mocha, She Wrote is a lighthearted culinary cozy mystery.  It contains good writing with appealing characters. It is the characters that make this series.  They are friendly and relatable.  I enjoy the descriptions of Ashland.  The writer paints a visual picture with her words.  There are mouthwatering food and coffee descriptions that will have you heading for your local bakery.  Information about coffee and the brewing process are included.  It is interesting learning about what goes into making a good cup of java.  The whodunit has a loathsome victim that a number of people wished dead.  Jules had to interview victims, wade through the clues, and brew up a killer.  I wish the mystery had been more of a challenge (it is my favorite part of cozy mysteries).  I could easily identify the guilty party early in the story. Jules has become a seasoned investigator so she can handle a more challenging whodunit.   The murder did not occur until a third of the way through the book.  I like that there is no bloodshed or foul language.  This type of cozy is perfect for summer.    Mocha, She Wrote is a merry cozy mystery with a vile victim, a cutthroat coffee competition, a potent potion, chilled ice cream, and a keen killer. 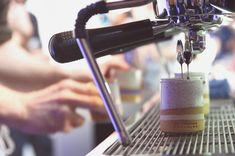 Mocha, She Wrote is available from Amazon*.  You can find the other novels in A Bakeshop Mystery series here.  The next A Bakeshop Mystery is Bake, Borrow, and Steal which publishes December 28.  Ellie Alexander also writes A Sloane Krause Mystery series which has A Cure for What Ales You releasing October 5.  I appreciate you stopping by today and reading my review.  I am a stop on the Great Escapes Virtual Book Tour for Draw and Order by Cheryl Hollon.  It is the 2nd A Paint and Shine Mystery.  I hope that you have a day filled with sweet treats (I have a hankering for chocolate).  Take care, be kind, and Happy Reading! 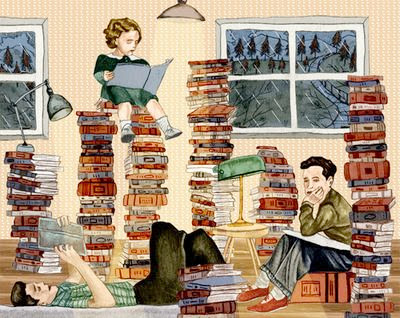