A Ration Book Victory by Jean Fullerton: Review and Giveaway! 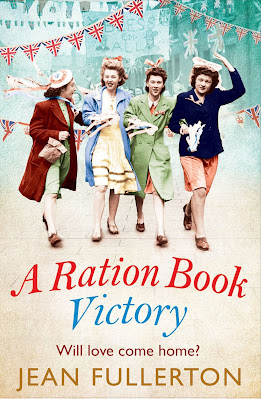 About the Book
Jean Fullerton, the RNA-shortlisted queen of the East End, returns with the final nostalgic and heart-warming story of the Brogan family. 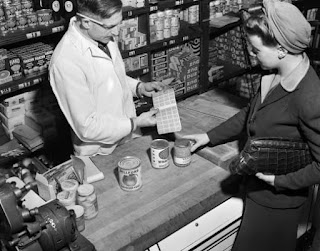 In the final days of war, only love will pull her through . . .

Queenie Brogan wasn't always an East End matriarch. Many years ago, before she married Fergus, she was Philomena Dooley, a daughter of Irish Travellers, planning to wed her childhood sweetheart, Patrick Mahone. But when tragedy struck and Patrick's narrow-minded sister, Nora, intervened, the lovers were torn apart.

Fate can be cruel, and when Queenie arrives in London, she finds that Patrick Mahon is her parish priest, and that the love she had tried to suppress flares again in her heart.

But now in the final months of WW2, Queenie discovers Father Mahon is dying and must face losing him forever. Can she finally tell him the secret she has kept for over fifty years, or will Nora once again come between them?

And if Queenie does decide to finally tell Patrick, could the truth destroy the Brogan family? 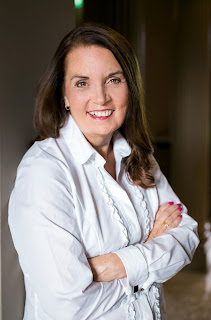 Born and bred in East London, Jean is a District Nurse by trade and has worked as a NHS manager and as a senior lecturer in Health and Nursing Studies. She left her day job to become a full-time writer in 2015 and has never looked back.

In 2006 she won the Harry Bowling Prize and now has seventeen sagas published over three series all of which are set in East London. 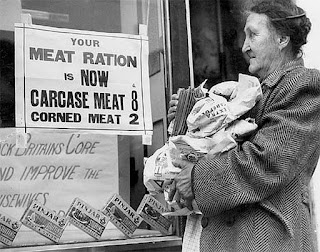 She is an experienced public speaker with hundreds of WI and women’s club talks under her belt, plus for the past fifteen years she has sailed all over the world as an enrichment speaker and writing workshop leader on cruise ships. 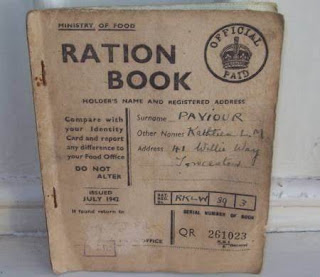 A Ration Book Victory by JeanFullerton is the eighth novel in The East End Ration Book Series.  I was able to read A Ration Book Victory as a standalone, but I believe it would have benefited me to have read the whole series.  I could have gotten to know the characters and their backstories.  I thought A Ration Book Victory was well-written with interesting, developed characters.  I enjoyed getting to know the extended Brogan family as they endured World War II.  This is Queenie and Father Patrick Mahon’s story.  The whole family is present, but the focus is on those two.  There are flashback chapters that gives us Queenie and Father Mahon story from the beginning.  It is an emotional story.  There is plenty of family drama as well.  We get to see the good times and the bad with the Brogan clan.  Queenie is a special character.  I like that we get to see glimpses of the little girl who became the matriarch of the Brogan clan.  It was enjoyable learning about the bond between Queenie and Father Patrick Mahon.  We get to see the indomitable British spirit as these brave people endure a long war with a stiff upper lip and plenty of tea.  It did not matter which house you were in, there was always a kettle on the hob.  They get to have a cup of tea, get a shoulder to cry on, and then they carry on.  I am definitely going to go back and read all the books in The East End Ration Book Series.  A Ration Book Victory is a fitting end to this charming saga.  A Ration Book Victory is tickety book with egg exchanges, a bothersome sister, gregarious grandchildren, ration frustrations, a poorly parish priest, a special sense, and a lasting love. 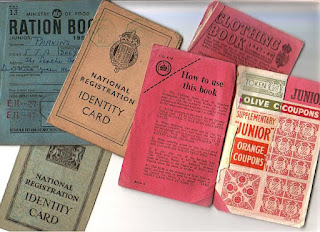 A Giveaway to Win 6 Signed Copies of A Ration Book Victory* (Sorry but it is open to UK Only).  You can click here to enter or use the Rafflecopter form below.  Good Luck! 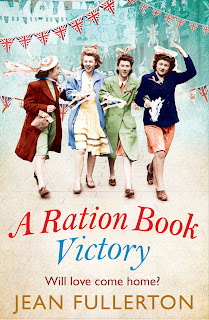 A Ration Book Victory is available from Amazon*.  You can find the other The East End Ration Book Series here.  Check out Jean Fullerton's other historical novels here.  Thank you for joining me today.  I will return tomorrow with Smile Beach Murder by Alicia Bessette.  It is the debut of An Outer Banks Bookshop Mysteries.  I am off to do some gardening.  I am starting plants from seeds and they are doing quite well.  I have them under a plant light to help their growth (three hours a day).  I have to check their water levels each day.  I am getting ready to transplant the morning glories and the four o'clocks.  I got plants that have red, white, or blue flowers to go with our house theme (The Star Spangled Manor).  I hope that you have spiffing day.  Take care and Happy Reading! 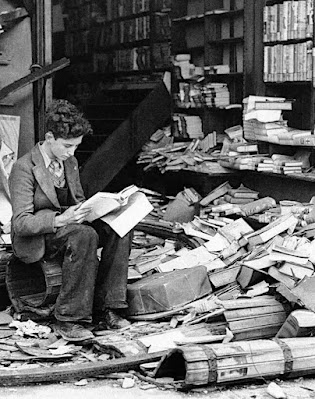 *Terms and Conditions –Worldwide entries welcome.  Please enter using the Rafflecopter box below.  The winner will be selected at random via Rafflecopter from all valid entries and will be notified by Twitter and/or email. If no response is received within 7 days then Rachel’s Random Resources reserves the right to select an alternative winner. Open to all entrants aged 18 or over.  Any personal data given as part of the competition entry is used for this purpose only and will not be shared with third parties, with the exception of the winners’ information. This will passed to the giveaway organizer and used only for fulfilment of the prize, after which time Rachel’s Random Resources will delete the data.  I am not responsible for dispatch or delivery of the prize.