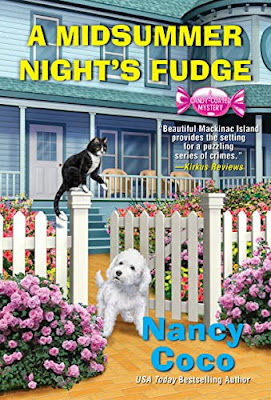 Book Summary
After a summer celebration on Michigan’s Mackinac Island ends in murder, hotel and fudge shop owner Allie McMurphy puts on her sleuthing hat . . .
THERE’S NO SUGARCOATING A KILLER’S SCHEME
During the Midsummer Night’s Festival, Allie decides to take her bichonpoo, Mal, home to spare her furry little ears from the sounds of fireworks. But on her way back, Allie spots a body in the lake. Just minutes ago, Winona Higer was crowning the event’s Queen—could the competition have really been that deadly? 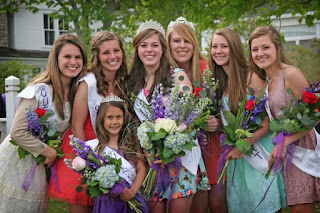 While she ponders the mystery the next morning, Allie prepares her favorite dark chocolate cherry fudge recipe. But she’s soon recruited to sub for the late Winona and serve as parade float judge, among other duties. As she hears rumors and gossip, and learns of mean pranks and threatening notes, her instincts kick in—despite her boyfriend the cop’s disapproval. Now, between managing a new hire and keeping the tourists filled with fudge, she’s dealing with a case that’s boiling over . . . 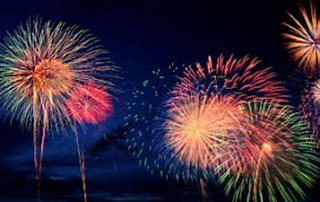 My Thoughts
A Midsummer Night’s Fudge by Nancy Coco takes us back to Mackinac Island, Michigan in time for the first Midsummer Night’s Festival which celebrates the beginning of the summer season.  The fireworks are scaring Mal, Allie McMurphy’s bichenpoo so she takes take him back to the McMurphy.  On her way back to the festivities, Allie sees someone floating in the water. Allie dives into the water to bring the person back to shore.  It turns out to be Winona Higer who had just crowned the Queen of the festival before the fireworks began.  Winona has crowned her last queen.  The next day as the parade is beginning, Allie is recruited to take Winona’s place on the festival committee.  It has Allie in the right place to hear all the juicy gossip about the victim.  Allie with help from Mal begins digging into the case when the killer strikes again.  Allie works to sift through the clues, but she will need to be careful so that she does not get burned. 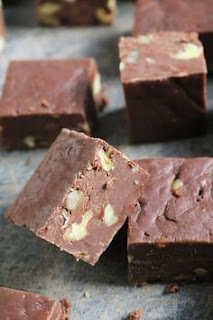 A Midsummer Night’s Fudge is the tenth A Candy-Coated Mystery.  It can be read as a standalone.  I like reading the series in order because it allows me to get to know the characters and the setting.  I thought A Midsummer Night’s Fudge was well-written with developed characters.  Allie, Rex, Jenn, Frances, and, of course, Mal are back for another adventure.  I just love Mal who has a nose for crime.  He is good at sniffing at bodies and clues.  I enjoy the vivid descriptions of Mackinac Island with its charming shops, lovely hotels, and delectable fudge.  Allie is busy at the hotel since she lost her assistant.  She must get up early to make the various flavors of fudge and take care of the hotel guests.  Plus, she does fudge demonstrations during the day with free samples (yum).  Of course, no matter how busy Allie is, she cannot resist a mystery.  The whodunit was fun to follow.  There are various suspects along with a red herring or two.  The clues are there if you pay close attention.  I enjoyed the dramatic reveal.  The only thing that I did not like was Rex constantly discouraging Allie from investigating.  One or two mentions I could live with, but it seemed like every time Rex saw Allie, he gave her a warning. I was sorry to see my visit to Mackinac Island come to end.  There are recipes included for the fudge Allie made for the McMurphy Fudge Shop.  A Midsummer Night’s Fudge is a tasty tale with a contentious contest, fabulous fudge, fatal fireworks, a clever killer, a fun festival, and an inquisitive fudge maker.

A Midsummer Night's Fudge comes out Tuesday, May 24 and it can be preordered from Amazon*.  You can find the other nine delightful A Candy-Coated Mysteries here.  You can follow Nancy Coco on Amazon in order to receive an email when she has a new book release.  I appreciate you stopping by today.  I hope I have helped you to find a new book and/or series.  Tomorrow I am featuring Pockets of Peace by Laurie Stroup Smith.  It is the third book in The Pocket Quilt Series.  I hope that you have a lively day.  I am off to transplant flowers into the new raised beds.  I am trying to get this project done (it is slow going).  I have ordered a raised bed to go in front of our screened porch.  Right now there is a flower bed with stacked stones that are leaning forward.  I thought something with a little more stability might be in order.  It means another project, but it will look good in the end.  Take care of yourself and Happy Reading! 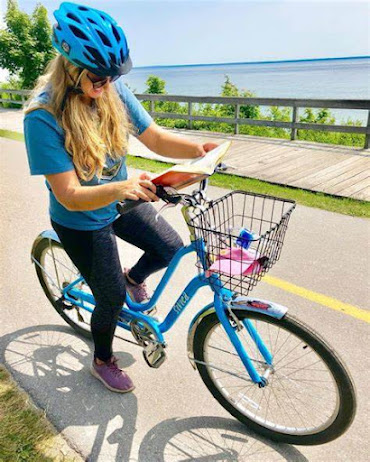