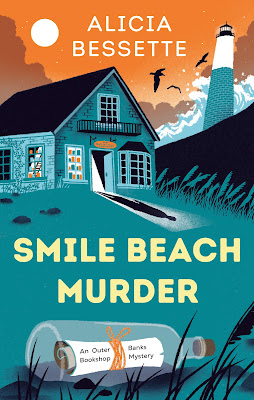 From author Alicia Bessette comes an all-new mystery series featuring Callie Padget, a former reporter turned bookshop clerk in the Outer Banks who is pulled into a deadly web of secrets when a mysterious fall at a lighthouse echoes a tragedy from her past.

When Callie is laid off from her reporting job, she returns to her hometown of Cattail Island and lands a gig at the local bookstore—the same one where she found comfort after her mother died.

In fact, the anniversary of her mother’s infamous death is approaching. Years ago, Teri Padget tumbled from the top of the lighthouse. As islanders are once again gossiping about the tragedy, devastating news strikes: the lighthouse has claimed another victim. Eva Meeks, of Meeks Hardware.

The police are calling it suicide, but Callie does not believe Eva jumped any more than she believes her mother did—especially because Callie knows that before her death, Eva had dug up a long-forgotten treasure hunt that could have put a target on Eva’s back.

In Callie’s search for answers, she enlists the help of some beloved books and several new friends, including the handsome local martial art’s instructor, Toby Dodge. But when another death rocks Cattail Island, Callie must face her fears alone. As she earns enemies in pursuit of the truth, Callie knows she will either uncover the killer or become a victim herself. 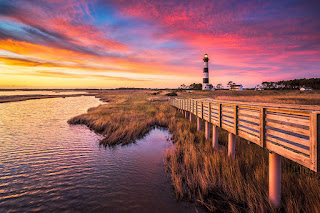 Before authoring the Outer Banks Bookshop mystery series, Alicia Bessette worked as a reporter in her home state of Massachusetts, where her writing won a first-place award from the New England Newspaper & Press Association. A pianist, published poet, and enthusiastic birdwatcher, she now loves living in coastal North Carolina with her husband, novelist Matthew Quick. 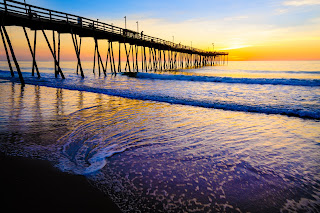 Smile Beach Murder by Alicia Bessette has Callie Padget returning to Cattail Island, North Carolina.  Callie has been laid off from her reporting job and is finding it a challenge to locate another newspaper job.  She moves back into her old room in the loft at her uncle’s home and gets a position at MotherVine bookstore.  Almost to the day of her mother’s death at the lighthouse, another body is found there.  It is Eva Meeks who co-owns Meeks Hardware with her sister.  Callie is one of the last people to speak with Eva.  The police are ruling Eva’s death a suicide, but Callie does not believe it.    Eva had been in the store the day before her death searching for information on her latest treasure hunt.  Callie wonders if the search for the treasure led her to the lighthouse.  With the police unwilling to explore another solution, Callie begins digging for the truth.  Smile Beach Murder takes readers to the Outer Banks in North Carolina.  I enjoyed the beautiful descriptions of the island.  Alicia Bessette is a detail-oriented writer who brought scenes alive with her word imagery.  All the things that make up a cozy mystery are included:  a woman needing a fresh start, small beach town, cozy bookstore, bookstore cat, a mystery, curiosity (as a reporter she wants the truth to be revealed), and an eligible (and handsome) man.  I love that the bookstore cat has his own Instagram account. “He” takes pictures around town.  There is plenty of action as Callie works at the bookstore, investigates the mystery, and digs into the treasure hunt.  I thought it was delightful that a treasure hunt was included (who doesn’t love a good treasure hunt).  I enjoyed the reveal of the treasure hunt solution.  The whodunit kept Callie busy.  She actively searched for clues and asked questions.  She came up with a couple of viable suspects.  There is a dramatic reveal filled with tension.  It depends on how many cozy mysteries you have read on when you will solve it.  The clues are there is you pay close attention to the details.  There are references to mystery novels throughout the story which I loved (one of my favorites was mentioned).  I appreciate that the author took the time to set the stage with the setting and the main characters.  It will be interesting to see what happens in the next An Outer Banks Bookshop Mystery.  Smile Beach Murder is an enticing treasure with beautiful beaches, a low-ceilinged loft, a comfortable bookstore, a treacherous treasure hunt, a looming lighthouse, mystery novel mentions, an Instagram celebrity cat, and a probing reporter. 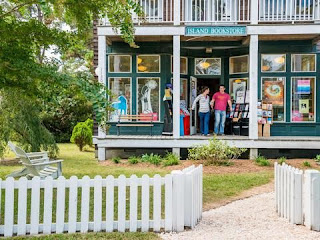 Smile Beach Murder will be out on Tuesday, May 10 and it can be preordered from Amazon*.  You can follow Alicia Bessette on Amazon in order to receive an email when she has a new release.  Thank you for stopping by today and reading my review.  Tomorrow I am featuring The View from Coral Cove by Amy Clipston.  I off to water my seedlings (they are doing very well).  I will soon be transplanting some of them to larger pots.  I hope that you have a joyful day.  Take care of yourself and Happy Reading! 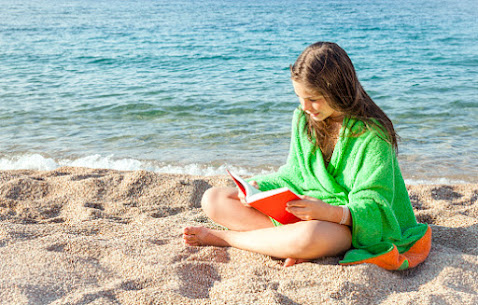