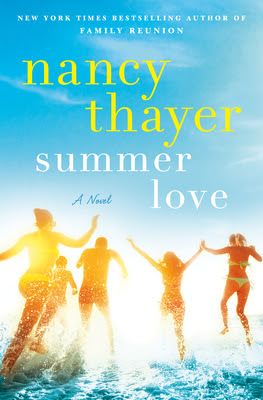 Book Summary
Old secrets come to light when four friends gather on Nantucket for a life-changing reunion in this heartwarming novel of love and self-discovery by New York Times bestselling author Nancy Thayer.
When four strangers rent bargain-basement rooms in an old hotel near the beach, they embark on the summer of their lives. First there's Ariel Spencer, who has big dreams of becoming a writer and is looking for inspiration in Nantucket's high society. Her new friend Sheila Murphy is a good Catholic girl from Ohio whose desire for adventure is often shadowed by her apprehension. Then there's small-town Missourian Wyatt Smith, who's immediately taken with Ariel. The last of the four, Nick Volkov, is looking to make a name for himself and have a blast along the way. Despite their differences, the four bond over trips to the beach, Wednesday-night dinners, and everything that Nantucket has to offer. But venturing out on their own for the first time, with all its adventure and risks, could change the course of their lives.Twenty-six years after that amazing summer, Ariel, Sheila, Wyatt, and Nick reunite at the hotel where they first met. Now it's called The Lighthouse and Nick owns the entire operation with his wife and daughter. Ariel and Wyatt, married for decades, arrive with their son, and Sheila's back too, with her daughter by her side. Life hasn't exactly worked out the way they had all hoped. Ariel's dreams have since faded and been pushed aside, but she's determined to rediscover the passion she once had. Nick has the money and reputation of a successful businessman, but is it everything he had hoped for? And Sheila has never been able to shake the secret she's kept since that summer. Being back together again will mean confronting the past and finding themselves. Meanwhile, the next generation discovers Nantucket: Their children explore the island together, experiencing love and heartbreak and forging lifelong bonds, just as their parents did all those years ago. It's sure to be one unforgettable reunion.
This delightful novel from beloved storyteller Nancy Thayer explores the potential of dreams and the beauty of friendship. 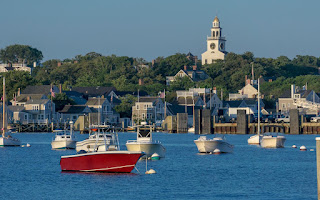 Summer Love by Nancy Thayer is a story about friendship, summer fun, and secrets.  Ariel, Nick, Sheila, and Wyatt have just graduated from college.  The four of them have jobs on Nantucket Island for the summer.  They are the lucky four who have obtained accommodations in the basement of a hotel under renovation.  They work during the day and enjoy the island during their free time.  Twenty-six years later, the four reunite at the same hotel that is now owned by Nick.  They bring their children who are now in their early twenties just like they were when they first came to Nantucket.  Their “children” become friends and set off to enjoy Nantucket Island.  Summer Love is told in alternating chapters of this summer and that summer.  The point-of-view alternates between the characters.  We get to see the four roommates get to know each other and enjoy their summer on the island.  The four were from differing backgrounds.  Personally, I felt that they were not that close.  The only reason they spent time together is because they were roommates.  They even found each other annoying at times.  The pacing is mixed in Summer Love.  There are times it flew by and others when it moved at a snail’s pace.  I found the story to be predictable and I thought the characters lacked development.  The ending was just the end (anticlimactic).  It did not feel like everything came together.  Summer Love is the type of book you read when you want an uncomplicated book.  It is a good vacation story (a beach read).  I did feel that Nancy Thayer brought Nantucket Island alive.  I could envision the island with its quaint shops, the beach, the ocean, and the dingy basement rooms.  She also shows the diversity between the rich people who inhabit the island in the summer and the working class.   Summer Love is reminiscent of those essays we had to write at the beginning of the school year that detailed what we did over the summer.  Summer Love is a lighthearted tale about the scattered sand, the hot summer sun, the open ocean, plethora of parties, boastful bragging, a sinful secret, unsatisfied visions, and summer reunion. 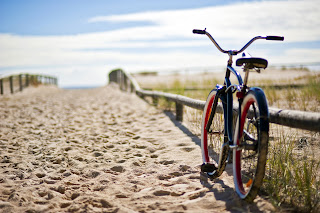 Summer Love is available from Amazon*.  If you like the sound of Summer Love, read a sample to see if it suits you.  We each like different books which is why there are so many different genres.  You can follow Nancy Thayer on Amazon to receive an email when she has a new release.  I appreciate you stopping by today and reading my review.  Tomorrow I am a stop on the Celebrate Lit Tour for The Amish Twins Next Door by Vannetta Chapman.  It is the ninth book in Indiana Amish Brides series (each book can be read as a standalone).  I am off to get some chores done around the house.  I hope that you have a special day.  Take care and Happy Reading! 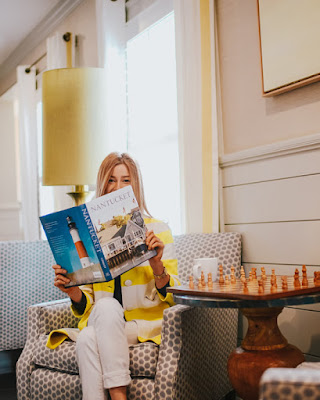