Buried in a Good Book by Tamara Berry

Buried in a Good Book 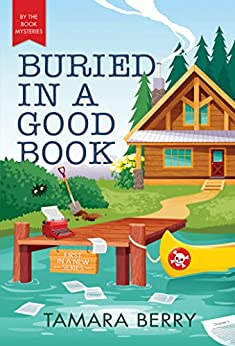 An isolated cabin in the woods that's probably―definitely―hiding something

Bestselling thriller writer Tess Harrow is almost at the end of her rope when she arrives with her teenage daughter at her grandfather's rustic cabin in the woods. She hopes this will be a time for them to heal and bond after Tess's recent divorce, but they've barely made it through the door when an explosion shakes the cabin. Suddenly it's raining fish guts and...is that a human arm?

Tess was hardly convincing Gertie that a summer without Wi-Fi and running water would be an adventure. Now she's thrust into a murder investigation, neighbors are saying they've spotted Bigfoot in the woods near her cabin, and the local sheriff is the spitting image of her character Detective Gabriel Gonzales―something he's less than thrilled about. With so much more than her daughter's summer plans at stake, it's up to Tess to solve this case before anyone else gets hurt. 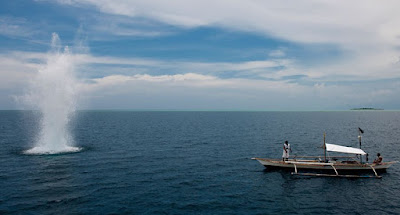 My Thoughts
Tess Harrow, thriller writer, and her daughter, Gertrude aka Gertie arrive at the cabin she inherited from her grandfather.  Tess decided they needed a break after her divorce plus Gertie needs a place where she cannot continually check her phone (no electricity, no running water, no wifi).  Gertie has not heard from her father in six months, and it has taken a toll on the teenager.  They are on the front porch when “BOOM”.  They head towards the sound (of course).  At the lake, there is another “BOOM”.   Fish and body parts begin raining down on them (an arm lands on Tess).  Instead of peace and tranquility, Tess and her daughter find themselves in the middle of a murder investigation.  Tess is excited and her fingers are itching to get to her typewriter as ideas start to flow.  The local sheriff, Victor Boyd is a doppelganger for the detective featured in Tess’s books.  On the way to the sheriff’s office to identify the dynamite fisher, Sheriff Boyd and Tess encounter Big Foot running through the woods.  There is no keeping Tess out of this investigation now.  She sets out to discover what is happening in the town of Winthrop. 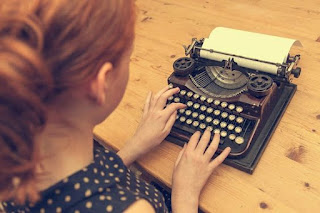 Buried in a Good Book by Tamara Berry is the debut of By the Book Mysteries.  Buried in a Good Book is a lighthearted cozy mystery.  I am torn on my thoughts about this book.  In the beginning, I was amused by Tess and Gertie as well as the mystery.  I love Gertie (my favorite character).  She is a precocious teen.  Gertie is helpful and comes up with good ideas.   She is often several steps ahead of her mother.  Gertie is, though, going through that teen angst phase thanks to her absentee father (and arguments with her mother).  There is a large cast of characters (Sheriff Boyd, Peabody brothers, Ivy, Nikki, Quinn, and Carl to name a few) which can make it hard to keep them all straight.  Tess is a strong character.  She can be hard to like at times, but I do find her amusing (for the most part).  Her thought processes are what I love (she always has murder on the brain).  Her mind can wander at times when a writing idea takes hold (usually at inappropriate times).  Sheriff Victor Boyd is a good counterbalance for Tess.  He is normally a calm, levelheaded man who conducts his investigations by the book.  Tess likes to take liberties with the rules which ruffles Sheriff Boyd’s feathers.  If the poor man did not have high blood pressure before meeting Tess, he will have it now.  Gertie also loves being part of a murder investigation (which upsets and impresses Tess).  The mystery is convoluted.  I felt the author tried to put too much into one book. However, it is a fun crime to solve.  There are a variety of suspects, a red herring or two, plus plenty of humor.  I like how it all wrapped up at the end with an entertaining reveal.  I did find it challenging to keep track of the differences between the real crime and Tess’s books.  There are numerous references to Tess’s crime thriller series.  In addition, we have the bookmobile librarian who has read all of Tess’s books (knows them very well) and a deputy who has written a science fiction novel that she would like Tess to read.  I did find it amusing how she got Tess to read her lengthy manuscript.  Let us not forget the errant ex-husband who shows up and causes drama.  If you like light, comical cozy mysteries, then you will enjoy Buried in a Good Book.  I wonder what Tess and Gertie will get up to next time in On Spine of Death.  Buried in a Good Book is an entertaining whodunit with flying fish, a derelict dwelling, bothersome brothers, a blue bookmobile, a vexing ex-husband, a staid sheriff, and a witty writer who loves whodunits. 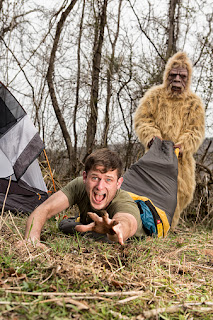 Buried in a Good Book comes out Tuesday, May 24 and it can be preordered from Amazon*.  The next By the Book Mystery is On Spine of Death which publishes on November 29.  Tamara Berry has also written An Eleanor Wilde Mysteries.  If you follow Tamara Berry on Amazon, you will receive notifications when she releases a new book.  I appreciate you taking the time out of your day to read my book review.  On Saturday, I am featuring Her Amish Springtime Miracle by Winnie Griggs.  It is the second book in the Hope's Haven series.  I hope that your day is filled with happiness.  Joy keeps us upbeat and positive.  Take care and Happy Reading! 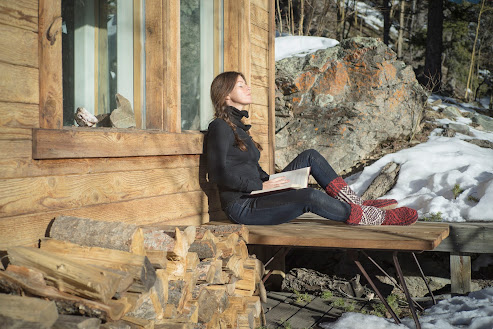