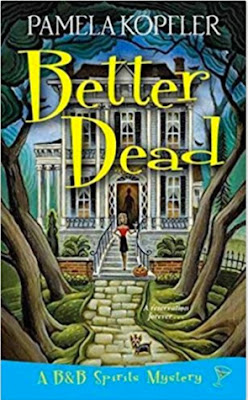 Thank you for stopping by today.  A Song Unheard by Roseanna M. White will be published on January 2.  It is the second book in Shadows Over England series.  Willa Forsythe is tasked with getting a cypher key from Lukas De Wilde, a Belgium violinist and refugee.  Lukas is worried about his mother and sister who are still in Belgium.  He wants to find a way to get them out of the country and to safety.  But German officials wants the work done by Lukas' father and they believe he has the answers they need.

Better Dead by Pamela Kopfler is the first A B&B Spirits Mystery.  Holly Davis owns Holly Grove Plantation in Delta Ridge, Louisiana which she turned into a bed and breakfast three years prior.  Holly’s husband, Burl passed away three months ago just before he was served with divorce papers for his cheating ways (and so much more).  Holly is celebrating the end of her mourning with champagne and raises a toast to Burl.  The next thing she knows he is there before her (then chaos ensues).  The next morning Holly wakes up on the floor with white powder all around her (long story) and the Deltas are peering at her through the window. Burl was not a drunken hallucination and he cannot move on until Holly helps with his unfinished business.  He only has until midnight on Halloween to make things right or he will be stuck at Holly Grove forever (Holly’s worst nightmare).  Holly is the only person who can see and hear Burl.  Before his death, Burl was involved in smuggling drugs through Holly Grove and he believes busting up the ring is his unfinished business.  Holly agrees to help Burl in exchange for him haunting the house during the Haunted Pilgrimage Tour of Homes.  Holly needs to turn a profit, or she is in danger of losing Holly Grove (thanks to Burl).  Then Holly’s old high school flame, Jake McCann returns to town and wishes to stay at Holly Grove.  Unknown to Holly, Jake is an ICE agent trying to stop the drugs being smuggled through the plantation.  He is as handsome as ever and Holly is still attracted to him.  However, it is hard to flirt with your deceased husband in the room.  Can Holly discover who is behind the drug smuggling and put a stop to it?  Why has Jake returned to town?  Watch Holly juggle her duties at the B&B along with Burl, Jake, the Deltas, and a housekeeper who wants the ghost out of the house.

Better Dead is a Southern cozy mystery with paranormal elements.  The story is told from Holly and Jake’s POV.  I prefer stories that are written from one viewpoint (preferably third person).  It allows readers to stay immersed in the story and not be distracted by the changing voice.  Better Dead is a humorous story with one zany antic after another throughout the whole book.  While I do not enjoy reading these type of stories, many other readers find them delightful.  I prefer intelligent, strong female characters.  I was never drawn into Better Dead.  I read it, but just found it unbelievable.  Some examples are:  The Deltas believing fire hydrant foam dust to be cocaine and that Holly has a drug issue (the gossip quickly spread throughout the whole town); the gold sex toy that Holly breaks and then needs fixed (because she is snooping through her guests luggage); the housekeeper who brings in a priest and a medium to get rid of the ghost;  housekeeper and Holly wearing garlic to keep the ghost at bay; Holly runs a B&B, but she cannot cook (or reheat) without destroying food (which happens in the book). I was curious why the B&B served dinner?  Especially since the housekeeper cooks the food in advance (she does not stay until dinner) and then Holly has to reheat it (would you pay for this service).  Like I mentioned before, many people will find these things hilarious (I am just not one of them).  There was too much of it along with the bickering between Holly and Burl (tiresome and repetitive) and Holly ogling Jake (and thinking about him).  I believe the author was trying for screwball comedy type humor (but did not pull it off).  The mystery is in there among all the zaniness.  The culprit can be identified before the reveal (do not let the crazy distract you).  Holly gets herself into one dangerous situation after another since she refuses to listen to anyone (which gets her into trouble and then she needs rescuing).  The characters lacked development and Burl was annoying.  Better Dead was too long (I did not think the book would ever end).  Better Dead was not my cup of tea.  Downright Dead is the next book in the series and will be released on September 25, 2018.

Please remember that my review is just my personal thoughts regarding the book.  While a book may not appeal to me, other readers will find it wonderful.  That is the beauty of books.  There is something for everyone! I will return tomorrow on the last day of 2017 with my review of Kappy King and the Puppy Kaper by Amy Lillard.  Have an enchanting day.  Take care and Happy Reading! 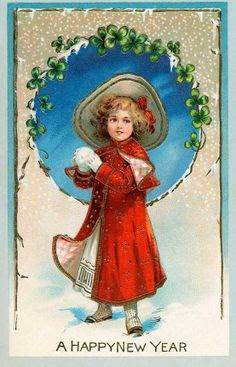