Crust No One: A Bread Shop Mystery 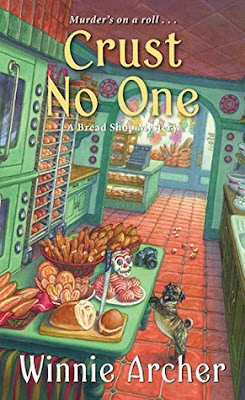 Salutations!  Out of the Ashes by Tracie Peterson and Kimberley Woodhouse comes out on January 2.  It is the second book The Heart of Alaska series, but it can be read alone.  Jean-Michel Langelier and Katherine Demarchis were broken apart by her father five years prior.  They have both had difficult times since that day.  But now they have an opportunity to be together again.  But are they strong enough in body and spirit to take advantage of it?


Crust No One by Winnie Archer is the second installment in A Bread Shop Mystery series.  Ivy Culpepper has found solace at Yeast of Eden run by her friend and mentor Olaya Solis in Santa Sofia, California.  The Blackbird Ladies (as Ivy as dubbed them) come into the shop to partake in the delicious goodies and chat (gossip).  Miguel Baptista calls to hire Ivy (professional photographer) to do photographs for his menus, advertising, and web site for Baptista’s (the restaurant he is remodeling).  Ivy had hoped that the spark between them would flare up again, but there is something holding Miguel back.  The Blackbird Ladies are worried when Mustache Hank, the local produce man, disappears.  He has missed his deliveries, and no one has seen him recently.  Miguel is also concerned about Hank who provides produce for his restaurant and has never missed a delivery.  Ivy (who only met the man once) and Miguel team up look for Hank Rivera.  They get assistance from the loquacious Blackbird Ladies who know all the local gossip.  Hank had recently gone through a divorce from his high school sweetheart and he was having financial difficulties.  Ivy and Olaya are also preparing for the Winter Wonderland Festival where they will have a booth.  What happened to Hank?  Will romance bloom between Ivy and Miguel?

Crust No One is the second book in A Bread Shop Mystery series.  It can be read as a standalone since the author provides the needed background information and a summary of events from the first book are included.  The cozy elements are the dominant part of the book.  Ivy settling into her new home, making bread, chatting, enjoying Winter Wonderland Festival, the various Blackbird Ladies, walking, eating, etc.  The mystery is different with a missing person (instead of Ivy stumbling over a dead body).  It is a medium level mystery and readers might not figure out all the elements (I do not want to say too much and give anything away).  The issues between Miguel and Ivy were not enjoyable (I wanted to lock them in a room and tell them to talk it out).  They broke up after high school and have yet to discuss the why.  At the end of the book, the topic is finally addressed (but you will have guessed what happened long before then).  I found the pace to be a little slow for my liking and my attention was not held by this story.  The investigation consists of talking to people.  These talks can provide pertinent information and vital clues.  The story could have used some action and a faster pace.  Ivy’s thinking/speculation and repetition of details (how many times do I need to be told Mrs. Branford’s age) along with bread making fill the book.  I thought it was odd that Ivy became so invested in looking for a man she only met (briefly) once.  Something else that stood out to me was when Miguel contacted Ivy for her photography services, she did not contact him back immediately.  She waits two days because she will only do things on her terms (with regard to Miguel).  Did she forget this is a business transaction and not personal?  I preferred Kneaded to Death to Crust No One (what captivated in the first book was missing in this one).  Crust No One could have used a few tweaks.

I appreciate you visiting today and reading my review.  I will return tomorrow to discuss Better Dead by Pamela Kopfler.  It is the first story in A B&B Spirits Mystery series.    May you have a very special day.  Take care and Happy Reading! 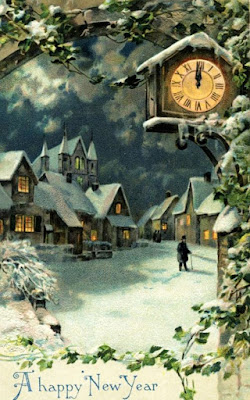