The House on Foster Hill 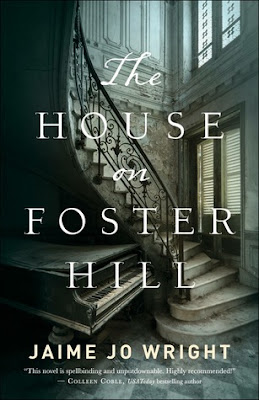 Christmas is almost upon us!  Are you ready?  I am working frantically to get everything completed in time.  Wish me luck!

The House on Foster Hill by Jaime Jo Wright is a Christian mystery story and the author's debut novel.  Ivy Thorpe lives with her father in Oakwood, Wisconsin.  In March of 1906, a body has been found in the hollowed tree on Foster Hill near Foster Hill House.  Who is the young woman and why was she killed?  Ivy wants to find out the identity of the woman along with who harmed her.  However, the one person who can assist her is also the individual who left her when she needed him the most.  Then it is discovered that the victim had recently given birth.  Ivy is determined to get justice for the woman and locate the missing child.

Kaine Prescott has decided to relocate from San Diego to Oakwood, Wisconsin.  She lost her husband, Danny two years prior and Kaine is certain his death was no accident.  The police, though, will not investigate further nor they believe that Kaine has a stalker.  Kaine bought Foster Hill House (unseen and without an inspection) in her grandfather’s hometown.  When Kaine starts work on the home, she finds clues to the century old mystery.  Will Kaine be able to discover what happened to the young woman who died in 1906?


The House on Foster Hill splits time between 1906 and the present.  I felt the author did the story a disservice by splitting the focus.  The story felt muddled.  The first two chapters of the novel felt creepy and mysterious.  However, it soon fizzled into humdrum (especially the contemporary sections).  I found Ivy more interesting than Kaine. The romance (for both characters) was more prominent than the mystery.  The only reason for the mystery was for the two women to find love.  The author tried to put too much into one book (needed editing and a major rewrite).  I found the story slow-paced (paint dries faster) and lacking in flow.  Ivy kept a journal in which she wrote stories about the people who died (made up stories).  She was determined to solve the murder and kept running off which put her in danger multiple times (reckless).  Kaine buys a house that needs massive renovations in a town she has never visited.  She has no DIY skills or tools.  She overreacts each incident.  There was a repetition of information, and I never felt the suspense (or tension).  The mystery is one that plays out (another disappointment) with the details being revealed in the final 10%. The ending felt incomplete.   I found The House on Foster Hill to be a tedious book to read (felt like I was slogging through a mud pit).  The House on Foster Hill is available on Kindle Unlimited (a program through Amazon.com).

Thank you for taking the time out of your day to read my latest review.  I will return on December 26 with my evaluation of Murder with Lemon Tea Cakes by Karen Rose Smith.  I hope that each of you have a very Merry Christmas.  Take care and Happy Reading! 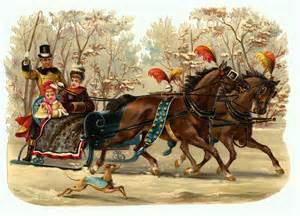