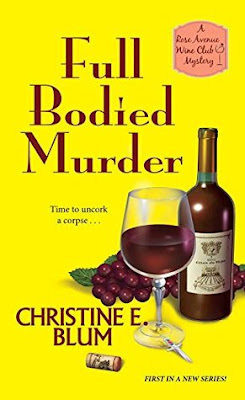 Welcome! The Ladies of Ivy Cottage by Julie Klassen will be available on December 5.  It is the second book in Tales from Ivy Hill series (historical romance).

Full Bodied Murder by Christine E. Blum is the first book in A Rose Avenue Wine Club Mystery series.  Annie “Halsey” Hall is thirty-six years old and starting over.  She has divorced her husband, starting a new software apps company, and moved across country from New York to Rose Avenue in California.  Halsey was happy to receive an invitation to attend the Rose Avenue Wine Club.  She is off to attend her first meeting with her puppy, Bardot.  Halsey finds the front door ajar and Bardot runs into the dark house.  After some stumbling and knocking into furniture, Halsey finds the homeowner with a kitchen knife protruding from her body.  It turns out that Halsey went to the wrong home for the meeting.  The victim is Rosa Sobel and the police have set their sights on Halsey as the killer.  To clear her name, Halsey, with the ladies of the Rose Avenue Wine Club, start investigating the residents of Rose Avenue to uncork the culprit.  It seems, though, that murder might not be the only criminal activity taking place on their street.
Full Bodied Murder is not what I expected.  I thought the characters lacked development (along with the setting---we are told about the street, but what about the town—its name) and Bardot overshadows the secondary characters.  There are frequent mentions of wine and wine terminology (with dictionary at back of book for those who need assistance—like me).  With the amount of wine the group drank, I am surprised that none of them have problems with their livers.  I believe the author tried to cram too much into one story.  Every single person on Rose Avenue is quirky and there are numerous activities going on (yogurt shop, nosy neighbor, cars shifting around during the night, drug dealers, theft, illegal cameras, angry neighbors, etc.).  The story jumps all over the place with a distinct lack of focus.  Of course, let us not forget the police who concentrate their investigation on Halsey who did not even know the dead woman.  Halsey contaminates evidence and I am curious how they can get a conviction when she ruins the chain of custody on evidence.  Then there is the flirtation, romance and sexual innuendo/tension between Halsey and then men she encounters.  Full Bodied Murder also contains foul language (fair warning).  The various mysteries can be figured out by the readers.  The killers’ identity will come as no surprise.  The next book in A Rose Avenue Wine Club Mystery series is Murder Most Fermented (I will not be reading it).
I will be sharing my review of Prism by Nina Walker tomorrow.  It is a young adult paranormal novel and the first in The Color Alchemist series.  I hope that you have an amazing day.  Take care and Happy Reading! 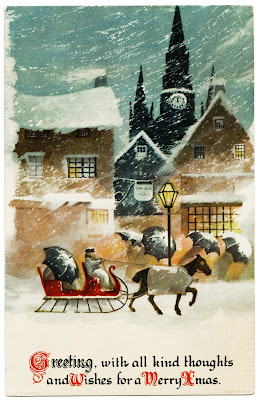