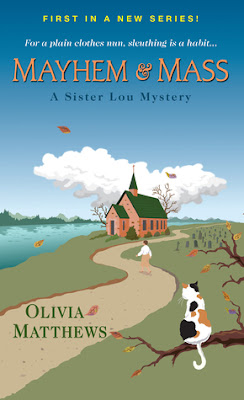 Happy December 1.  A Wedding At Mulberry Lane by Rosie Clarke is out today.  It is the second book in The Mulberry Lane Series.  It is a delightful historical series of book that takes place in Spitalfields, England during World War II.

Mayhem and Mass by Olivia Matthews is the first book A Sister Lou Mystery series.  Sister Lou LaSalle is a sister with St. Hermione of Ephesus in Briar Coast, New York.  She has invited her old friend, Dr. Maurice Jordan to be their speaker for Saint Hermione of Ephesus Feast Day presentation.  Sister Lou’s choice was not a popular one since Dr. Jordan, a theology professor, is known for his controversial views.  The day of his speech, Maurice fails to show up on time or respond to Sister Lou’s phone calls.  Sister Lou finds Maurice dead in his hotel room from blunt force trauma.  Deputy Fran Cole and Deputy Ted Tate focus on Sister Lou and her fellow sisters as suspects in Maurice’s death.  Sister Lou feels responsible for Maurice’s death and is determined to get justice for her friend.  She enlists her nephew, Chris LaSalle to help with the investigation.  Sister Lou and Chris are joined by Shari Henson, reporter for The Briar Coast Telegraph (despite Chris’ objections).  Can this threesome find Dr. Jordan’s killer or will they end up the next victims?
Mayhem and Mass had an interesting premise.  A sister who investigates crimes.  I found Sister Lou to be feisty, determined, smart, but lacking in her questioning technique.  Instead of nicely asking people questions in an unassuming way, she is forthright and direct.  It is off-putting.  Sister Lou ends up alienating every person she talks to during the course of the investigation.  The story takes place over a few weeks (be prepared to fall asleep).  I found the book to be slow paced and repetitive (same details rehashed).  The cops are portrayed as incompetent (which is mentioned frequently) and one is nasty (of course).  The mystery cannot be solved early in the story because the killer is not introduced until almost midway in the book (though the actual murder takes place much earlier).  There is misdirection and multiple suspects, but the culprit is obvious (once introduced).  Readers will have no problem surmising the guilty party and their motive.  The multiple points of view were a hinderance to the story.  The author should have stuck with telling the story from Sister Lou’s perspective or third person (instead of alternating with Chris and Shari).  It felt like Shari and Sister Lou were competing for dominance in the book instead of Sister Lou coming across as the main character.  Then we have Chris worrying about his aunt’s safety, his job and his attraction to Shari (repetitive).  Shari wants to further her career and is fighting with her boss who prefers to portray Briar Coast as the perfect small town with no issues (unrealistic).  Let us not forget the extremely negative Sister Marianna and her constant criticism.  The author seemed to delight in telling readers about every little detail of rooms (especially the color of each item). How many times do I need to be told about Sister Lou’s powder blue chairs?  Once was enough.  I wanted to like Mayhem and Mass, but I found it tiresome, tedious, and boring (and in need of editing).  The next book in A Sister Lou Mystery series is Peril and Prayer (June 2018).

I will return tomorrow with my review of Full Bodied Murder by Christine E. Blum.  The first book A Rose Avenue Wine Club Mystery series.  Thank you for visiting today.  Take care and Happy Reading! 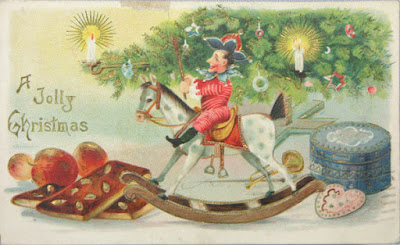