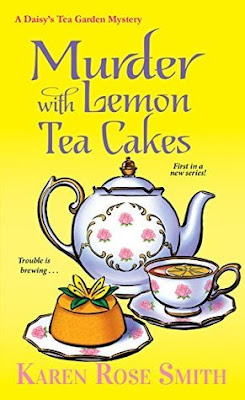 Greetings!  I hope everyone had a delightful holiday.  There are some new books out today that I wanted to share with you.  Crust No One by Winnie Archer, A Courtship on Huckleberry Hill by Jennifer Beckstrand, Stowed Away by Barbara Ross, Kappy King and the Puppy Kaper by Amy Lillard, Murder with Lemon Tea Cakes by Karen Rose Smith, Escape Claws by Linda Reilly, Unbridled Murder by Leigh Hearon, A Devious Death by Alyssa Maxwell and Better Dead by Pamela Kopfler.

Murder with Lemon Tea Cakes by Karen Rose Smith is the first book in A Daisy’s Tea Garden Mystery series.  Daisy Swanson co-owns Daisy’s Tea Garden (housed in a beautiful old Victorian) with her aunt, Iris Albright in Willow Creek, Pennsylvania.  Iris has been dating Harvey Fisk who is working to obtain a divorce from his wife, Monica.  At a party honoring the 25th anniversary of Harvey’s store, Men’s Trends at Daisy’s Tea Garden, Monica storms in and accuses Harvey of hiding assets (talk about a party pooper).  Iris leaves to meet Harvey for a date and Daisy hears a scream.  Harvey is dead in their herb garden from blunt force trauma and one of their statues is missing.  Detective Rappaport is on the case, and he has decided Iris is the culprit.  Daisy with the help of former detective, Jonas Groft query the various suspects.  It turns out that Harvey had recently changed his will which angered his children.  Could one of them have murdered Harvey?  Daisy is worried about her youngest daughter, Jazzi.  She has been acting out lately, and Daisy discovers that Jazzi wants to locate her biological mother.  Daisy knows she needs to support Jazzi’s decision and help her in any way she can.  Business is booming at the tea garden courtesy of Harvey’s murder and Daisy brings on additional staff.  Daisy follows the clues in the hopes of catching the real killer and removing Aunt Iris from the suspect list.  Who murdered Harvey?


Murder with Lemon Tea Cakes is nicely written and has a good pace.  The author sets the stage in this book for the series.  She establishes the characters, Daisy’s Tea Garden, and the town.  I found the characters to be congenial and relatable (except for Detective Rappaport).  Daisy is a smart, strong and caring woman who loves her family and is striving to make a success of her new business.  She is a widow with two daughters (one biological and one adopted).  Thanks to Karen Rose Smith’s description, I can picture Daisy’s Tea Garden in my head.  She provides sumptuous descriptions of the tea and food served at the tea garden (recipes at the end of the book).  I was not a fan of cantankerous Detective Rappaport, but their does need to be one disagreeable character (someone who readers love to hate).  He was like a dog with a bone.  He gets a hold of an idea and does not let go.  The mystery was appealing with several suspects and misdirection.  The investigation mostly consisted of questioning (I wish there had been more action).  The murder was not the prominent part of the story.  The mystery can be solved before the reveal if pay careful attention to the clues.  More time is devoted to the tea garden, Daisy’s family, food descriptions, tea, talking, cats and flirting.  There are two possible romantic partners for Daisy.  I am sincerely hoping that this will not result in a love triangle in future books in the series.  Murder with Lemon Tea Cakes is a lovely cozy mystery, and I will be reading the next book in A Daisy’s Tea Garden Mystery series. Fans of Karen Rose Smith and A Caprice De Luca Mystery series will be entertained by Murder with Lemon TeaCakes.  The next book in A Daisy's Tea Garden Mystery series is Murder with Cinnamon Scones which will be published on May 29, 2018.

Thank you for visiting today.  I will be featuring A Courtship on Huckleberry Hill by Jennifer Beckstrand tomorrow.  It is the eighth book in The Matchmakers of Huckleberry Hill series.  I hope you will stop by and see what I thought about this Amish romance.  May you have a pleasing day.  Take care and Happy Reading! 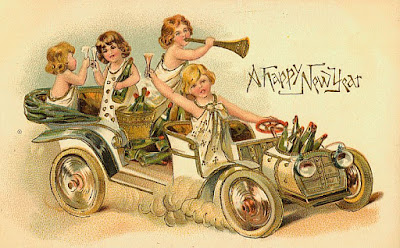