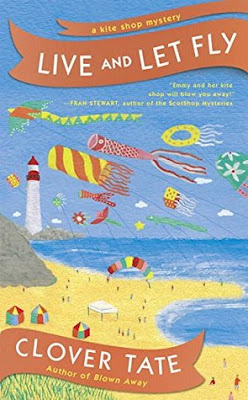 Greetings!  Christmas is rapidly approaching.  I am still working on getting my tree decorating.  There are just not enough hours in the day to get everything done during the holiday season.  Another One Bites the Crust by Ellie Alexander will be published on January 2.  It is the seventh book in A Bakeshop Mystery series.


Live and Let Fly by Clover Tate is the second book in A Kite Shop Mystery series.  Emmy Adler owns Strings Attached in Rock Point, Oregon.  She is busy preparing her kite for the upcoming kite festival.  Emmy needs to win for the publicity to help keep her fledgling shop open over the winter.  Emmy is working on her kite when her sister, Sunny arrives unexpectedly and states she is moving in with Emmy.  Sunny has quit college and wants to think over her options for her future.  While drinking tea, Sunny manages to spill her cup and stain Emmy’s kite.  Emmy heads to Brew House and sees Jack Sullivan talking with guest judge, Jasmine Normand.  Emmy ends up causing a scene.  The next morning, Jasmine Normand is found dead, and Emmy is a person of interest.  Business at Strings Attached takes a nosedive, so Emmy sets out to find Jasmine’s killer.  When not busy with her investigation, Emmy starts working on a new kite for the competition.  Unfortunately, Sunny ends up burning a hole in it.  Maybe the third one will be a winner. Can Emmy find the culprit before the competition begins?  Does she stand a chance of getting a kite finished in time with Sunny around?
Live and Let Fly is the second installment in A Kite Shop Mystery series, but it can be read alone.  I like that Emmy makes unique one-of-a kind kites.  Emmy, though, is bland and I did not like her interactions with Jack Sullivan (jealousy and overreacting when Jack wanted to discuss their relationship).  Her sister, Sunny, outshines her throughout the story with her clumsiness, financial advice, and gregarious personality.  I found the novel to be slow paced and lacking in action.  There was a lot of time devoted to walking, eating, and talking.  There is a little action towards the very end of the book.  I am giving Live and Let Fly 3 out of 5 stars.  The mystery has more than one component and is slightly complex.  Most armchair sleuths will have no problem figuring out the solution.  I was never drawn into Live and Let Fly.  It is one of those stories that I read, but my mind was never fully engaged.  I felt that the author did not fully develop her world or characters.  Cozy mystery readers who enjoy light, humorous stories will enjoy reading Live and Let Fly.  There is humor, romance, a mystery and beautiful kites in Live and Let Fly.  The first book in A Kite Shop Mystery series is Blown Away.
Thank you for visiting today.  I do appreciate it.  I will be featuring Unnatural Causes by Dawn Eastman tomorrow.  It is the first book in A Dr. Katie LeClair Mystery series.  I sincerely hope that you have a beautiful day.  Take care and Happy Reading! 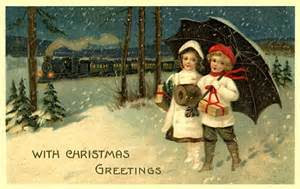