Beneath the Summer Sun: An Every Amish Season 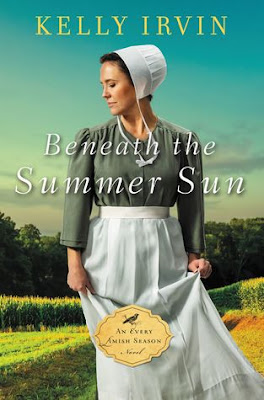 Welcome!  I want to share with you some upcoming releases of Amish novels.  They include Amish Cooking Class - The Celebration by Wanda Brunstetter (February 1), Liza's Second Chance by Molly Jebber (January 30), and Phoebe's Light by Suzanne Woods Fisher (February 6).


Beneath the Summer Sun by Kelly Irvin is the second installment in An Every Amish Season series.  Jennie Troyer is a widow with seven children in Jamesport, Missouri.  It has been four years since her husband, Atlee passed away, and Jennie is content to live without a spouse.  Jennie never told a soul about the type of husband Atlee was and how she can still hear his voice in her head belittling her.  Leo Graber has been in love with Jennie since they were young.  His guilt over his father’s death has prevented him from pursuing a relationship with Jennie or living a happy, fulfilling life.  Nathan Walker is a Mennonite traveling book salesman who has fallen for Jennie.  He visits her farm whenever he is in the area and enjoys spending time with Jennie and the children.  Nathan has been unable to settle down in one place because of resentment towards his parents for their mission work and leaving him behind when he was younger. He is contemplating becoming Amish to be with Jennie.  Matthew Troyer, Jennie’s oldest son, has been moody, rude, sneaking out of the house at night and refuses to discuss what is troubling him with Jennie.  What will it take for the four of them (Jennie, Leo, Nathan, and Matthew) to resolve their issues and move forward with their lives?

While Beneath the Summer Sun is the second book in the series, it can be read alone.  You need not have read Upon a Spring Breeze which involves different characters (but in the same community).  Beneath the Summer Sun is well-written and engaging. I appreciate this author’s writing style (makes for an easy and enjoyable novel).  I was drawn in right away and my attention was held until the end of the book.  The story contains lovely characters that are nicely constructed and develop over the course of the book.  They are realistic and relatable as well as the issues that they are experiencing.  I like how Ms. Irvin handled the subject of domestic abuse (physical and mental).  It is an issue that is generally not addressed in Amish novels and the author shows that abuse is not limited to Englischers (as we are called).  I am grateful that the author does not paint the Amish in a picture-perfect world.  The author has a way of incorporating Christian values into the book (light touch).  It flows nicely with the story and does not come across as preachy.  Some of the issues that are addressed are faith, following God’s path for your life, power of prayer, scripture, trust, forgiveness (of oneself and others), love, grace and guilt.  Beneath the Summer Sun is a captivating book that will stay with you long after you finish it.    I am eager to read the next book in An Every Amish Season series which is Through the Autumn Air.  We get Mary Katherine Ropp’s story who is in Beneath the Summer Sun.

Thank you for taking the time to read my review.  I will be featuring The Orphan Girl by Lindsey Hutchinson tomorrow.  I am off to continue my work in the attic.  I am only able to do a little at a time (small cramped space).  May you have a beautiful day.  Take care and Happy Reading! 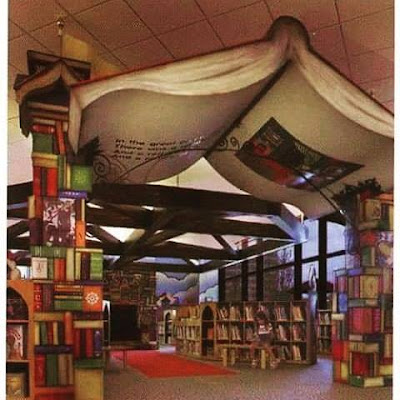