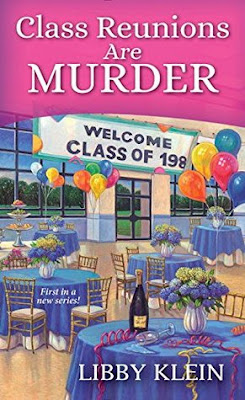 Greetings Fellow Readers!  Phoebe's Light by Suzanne Woods Fisher will be published on February 6.  It is the first book in the Nantucket Legacy series.

Class Reunions are Murder by Libby Klein is the first installment in A Poppy McAllister Mystery series.  Poppy McAllister is a widow of six months.  Since her husband passed away, she has stayed cooped up in her home watching cooking shows, overindulging in sweets, talking to her cat (Sir Figaro Newton) and avoiding her overbearing mother-in-law, Georgina.  She receives an invitation for her twenty-fifth high school reunion along with a strange note from her high school nemesis, Barbie Pomeroy Clark.  The last thing Poppy wishes to do is attend, but her friend Sawyer insists she attend (responds to the invitation for her).  It does give Poppy a chance to visit her unique Aunt Ginny and see how she is faring.  After purchasing a new (hideous) dress that fits, Poppy is off to the reunion.  Barbie has not changed one iota since high school (mean, nasty, bully).  Poppy’s friend, Sawyer gets into an altercation with Barbie.  When Poppy goes to check on Sawyer, she finds Barbie dead in front of her old locker.  Amber, another high school nemesis, is now a police officer and arrests Poppy of the crime.  Poppy is soon released (thanks to old high school boyfriend) and she sets out to prove her innocence.  The suspects list is quite long since Barbie made enemies on a daily basis.  Poppy must also help her Aunt Ginny deal with an aggressive social services worker and cope with her new diet/exercise regimen prescribed by the holistic doctor (to help with her depression).  Poppy needs to locate the murderer before she ends up celebrating her 30th reunion behind bars.

Class Reunions are Murder is a debut novel from Libby Klein.  The book opens with middle aged Poppy McAllister a hot mess.  She is grieving the loss of her husband (understandable) and dealing with a difficult mother-in-law (who objects to Poppy spending any of her inheritance).  Poppy has been eating donuts, fudge, cookies, brownies and other sweet (unhealthy but delicious) treats for the last six months (gained 60 pounds).  She spends her days in workout/yoga clothes that are ill fitting and stained while watching cooking shows (and talking to Figaro).  The last thing she wants to do is return to Cape May, New Jersey for her high school reunion (I do not blame her).  Circumstances (and a conversation with an inmate while she was in the local jail) in Cape May force Poppy out of her funk.  There is a murder (she is being railroaded by an angry police officer), a social services worker is trying to force Aunt Ginny into an assisted living facility, a holistic doctor puts her on the Paleo diet and suggests Poppy try yoga, and none of her clothes fit her.  Aunt Ginny is a lively, eccentric and lonely woman.  I believe she has missed having family nearby and that is why her home has been neglected.  There are two love interests for Poppy (which I found odd since she is still grieving her husband).  The handsome barista, Giampaolo and her old high school boyfriend, Tim.  The mystery was interesting with several suspects (her high school class had a number of mean girls).  The clues are sprinkled throughout the book to aid readers in identifying the culprit.  Poppy does not take to sleuthing right off, but gets better as the story progresses.  She is fortunate to have help from her friends and Aunt Ginny. I believe many readers can relate to high school drama with the bullying mean girls, the jocks and good friends. I like the point the author made about perception.  Every story has two sides with each person having a different perspective. The various storylines were nicely wrapped up at the end of the book.  I did find a repetition of information (a common problem lately in cozy mysteries), and I felt the book was a too long (407 pages).  A little editing would have enhanced the story.  Class Reunions are Murder is a light, humorous cozy mystery that will have readers chuckling through the whole book.  Class Reunions are Murder will be published on January 30.  Midnight Snacks are Murder is the next novel in A Poppy McAllister Mystery series and it will be available on July 31.

I will be back tomorrow with my thoughts on Death by Chocolate Cherry Cheesecake by Sarah Graves.  I hope that you have a stupendous day.  Thank you for visiting, take care and Happy Reading! 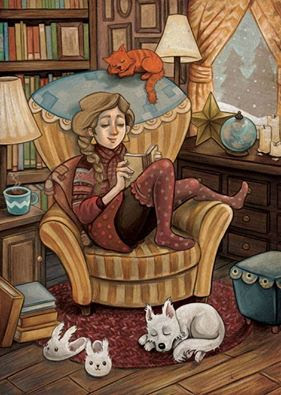