Out of the Ashes: The Heart of Alaska 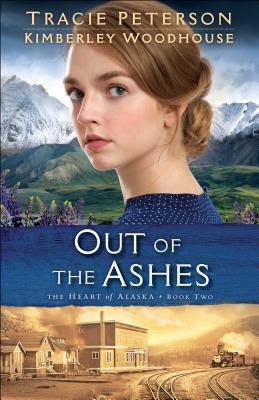 Hello!  Lies that Comfort and Betray by Rosemary Simpson will be published on January 30.  It is the second book in A Gilded Age Mystery series.  What the Dead Leave Behind is the first book in this series.

Out of the Ashes by Tracie Peterson and Kimberley Woodhouse is the second book in The Heart of Alaska series.  Jean-Michel Langelier just lost his father which leaves him responsible for his younger sister, Collette.  Collette has been encouraging Jean-Michel to take a trip to get away from the memories that haunt him, when he receives an invitation from Maria Harrison.  She is asking him to travel to Alaska and stay at the Curry Hotel.  Katherine Demarchis is the widow of Senator Demarchis, but she does not grieve his loss.  The man her father forced her to marry was a cruel, demeaning person.  Katherine just wants to live out her life as quietly as possible, but her grandmother (Maria Harrison) has requested that she accompany her on a trip to Alaska.  After taking the scenic route across the United States, they arrive in Alaska and Katherine is startled to see Jean-Michel.  Katherine and Jean-Michel had fallen in love five years prior in France.  However, her father was against the match and quickly set out arranging a marriage for Katherine.  In the intervening years, they each have experienced different horrors that have changed them (Jean-Michel was a soldier in a war zone and Katherine had an abusive husband).  Will the magic of the Curry Hotel and its congenial staff help these two heal?  Is there a chance for them to have a future together?

Out of the Ashes is nicely written (I like the writing style) and has a good pace throughout the story.  It did, though, take me a while to get into the story.  Once I did, my attention was held until the end.  While Out of the Ashes is the second book in The Heart of Alaska series, it can be read alone.  The religious aspects are prevalent throughout the story (having faith, scripture, forgiveness of others and oneself, power of prayer).  We get to see people discovering God and developing a relationship with Him.   We get good descriptions of the characters, town and area.  This area of Alaska sounded beautiful.  I liked the characters who worked at the hotel.  They are what make the story enjoyable (enhance it). I felt that the authors accurately portrayed how a victim of mental abuse would act and feel.  It is not something that goes away immediately just because the abuser is gone.  It can take many years (if ever) for an individual to get the thoughts to go away. There is, of course, some predictability to the story, and I felt that the book was a little too long (could have used some editing).  There is a lovely ending that wraps up the main storylines.  I give Out of the Ashes 4 out of 5 stars (I liked it).  The next book in The Heart of Alaska series is Under the Midnight Sun.  In the Shadow of Denali is the first book in this series and available through Kindle Unlimited.

If you find my reviews helpful, please consider adding me to your Google+ circle or subscribing via email (at right).  I will be sharing my review of A Song Unheard by Roseanna M. White tomorrow.  The second book in Shadows over England series.  May you have a stupendous day.  Take care and Happy Reading!