Everybody's Somebody: A historical novel by Beryl Kingston 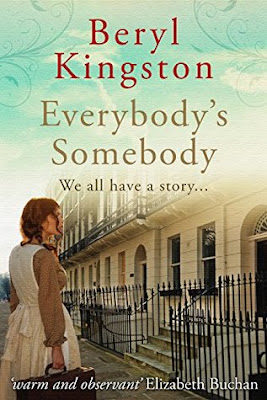 Greetings!  The Fast and the Furriest by Sofie Ryan will be published on February 6.  It is the fifth book in A Second Chance Cat Mystery series.

Everybody’s Somebody by Beryl Kingston is the story of Rosie Goodison.  The book opens to students admiring paintings done by Gerard de Silva in an art gallery.  The girls are drawn to four painting (one for each season) with one woman featured.  There is no mention of the model’s name and the teacher states she is no one of consequence. Rosie Goodison is twelve years old and heading off to work at Arundel Castle as a nursery maid.  Rosie is a determined, smart young woman.  She questions the roles of woman and those of the working class.  Rosie is soon unsatisfied with her work in the nursery and looks for a better position.  Rosie is lucky when she obtains the position of housekeeper for Lady Eden’s two sons for the summer.  It gives Rosie a chance to read the latest newspapers and hear the news regarding the war that is erupting throughout Europe.  After the summer, Rosie decides to venture to London where she works at the RAC Club in Pall Mall.  Rosie is exposed to new experiences thanks to her new friends and coworkers.  She soon meets Jim Jackson, a dockworker.  When conscription begins, Jim is called up and off to war.  Rosie continues her work at the RAC Club where she meets the artist, Gerard de Silva.  The war continues, and it takes its toll on everyone.  When the war ends, Rosie is reunited with her love.  But life is not easy, and they struggle to survive.  Rosie is fortunate to get a job modeling for Gerard.  Will Rosie achieve her dreams?  How will her life turn out?  Join Rosie on her journey in Everybody’s Somebody.

Everybody’s Somebody is nicely written, but I found the pace a little slow.  It is a simple story about the life of Rosie Goodison.  Rosie wishes for a better life.  She does not understand the division of classes.  Rosie is a determined, intelligent feisty woman who struggles to survive in an ever-changing world.  Personally, I did not feel the author pushed the character as far as she could have.  I wanted to see Rosie achieve so much more (the potential was there).  I felt the author captured the era with the language, clothing and descriptions (good attention to detail).   It is evident that Beryl Kingston did her research.  I did feel the name dropping of famous people was forced (too many names).  It did not feel natural (at least for this book).  I was not fond of the alternating POV (it pulls me out of the story).  The author should have stuck with Rosie’s point-of-view for the whole book.  It was difficult to discern the dialect of the characters.  I was baffled (at times) by what the characters were saying (and the words were not in the online dictionary).  The ending felt unfinished.  The story could have used more editing (for content, pace, length).  I did like how the story went full circle (the paintings).  Everybody’s Somebody is a sweet, yet predictable story.  The story is told, but it was not given life.  I just expected more from the description.  Everybody's Somebody is a book on the Kindle Unlimited program.

I appreciate you reading my latest review.  I will be featuring Ella's Journey by Lynne Francis on Monday, January 15.  On Tuesday, I will be sharing my review of Beneath the Summer Sun by Kelly Irvin.  May you have a remarkable day.  Take care and Happy Reading! 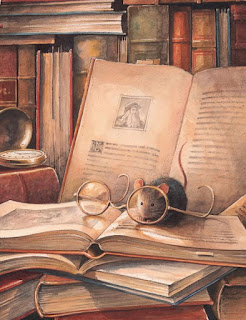