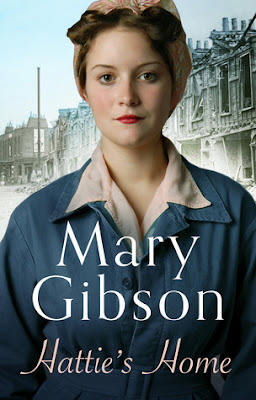 Good Morrow!  Lethal Licorice by Amanda Flower which is the second book in An Amish Candy Shop Mystery series will be published on February 27 (yummy descriptions of candy)!  Mary Gibson is the author of The Factory Girls series (four books) and Hattie's Home.

Hattie’s Home by Mary Gibson sweeps you back in time to 1947 in Bermondsey, England.  Hattie Wright is returning home after serving eight years as a sergeant in the ATS.  Hattie received a letter from her mother, Cissie asking her to return because she was “almost blind”.  Bermondsey was hit hard by the bombs during the war leaving devastation behind.  Many homes were destroyed causing a severe housing shortage.  After traveling two days from Belgium to get home and then being attacked by a gang of kids, Hattie discovers her mother is just fine and has a new beau living with her in the one habitable room of their house.  Unable to find office work, Hattie returns to the Alaska-a fur factory (thanks to her friend, Buster).  While working in the factory, she takes Clara and Lou under her wing.  Clara is returning from Australia disgraced and with a child.  She has no money and her parents will not welcome her in their home.  Clara fell in love with an Australian soldier who was not white and hiding a terrible secret.  Lou is a widow with a mischievous (and unruly) son and a new baby.  She is grieving the loss of her daughter, Sue who died in the bombings along with her husband.  Unable to take living on her mother’s couch, Hattie seeks out a new place to live.  She discovers empty army huts that would be habitable with a few improvements.  One is occupied by a chemist from the Alaska named Joe.  Hattie and others move in to the dwellings, but then Hattie’s ex-fiancé (a dangerous man) decides they want them (and force people to pay rent).  He will go to great lengths to get the tenants to vacate.  Will the tenants be able to defeat the bullies?

Hattie’s Home is well-written, and I was drawn into the book at the beginning.  I thought it was an engaging story.  The author captured the city and what it was like after World War II (the devastation—the bombed-out buildings).  Rationing was still in effect for many years (on food and clothing) and housing was impossible to find (unless you had deep pockets).  The author did her research for the book and incorporated the facts without overwhelming the story (or making it seem like a textbook).  I thought Hattie’s Home was realistic.  Life was hard for these people, but they had hope, love, family, resilience, determination, community and friendship.  The author did not sugar coat the grim realities. I liked how people came together to help each other out (something we do not see today).    Hattie was a great main character.  She is strong, independent, intelligent and spunky.  I liked that Hattie’s Home takes place after the war.  It affected each person differently and we get to experience it from different perspectives in Hattie’s Home. The book has a slower pace, but it goes with the story (suits it).  I found the children flats program creative and a wonderful way to get the kids off the street where they were wreaking havoc (and getting killed from unexploded ordinances).  The ending is heartwarming and will have readers smiling.  This was the first book that I have read by Mary Gibson, but it will not be my last.

Thank you for reading my latest review.  By the way--What did one book say to the other?  I just wanted to see if we were on the same page!  May you have a blissful day.  I will be featuring Liza's Second Chance by Molly Jebber on January 25.  Take care and Happy Reading! 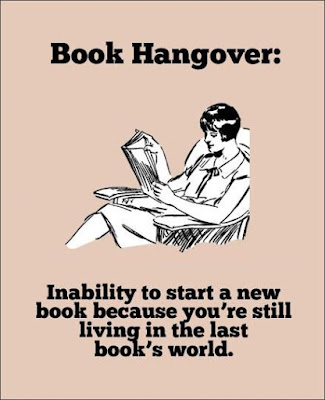