Lies That Comfort and Betray: A Gilded Age Mystery 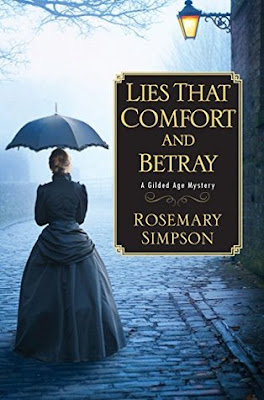 Thank you for stopping by today.  January just flew by so quickly.  The Runaway Wife by Rosie Clarke will be out on February 1.  It is a new historical novel.  Amish Cooking Class - The Celebration by Wanda E. Brunstetter will be available on February 6.


Lies that Comfort and Betray by Rosemary Simpson is the second book in A Gilded Age Mystery series.  It is November of 1888 and Jack the Ripper is terrorizing London with his savage butchery.  Prudence MacKenzie is a partner in the private inquiry firm of Hunter and MacKenzie with Geoffrey Hunter in New York.  Prudence is distressed when her childhood friend, Nora Kenny is ruthlessly murdered and left dead in Colonial Park.  The manner in which Nora was killed mimics the Ripper’s.  She had been expected at the MacKenzie home on Fifth Avenue to help prepare for the holidays.  Where did she go after getting off the ferry from Staten Island?  Then Nora’s fiancé is arrested for the crime and the police make him disappear.    Prudence, Geoffrey and their well-connected assistant, Josiah Gregory start investigating by looking into Nora’s movements the day she died.  They soon discover that Nora had secrets she was keeping from her family and friends.  Then Ellen Tierney turns up dead in the same manner as Nora.  Soon another woman is dead.  There is a murderer loose in New York and the police just want to sweep the deaths under the rug.  What connects the victims?  Prudence and her associates intend to find out and put the killer behind bars.

I thought that Lies that Comfort and Betray would be a historical cozy mystery.  I quickly found out that Lies that Comfort and Betray is a dark and graphic novel.  Readers are given detailed descriptions of the mutilation done to the bodies as well as graphic sex scenes (one person has a strange religious fetish described in detail). There is also foul language in the story.  At the beginning, my attention was captured.  After a while, though, my mind started to wander (I was bored).  I thought the author was wordy and overly detailed (do we need to know what the church smells like for example).  We are given the minutest of details.  This led to a slow pace that lasted throughout the whole book.  We are also given details on what every character is thinking and feeling (including the dog).  I liked Prudence MacKenzie.  I thought she was well-crafted and developed.  She is a strong, intelligent female doing an unusual occupation (studied law with her father). She is also struggling to overcome her addiction to laudanum.   It is a shame that women were not admitted to the New York State Bar at that time.  I also liked the character of Josiah Gregory.  The mystery is one, for the most part, that plays out (which I find frustrating).  The killer is not introduced until the halfway mark and we are given one miniscule clue.  Otherwise, we are not given the details needed until right before the reveal (which is drawn out).  The ending does wrap up all the storylines.  I did appreciate the mention of Jo’s Boys in the story (Prudence was reading it).  While Lies that Comfort and Betray is the second book in A Gilded Age Mystery series, it can be read alone.  The author includes a summary of what occurred in the first book as well as background on the main characters.  With a different writing style this could have been an interesting novel (had potential). The first book in A Gilded Age Mystery series is What the Dead Leave Behind.

I will be featuring The Hat by C.S. Boyack tomorrow.  It is a paranormal novel (a magical hat).  I hope that you have a sensational day.  Take care and Happy Reading! 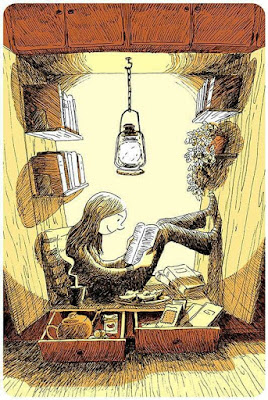