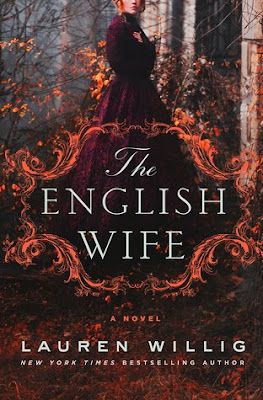 Thank you for visiting today.  Six Feet Under by Tonya Kappes is the fourth book in A Kenni Lowry Mystery series.  It will be available on March 13.  It is a Southern mystery series full of zany antics and quirky characters.

The English Wife is a new novel by Lauren Willig that takes us back in time to 1899.  Annabelle Van Duyuil and her husband, Bayard (Bay) are holding a Twelfth Night Ball at their newly finished home Illyria.  Later that evening, Bay is found stabbed to death in the folly and his sister, Janie catches a glimpse of Annabelle in the river.  It is believed that Bay pushed Annabelle into the river and then killed himself.  Annabelle’s body, though, is not found.  There had been rumors swirling around society that Annabelle had been having an affair with the architect of Illyria.  Janie does not believe the rumors and wants to discover what really happened that night at the ball.  She knows that her mother would never hire a detective, so Janie seeks out assistance from reporter, James Burke.  The pair delve into Annabelle and Bay’s lives seeking answers.  The more Janie learns, the more she realizes how little she knew about her brother and his wife.  Did one of their secrets get them killed? And why did Bay die with saying the name George?

The English Wife sounded like such a great book.  A Gilded Age story with scandals, secrets and murder.  The final product, though, was like being stuck in rush hour traffic.  You move forward very, very slowly.  The pace was slow, and the dialogue was awkward.  There were a couple of good sections, but they were few (and did not make up for the rest of the book).  There are numerous characters (with very similar names) and background stories on each of them.  The book is written with one chapter in present time and the next chapter takes you back when Bay met Georgie.  There are detailed descriptions of homes (inside and out), clothing, art, and plays (many discussions on Shakespeare plays).  The author did capture the lifestyle of the rich living in 1899.  The only likeable character is the reporter, James Burke.  I quickly tired of Janie (whiny) and her overbearing, dominating mother.  The author should have given Janie a strong backbone and a curious nature.  Instead, she retreats into the wallpaper (very much the wallflower).  There is a lot of repetition in the book.  The mystery plays out slowly over the course of the novel and the reveal is anticlimactic.  The identity of the killer was no surprise.  The ending was disappointing with many threads left dangling.  The author was attempting to capture the era with the writing style, but it comes across as contrived.  The connections to the play Twelfth Night are apparent (for those who have read or seen Shakespeare’s play).  The English Wife had potential, but it was not achieved.  I found it a tedious book to read, and I want the hours I spent reading it back.  While I was not a fan of this book by Ms. Willig, it will not stop me from reading her future works.  I have enjoyed reading other novels by this author (The Forgotten Room for instance).

I am off to get some work done.  I will be featuring Everybody's Somebody by Beryl Kingston next time.  Take care and Happy Reading! 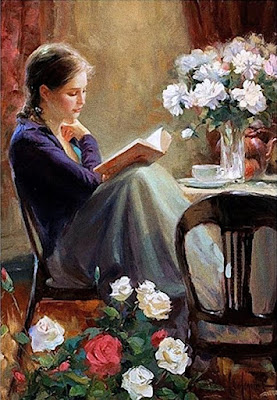