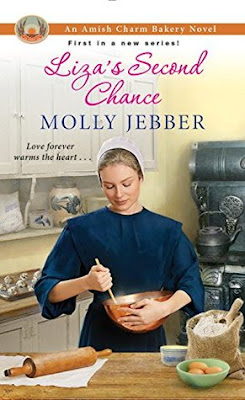 Welcome!  On January 30 there will be some new cozy mystery releases.  They include Survival of the Fritters by Ginger Bolton and Biscuits and Slashed Browns by Maddie Day.  Molly Jebber is the author of A Keepsake Pocket Quilt series and has novellas in Amish Brides and The Amish Christmas Sleigh.  You can follow Ms. Jebber on Amazon and Facebook.

Liza’s Second Chance by Molly Jebber is the first novel in The Amish Charm Bakery series.  We go back in time to 1912 in Charm, Ohio. Paul Schrock purchased the bakery for Liza (as an investment), and Liza considers the bakery her haven.  Liza was happy to be off in her bakery each day making delectable delights for her customers.  It allowed her to be away from her husband’s criticisms (mental abuse).  Paul projected a different persona to the community.  Liza never told a soul about her miserable marriage.  He has been gone a year, and Liza is happy with her single status.  Then Jacob Graber and his troubled daughter, Ellie arrive in town.  Esther, Liza’s sister, believes Jacob would be the perfect mate for Liza (a matchmaker at heart).  Ellie has a belligerent attitude and ruined Jacob’s last relationship.  Jacob moved them to Charm to give Ellie a chance to start over, but the outside world fascinates her.  Liza aids Jacob and Ellie in adjusting to the new town.  She introduces Ellie to her niece, Hannah hoping they will become friends (and it will help Ellie’s attitude).  Things seem to be improving with Ellie, but then she disappears into the English world with a young man. Why did she take off and where did she go?  While Ellie is away, Jacob and Liza spend time together and grow closer.  Jacob wishes to marry, but Liza is reluctant.  What would happen when Ellie returns?  Will there be a happily ever after for Liza and Jacob?

Liza’s Second Chance is nicely written and has a nice flow.  I found the book easy to read.  The author incorporated major events from the time-period like the sinking of the Titanic, the Olympics, and Harry Houdini.  I did find a repetition of information.  Details surrounding Liza’s first marriage for example are repeated several times.  Amish words are interjected into the dialogue.  The meaning of them can be discerned from the text.  Christian elements include scripture, accepting God and his plan for a person’s life, forgiveness, power of prayer and having faith.  We get to see the importance of family and friends.  Liza has a close relationship with her family and they are happy to include the Graber family.  I felt that the author could have developed the characters more.  There is a lack of details on the main characters background that could have given them depth.  I did become annoyed with Jacob at times.  Liza wants to allow time for a friendship to develop between herself and Ellie, but Jacob keeps forcing the issue.  His lack of understanding was frustrating for me.  Liza’s Second Chance is a light, sweet Amish romance that will appeal to fans of Amish fiction.  Liza's Second Chance will be released on January 30.

I hope you find my review helpful to you.  If you like my blog, please consider following it (upper right).  I will return tomorrow with my evaluation of Class Reunions are Murder by Libby Klein (her debut cozy mystery).  I hope you have a smashing day.  Take care and Happy Reading! 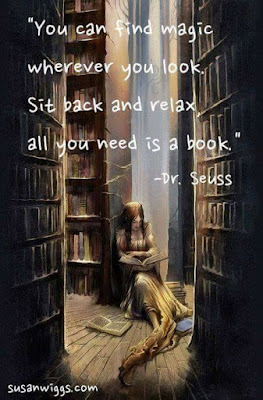