The Hostess with the Ghostess: A Haunted Guesthouse Mystery 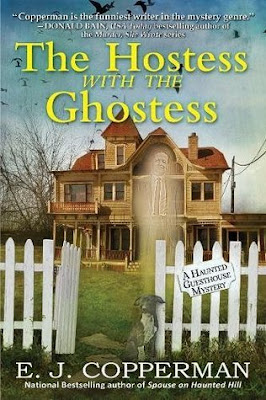 Welcome!  Class Reunions are Murder by Libby Klein will be available on January 30.  It is the first book in A Poppy McAllister Mystery series.


The Hostess with the Ghostess by E.J. Copperman is the ninth book in A Haunted Guesthouse Mystery series.  Alison Kerby owns the Haunted Guesthouse in Harbor Haven, New Jersey.  The spook shows have lost their luster since Paul Harrison departed to see the world, so Alison has assembled the group to see how to improve them.  They are talking when a new ghost arrives and introduces himself as Richard Harrison, Paul’s brother.  He is looking for his PI brother because he needs his assistance.  Richard was a criminal defense attorney defending Cassidy Van Doren who was accused of murdering her stepfather.  It seems that Richard had stumbled upon something that would clear Cassidy of the crime, and Richard was silenced before he could reveal it.  Alison, with the help of her ghostly sidekicks, sets out to find Paul as well as who framed Cassidy and murdered Richard.  Someone, though, is not happy with Alison’s inquiries and attempts to derail her investigation.  Where is Paul and will Alison be able to find him?  Can Alison find the murderer so Richard can move on or will she become the killer’s next victim?

The Hostess with the Ghostess is the ninth book in the A Haunted Guesthouse Mystery series, and I suggest reading the books in order.  Otherwise, the numerous characters can be confusing (at least for the first several chapters).  The author does provide the details on how Alison along with her mother and daughter came to see ghosts.  Other details include her purchase of the guesthouse and her recent marriage (hubby has a minor role in book). The first half of the book felt very circular (like I was on a merry-go-round).  The same details are gone over again and again (lots of speculation and reiteration).  The plot failed to move forward (and my attention started wandering because I was bored).  Several times I wanted to give up on the book (but I persevered).  Progress is made in the second half of the story.  The mystery plays out slowly with clues provided as Alison discovers them or someone remembers to impart an important detail.  One little tidbit gives away the identity of the killer. I am glad that Alison is more open to detective work (finally), but she needs to work on her questioning technique.  Alison alienates people with the way she asks questions.  I like the relationship between Alison and her daughter.  Melissa is my favorite character, and I hope she will have a bigger role in the future.  There is humor in the story thanks to the ghosts and their various antics.  The Hostess with the Ghostess is a light-hearted cozy mystery with quirky characters (alive and dead), a mystery and zany humor that will appeal to many readers.

Thank you for reading my latest book review.  Next time I will be featuring For Better or Worse by Donna Huston Murray.  It is the eighth book in A Ginger Barnes Main Line Mystery series.  I hope that you have a breathtaking day.  Take care and Happy Reading! 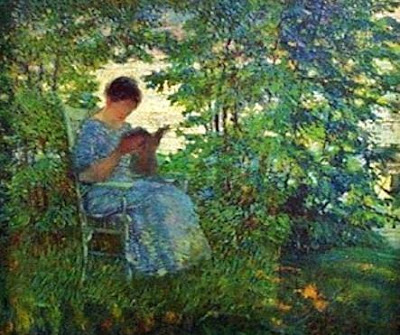