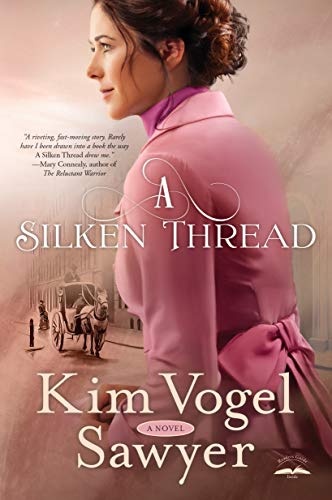 Happy April Fool's Day!  Mother's Day Mayhem by Lynn Cahoon will release tomorrow along with The Tinderbox by Beverly Lewis.  The Patient One by Shelley Shepard Gray and An Amish Reunion by Amy Clipston, Beth Wiseman, Kelly Irvin and Kathleen Fuller are out on April 9.  Dragons of Bourbon Street by Deanna Chase releases on April 16.  It is the ninth book in The Jade Calhoun Series.  There are many delightful new books coming out this month (there needs to be more hours in the day)!

A Silken Thread by Kim Vogel Sawyer takes readers back to September 1895 in Atlanta, Georgia.  Laurel A. Millard is eighteen years old and lives with her mother, Adelia.  She is surprised when her siblings (all five of them) stop by while their mother is napping.  They expect her to give up marriage and family to take care of their mother until she passes away.  Laurel hopes that she can find a man that loves her and is willing (and wealthy enough) to let her mother live with them.  The city is preparing for the upcoming Cotton States and International Exposition.  Laurel applies to be a silk weaver at the exposition in the hopes of finding a wealthy suitor.  Langdon Rochester has been told by his father that he is to become his apprentice at Rochester Steam Powered Engines, and he has one year to marry a suitable woman.  Failure to comply means losing his substantial inheritance.  Langdon runs into Laurel at the exposition where Rochester has a booth and feels she is the right woman for him.  Langdon believes he can mold Laurel into the type of wife he desires and would still be able to pursue his extracurricular activities. 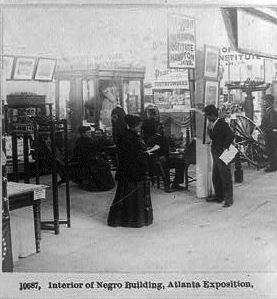 Willie Sharp is a factory worker at Rochester Steam Powered Engines and has been caring for his father since his stroke.  His father, Otto needs to be in a convalescent home to recover his lost abilities and working at the exposition would provide him with the necessary funds.  Willie is hired as a security guard and his best friend, Quincy Tate is hired as a groundskeeper.  Willie is surprised by the attitude of his co-workers toward the black employees especially since one of them is his best friend.  After a terrible incident in the Silk Room, Willie is assigned to guard it.  Laurel gets to know Willie along with Quincy.  Langdon does not want Laurel associating with Willie and attempts to thwart their friendship.  When a terrible injustice is done to Willie, Laurel and his friends rally to assist him.  Is Langdon the right man for Laurel?  Come along for an eye opening journey to Cotton States and International Exposition in A Silken Journey. 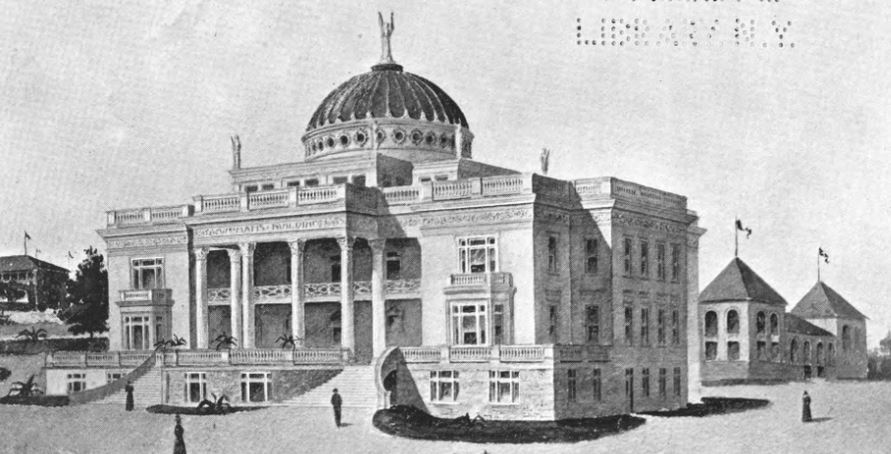 A Silken Thread is a tale of friendship, social inequality, racial prejudices, faith and love.  It was interesting to learn about the Cotton States and International Exposition that occurred in Atlanta in 1895.  It is located in what is now Piedmont Park.  The authors descriptions brought the venue alive.  I found A Silken Thread to be well-written and it progresses at a gentle pace.  I like how Kim Vogel Sawyer incorporated the historical (she captured this period in time) and Christian elements into the story.  They are interwoven with the characters storylines and enhance the book.  The characters are complex and realistic.  Laurel is a naïve eighteen year old who wants to find someone to love her.  A man who will make her heart sing the way her father did for her mother.  She is not worldly or sophisticated which draws Langdon to her.  Laurel is a Christian woman who does not understand people’s prejudices.  Willie is a kind man with a big heart.  He wants what is best for his father and is willing to work hard to make it happen.  Langdon is a selfish man who only thinks of himself and how he can manipulate others to get what he wants from them.  Quincy has a sweet family and a good friend in Willie.  The point-of-view switches between the four characters as their stories unfold.  One of my favorite lines In A Silken Thread was that we should treat others as we want to be treated (Luke 6:31 Do to others as you would have them do to you).  Having faith, importance of prayer and following God’s path for your life are some of the Christian elements incorporated into the story.  I thought the author captured how each character would speak.  I liked learning more about silk, the process of extracting it, and how it is woven.  It is explained in easy to understand terms.  The author addressed sensitive topics deftly in A Silken Thread (racial injustices, social inequality).  Friendships are tested in A Silken Thread along with individuals’ beliefs.  There are discussion questions at the end of the book. A Silken Thread is a compelling and poignant historical novel. 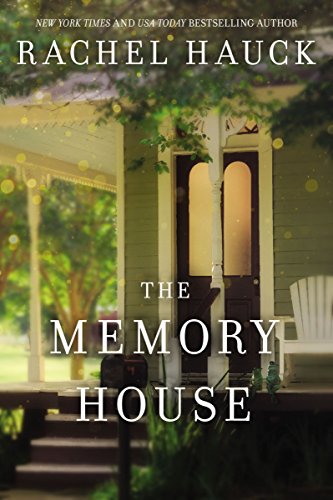 A Silken Thread will be published on April 2.  Thank you for stopping by today.  I will return tomorrow with my review of The Memory House by Rachel Hauck.  Please take a moment to stop by & see what I thought about this Christian novel.  May you have a blessed day.  Take care and Happy Reading! 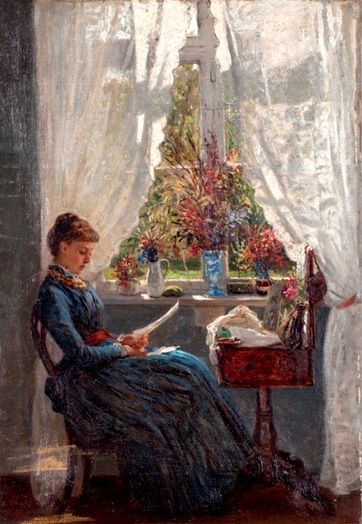