Murder at the Marina by Janet Finsilver: Review and Excerpt

Murder at the Marina

Murder at the Marina (A Kelly Jackson Mystery)

Kelly Jackson, manager of the Redwood Cove Bed and Breakfast, is fond of the Doblinsky brothers, Ivan and Rudy, members of the Silver Sentinels, a crew of crime-solving senior citizens in their Northern California seaside hamlet. After she discovers a jewel-encrusted dagger—with what appears to be dried blood on the blade—on their fishing boat, they share their family history with Kelly, and she learns that the knife may be part of a set from their long-ago childhood in Russia. Its sudden reappearance is eerie, but the mystery grows much more serious when a body is found on the boat. The victim was staying at Kelly’s inn, in town for a Russian Heritage Festival, and some of the organizers were clearly harboring some bitterness. But the story behind this murder seems as layered as a nesting doll—and Kelly’s feeling completely at sea . . .

Janet Finsilver is the USA TODAY bestselling author of the Kelly Jackson mystery series. She worked in education for many years as a teacher, a program administrator, and a workshop presenter. Janet majored in English and earned a Master’s Degree in Education. She loves animals and has two dogs–Kylie and Ellie. Janet has ridden western style since she was a child and was a member of the National Ski Patrol. One of the highlights of her life was touching whales in the San Ignacio Lagoon. MURDER AT REDWOOD COVE

, her debut mystery, was released on October 13, 2015. Her second book, MURDER AT THE MANSION

Murder at the Marina by Janet Finsilver is the fifth A Kelly Jackson Mystery.  Kelly Jackson is the manager of Redwood Cove Bed and Breakfast in Redwood Cove, California.  The B&B along with the other inn’s in town are booked for the upcoming Russian Heritage Festival.  Kelly has been invited to tour the Doblinsky brother’s boat, Nadia.  Kelly has gotten to know Rudy and Ivan Doblinsky through the Silver Sentinels—the crime solving senior citizens who have helped Kelly solve several mysteries.  She arrives at the boat and discovers a jeweled dagger with blood on it.  Rudy says the knife is similar to one he owns that he inherited from his father that is part of a three piece set.  Over tea, Ivan and Rudy share their surprising ancestry with Kelly along with a secret.  Then Alexander Koskov, who owns Russian Treasures and one of the organizers for the Russian Heritage Festival, is found dead on the Nadia.  With Rudy and Ivan suspects in the crime, Kelly assembles the Silver Sentinels to help disseminate the clues.  Kelly delves into the case looking for clues and questioning suspects.  Matters take a downward turn when another body is found on the Doblinsky’s boat.  Can Kelly solve the crime before the killer strikes again?

Murder at the Marina may be the fifth A Kelly Jackson Mystery, but it can be read as a standalone.  The author provides the necessary background information for new readers.  Kelly Jackson loves her job as the manager of the Redwood Cove Bed and Breakfast.  She has made some good friends and has a budding romance with Scott Thompson who manages the Redwood Cove Community Center.  Kelly is a friendly character who continues to develop in each story.  She is trying to get over her trust issues with men and she is learning how to cook.  Scott decides to give her a baking lesson which gave me the giggles.  After an incident with flour, she tells Scott that he “would make a very distinguished Silver Sentinel”.  The Silver Sentinels are a diverse group of older men and women who each bring a different talent to the group.  I hope we get to learn more about each member as the series progresses.  I thought Murder at the Marina was well-written with steady pacing which made for an easy to read story.  I enjoyed getting to know more about Rudy and Ivan Doblinsky.  I believe readers will be surprised at their heritage.  I found the Russian aspects of the story very interesting.  I delighted in the descriptions of the Cossack riders and their demonstration.   I thought the mystery in this edition was more complex. The conclusion of the whodunit was just fabulous and had me quickly flipping the pages of my e-reader.  It is an action packed reveal which I just loved.  Helen, Tommy, Allie and the dogs add to this charming cozy mystery.  Gus and Fred, the two dogs, are adorable and clever.  I could have done without the case details being repeated (seems like Kelly would get information, share with Deputy Bill Stanton, then with Silver Sentinels).  Murder at the Marina combines murder, a Russian dagger, senior sleuths, a nosy B&B manager, Cossack riders and a helpful hound into one diverting cozy mystery. 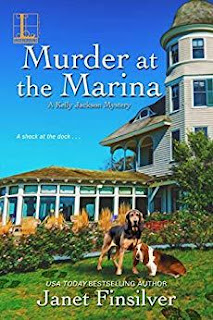 Here is an excerpt for your reading pleasure:


I straightened my back. “Not any ordinary knife.”

“I agree. If those are real jewels, it’s worth a fortune.”

“Bill, while I was waiting for you on the deck, I thought about how someone would be able to see the knife. It wasn’t easy from the window I used, and you can’t see it from the window next to it because it’s blocked.

You could see it from the windows on the other side of the galley, but that would mean someone walked around the boat.”

“Good thinking, Kelly. Our anonymous caller is a trespasser.”

A tooting horn I’d become familiar with announced the arrival of the Redwood Cove/Fort Peter bus.

We climbed the ladder and stood on the deck. The brothers were walking toward us. There was never a concern about confusing Rudy and Ivan, even at a distance. Ivan towered over his brother.

For every one of Ivan’s rough edges, Rudy had a neat line. Ivan’s coarse gray hair had a life of its own. I’d seen him brush it, only to have it spring back up in every direction. Rudy’s silver hair, on the other hand, had a soft sheen and seemed to
be happy to stay in place, each hair having found a permanent home.

Ivan’s mustache was a mate for his hair. He’d tried to train it once, only to declare defeat with loud grumbles. Rudy’s didn’t have a hair out of place, and military precision would describe the perfect line of his cut. Ivan’s loud voice boomed despite his efforts to control it, and his Russian accent was more pronounced than his brother’s. Rudy was a quiet man and spoke almost perfect English unless he was flustered.

“Hi, Kelly. You beat us here.” Ivan stood a little straighter and puffed out his chest. “What you think of our Nadia?”

“She’s beautiful, Ivan.” I looked at the dazzling white boat and the sparkling brass. “Your love for her shows with the great care you’ve given her.”

“Yah. She’s our Nadia.” He beamed affectionately at the boat.

Rudy looked at Deputy Stanton quizzically. “Deputy Stanton, to what do we owe the pleasure of your visit?”
Stanton got right to the point. “Got a call about a dagger possibly covered in blood on a table on your boat.”

The deputy inclined his head toward the boat’s cabin. “Come see.”
They climbed on the boat, then descended into the main quarters. Rudy walked to the table and stopped, his eyes glued to the jeweled weapon.

“Is that your knife?” Stanton asked.

“I have one like it a home, or at least the last I knew, that’s where it was. I haven’t looked at it in a while.”

“You have a knife just like this…jewels and all?” Stanton asked.


Rudy nodded. “Yes. So…that one’s mine…or one identical to it.” 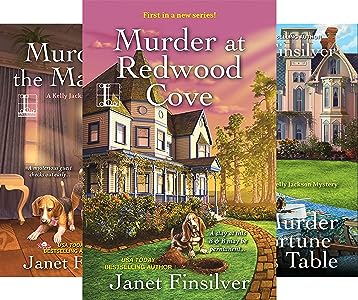 Murder at the Marina is available at Amazon, Barnes & Noble, Kobo and Google Play.  You can find a complete list of the books in A Kelly Jackson Mystery series here. Thank you for stopping by today.  I hope I have helped you to find a new book to read. Please take the time to visit the other stops on the tour for spotlights, character interviews, characters guest posts, reviews, author interviews and other excerpts.  I am going to share my thoughts of The Tinderbox by Beverly Lewis tomorrow.  I hope you have a spectacular day.  Take care and Happy Reading!

April 12 – View from the Birdhouse – SPOTLIGHT 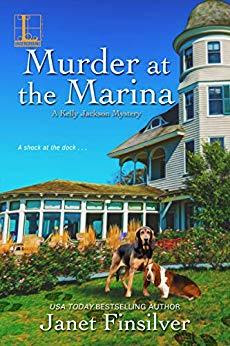