The Memory House by Rachel Hauck: Review & a Giveaway! 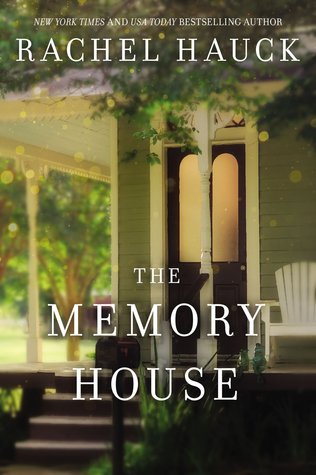 Rachel Hauck is an award winning, New York Times, USA Today, and Wall Street Journal  best selling author.  The Wedding Dress was named Inspirational Novel of the Year by Romantic Times Book Reviews.  Rachel is a double RITA finalist, and a Christy and Carol Award Winner. Once Upon a Prince, first in the Royal Wedding Series, was filmed for an Original Hallmark movie.  She has been awarded the prestigious Career Achievement Award for her body of original work by Romantic Times Book Reviews.  A graduate of Ohio State University (Go Buckeyes!) with a degree in Journalism.  She is a devoted Ohio State football fan.  Rachel lives in Florida with her husband and cat.  Rachel Hauck has also written The Love Letter, The Wedding Dress, The Writing Desk and The Wedding Shop.  Readers can connect with Rachel Hauck on Facebook, Twitter and Instagram.  For more information about her books visit her website. 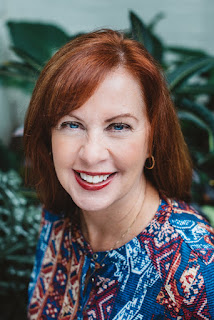 The Memory House by Rachel Hauck is a gripping tale.  Beck Holiday lost her father on 9/11 and while grieving, she lost her memories of him as well.  She is now a police officer in New York known for being an Ice Queen, but things have changed recently.  After assaulting a suspect for using a dog as a drug mule, Beck is suspended for four weeks.  At the same time, she receives a letter from Joshua Christian notifying her that has inherited a home in Fernandina Beach, Florida.  As Beck needs time to sort out her life, she heads to Florida with her new best friend, Beetle Boo (the ill-treated dog).  Beck encounters Bruno Endicott, a sports agent, at Everleigh’s memorial who remembers the fun times they had together as teenagers and that Beck was his first love.  Unfortunately, Beck has no memories of Bruno nor the house she inherited from Everleigh Callahan on Memory Lane.

Everleigh Callahan was happily married in 1953 and expecting her first child when a tornado whirls through Waco, Texas leaving her a widow.  Six years later, Everleigh is living an uneventful life with her widowed mother and working at the local florist shop.  One day she runs into Don Callahan who invites her to dinner which sparks a change in Everleigh’s life.  Everleigh would like a relationship with Don, but she has a secret that is holding her back.  Everleigh is afraid that if Don learns what she did, he would want nothing to do with her.  In addition, Everleigh is afraid of letting go of her first husband whom she loved dearly.

Two women separated by decades need to deal with the past and they have two men willing to assist them.  The Memory House has a way of providing comfort to its inhabitants.  With love and faith, Beck and Everleigh can heal and have a beautiful, fulfilling future.

Click here for an excerpt of The Memory House. 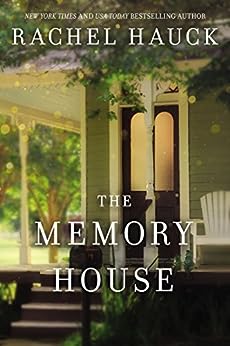 The Memory House is another beautiful story by Rachel Hauck.  The Memory House is told from the perspective of Beck, Bruno, Everleigh and Don.  We get to see how each of them came to be at the Memory House.  The Memory House is well-written with thoughtful pacing.  The characters suit the story and I like that we get to see them grow as individuals and in their faith.  In The Memory House Don and Bruno help Everleigh and Beck deal with their grief.  Grief takes a terrible toll on an individual and we each handle it differently.  Beck was a teenager when her father died, and her mother was busy.  She handled her grief by forgetting.  Everleigh lost her husband, father, in-laws and her home all on one day.  She clung to her grief and memories.  Beck is now suspended from the force and dealing with a personal issue that will forever change her life.  She was unprepared to meet Bruno with his continual references to their summers spent together when they were kids.  Both women must deal with the past or they will be stuck living a half-life.  God has a plan for these ladies’ lives.  Joshua Christian was a mysterious character who provided little nudges when needed.  I was little surprised to find intimate relations with a married man included in this Christian story along with violence to a suspect (even though he deserved it).  Beetle Boo’s story will have you in tears.  I wanted to take the sweet little dog into my arms and comfort him.  Christian elements are light but impactful.  It is true that God does work in mysterious ways.  I enjoyed Beck’s Gilmore Girls marathon and the references to the characters (one of my favorite shows).  My favorite sentence from The Memory House is “You could be Lana Turner or Marilyn Monroe on the outside, but if you ain’t got Jesus on the inside?  Well, just leave your lipstick and mascara at home.”  I liked how the characters stories connected and the book ended.  The Memory House is one of those books that stay with you and puts a person in a reflective mood. 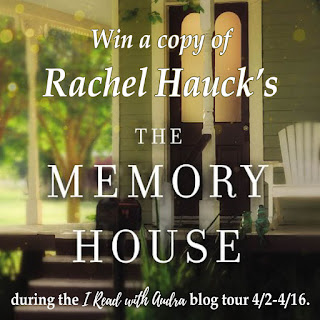 The Memory House is available on Amazon, iBooks, Google Play, Kobo, CBD, and Barnes & Noble.  There is a giveaway for the I Read with Audra blog tour.  You can click here to enter or use the Rafflecopter form below.   Thank you for stopping by today.  I hope you will return tomorrow when I share my review of The Spitfire Girl in the Skies by Fenella J. Miller.  Take care and Happy Reading!